Gray Matters: Anthony Joshua-Andy Ruiz Jr. and the big lesson to be learned 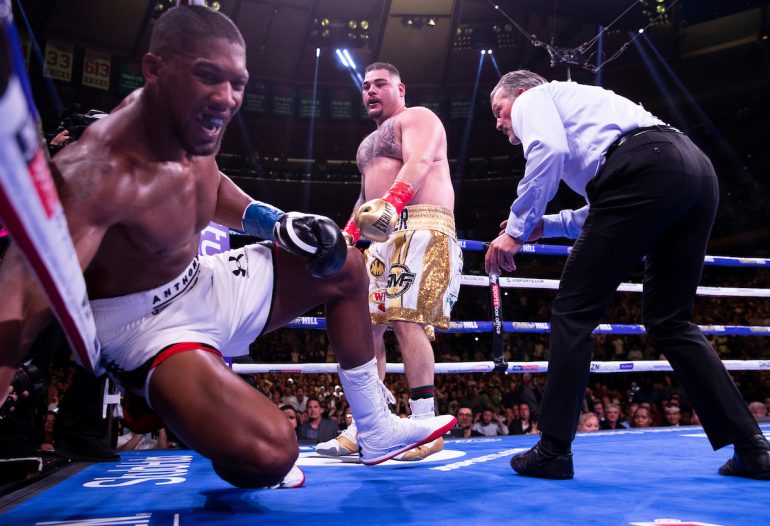 Once upon a time there were two unbeaten heavyweight titleholders at the peak of their careers. Both had fight-ending power. Between them they held every world championship belt available. It was an undisputed heavyweight title fight to die for, the first since Lennox Lewis defeated Evander Holyfield 20 years ago. Millions of dollars were at stake. It was a chance to make glamour division history.

Remember the old Roadrunner Show when the coyote would fall off a cliff and there would be a couple of seconds delay before a puff of smoke appeared? That same fate has just befallen an Anthony Joshua-Deontay Wilder superfight. Is that overstatement? Perhaps, after all both men could  clash for the undisputed championship down the road. Joshua might very well bring Ruiz over to a 90,000-seat stadium in the U.K. and right this wrong emphatically in front of an adoring home support. And oddsmakers will likely install the former titleholder as favorite to avenge his seventh-round stoppage loss at MSG.

But Joshua-Wilder has lost its luster regardless. In the same way that Mayweather-Pacquiao could never “really” be Mayweather-Pacquiao because Juan Manuel Marquez had almost punched Pac Man’s head clean off, Joshua-Wilder has taken a similar hit. Mayweather and Pacquiao danced around each other for five or six years, making millions against other opponents while frustrating the life out of the boxing world. When they finally got together, the event was a financial record-breaker, but the majority of fight fans look back at the May 2015 bout with utter contempt. Just look at how Leonard-Duran or Leonard-Hearns are viewed by comparison. Two fights that happened when they were supposed to.

Between March 1971 and September 1976, there were six heavyweight championship bouts involving Muhammad Ali, Joe Frazier, George Foreman and Ken Norton. That’s more than one heavyweight superfight per year. These events made the world stop and there was an air of expectancy about the matchups taking place. It doesn’t happen like that anymore and the reason is simple. “The thing that’s really changed is there’s money available for heavyweight champions to fight just about anyone,” Foreman once told me. “In the 70s, you only made big money by taking on a champion who put bread on the table. You had to face great fighters.” 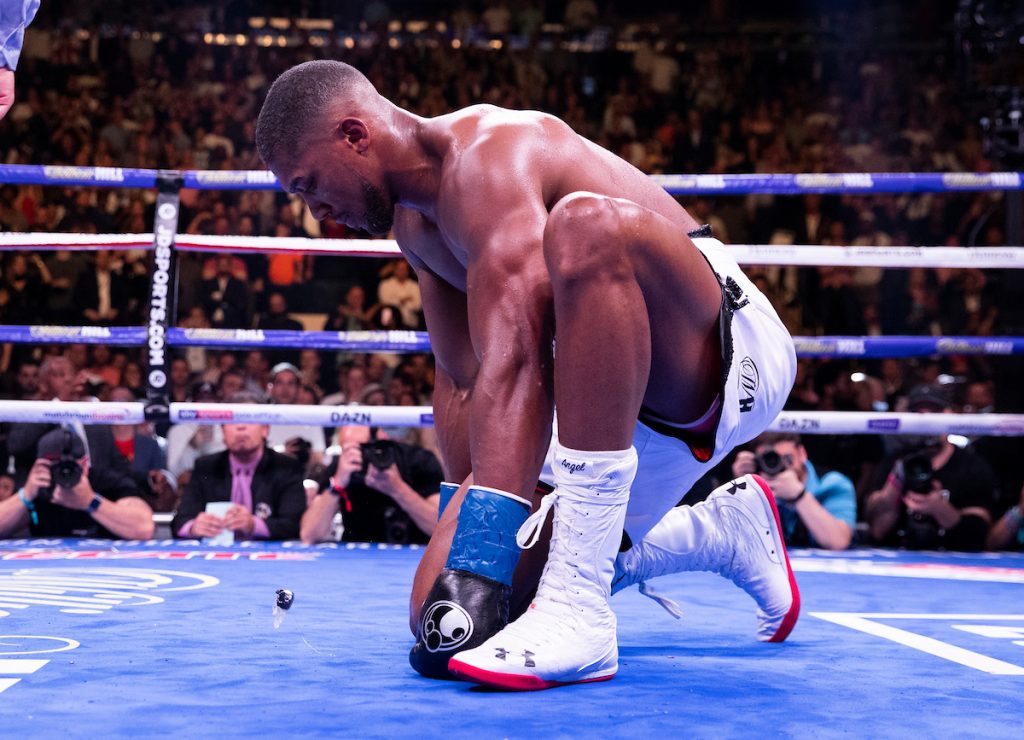 A couple of weeks ago Wilder lamped (that means “punched” in British idiom) big Dominic Breazeale with a thunderbolt right hand, knocking him out in one round. It was the American’s ninth WBC title defense and a contender for knockout of the year. How much demand was there for that fight going in? Pretty much zero. I picked Wilder to win – everyone did – but, interestingly enough, I also put a £10 bet on Breazeale because I felt Wilder might get complacent. Turns out, I picked the wrong upset. I should have waited a couple of weeks and put the £10 on Ruiz.

Everyone in the boxing business should learn a lesson from what happened on June 1, 2019. Promoters and managers should avoid Twitter wars, discussing streaming giant deals, contract options and purse splits. Even fans are at it for God’s sake. At the end of the day, there’s so much money flying around that you should be able to make a fight between any two human beings on the face of the earth. The fans deserve it and, as we’ve just seen, wait around long enough and shit will undoubtedly hit the fan. Are you listening, Tyson Fury? (Fury fights the unheralded Tom Schwarz in Las Vegas on June 15).

A final word must go to the new unified heavyweight titleholder, Andy Ruiz Jr. As he stood proudly listening to the Mexican national anthem, Ruiz was heckled by hordes of idiots around the ringside area over his body shape. “You fat bastard!” they cried in unison. “Get your tits out for the lads!” they sang. Not one of them would dare say any of that to Ruiz’s face, but it’s easy to be brave when you’re several feet out of punching range. One wonders how those individuals feel now.

Ruiz beat a very good – not a great – fighter on Saturday night. Anthony Joshua is a terrific athlete, a good man and a wonderful ambassador for the sport. His rapid rise to prominence and those sellout nights at the Wembley and Principality stadiums have produced unforgettable moments. There will be more to come, but right now we need to see how the popular Englishman copes with adversity. Let’s hope that Wilder and Fury join in and make the fights the fans want to see.

Then we can all live happily ever after.