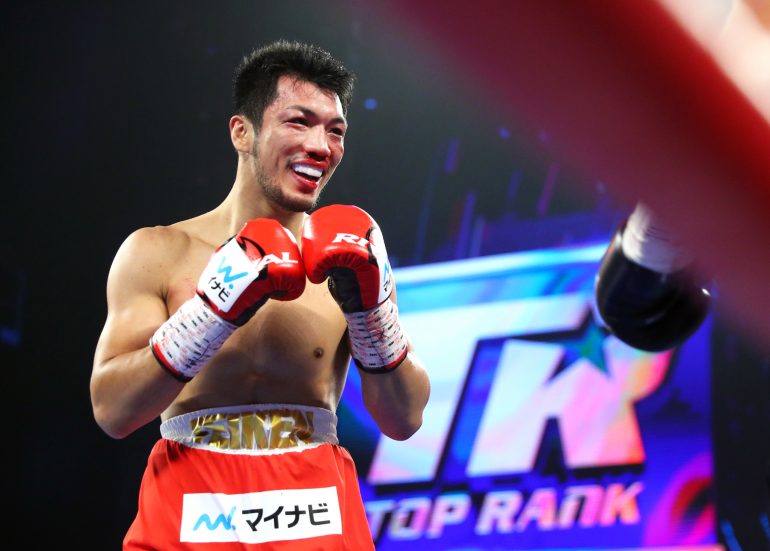 Photo by Mikey Williams/Top Rank
22
May
by Nick Skok

Revenge is best served cold. In Tokyo they serve it raw with a cup of sake. Ryota Murata told The Ring he has the right ingredients this time around to dish out the necessary damage to turn back the American Rob Brant and get his revenge.

In their last contest Brant came into the bout so overlooked that plans were already in motion for Gennadiy Golovkin to travel to Tokyo for a fight with Murata. Instead of that storyline we got Brant putting in a record number of punches for a middleweight contest and upsetting the Japanese star.

So what’s different this time around? For one thing the fight will be on Murata’s home turf. “We are fighting in Osaka. It is close to my hometown Nara. Fighting here is one of my new motivations. Fighting at home is also a very big advantage,” said Murata (14-2, 11 knockouts), who gets his chance at revenge on July 12 at EDION Arena.

More importantly than the location is the 2012 Olympic gold medalist’s mindset. “My motivation is back! Maybe last time I didn’t have any motivation because I was a little tired of boxing. Losing my last fight [to Brant] gave me that motivation back.”

Murata doesn’t expect a different Rob Brant, he expects to show us his improvements instead. “I think he’s confident to face me because in the last fight he won completely. Now I want to show him a new Murata.”

After watching Murata train before his last fight, it was obvious he wasn’t all there. A languishing illness and admitted lack of motivation all added up to a training camp that failed to secure a win. This time around it’s easy to see that Murata isn’t just making noise, he’s making progress. A noticeable smile and upbeat energy has lit up Teiken.

Don’t let the smile fool you. “I’m looking for revenge. I’m not angry with Rob Brant, I’m just disappointed in my last performance. Now my motivation is to show that new Murata.”