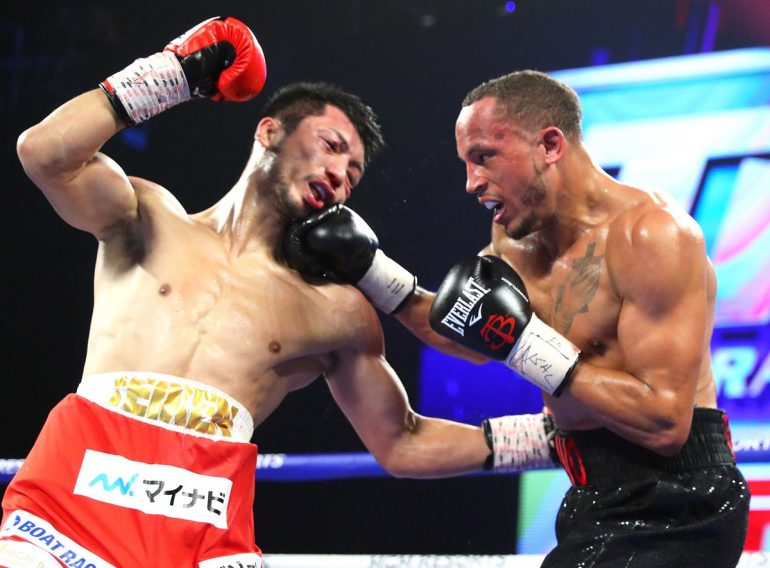 Ryota Murata was talking about a potential big-money showdown with Gennady Golovkin going into Saturday’s bout against Rob Brant. The Japanese star should have focused 100 percent on the unheralded-but-capable American middleweight.

Brant (24-1, 16 knockouts), a 28-year-old St. Paul, Minnesota native, bounced back from a decision loss to Juergen Braehmer last October, to score the biggest victory of his six-year professional career at the Park Theater inside the Park MGM in Las Vegas, Nevada.

Brant outboxed, outworked and outmaneuvered the aggressive but one-dimentional holder of the WBA’s “regular” title for 12 entertaining rounds, averaging 100 punches per round en route to unanimous decision scores of 119-109 (twice) and 118-110.

“I had no idea I threw that many punches,” Brant said during his post-fight interview with ESPN’s Bernardo Osuna. “I wasn’t thinking about punch output, I was just thinking about winning, but outworking him was one of the keys to victory.”

Brant bloodied Murata’s nose and raised a mouse under the 2012 Olympic 165-pound champ’s left eye during the opening round. The blood and facial bruising didn’t seem to bother Murata (14-2, 11 KOs), a 32-year-old Tokyo resident, who stalked Brant like Michael Myers for the entire fight, grinning like a serial killer during the early rounds.

Brant needed to be gassed up because Murata, who earned the WBA strap with a seventh-round stoppage of Hassan Ndam last October after suffering a controversial decision loss to the veteran in May, had moments in the middle rounds. The pressure fighter appeared to suck Brant into a slugfest in Round 5 after landing hard 1-2 combinations and lefts to the body. Brant gamely fired back with 1-2 combos of his own over the next two rounds, but as the bout became more grueling it seemed to favor the more physical fighter. However, Murata was unable to break Brant physically or mentally.

The Minnesotan caught a second wind down the stretch of the fight and got back to his busy jab and lateral movement. In the championship rounds, Brant withstood a desperate rally from the no-longer smiling Murata and was able to land head-snapping two-and-three-punch combinations for every single right hand the Japanese fighter scored with.

When asked who he was targeting after the huge upset and secondary-title victory, Brant chose not to fall into the same pitfall that ensnared Murata.

“My key to winning going forward is not to look ahead and just to stay focused on what’s in front of me,” Brant said.