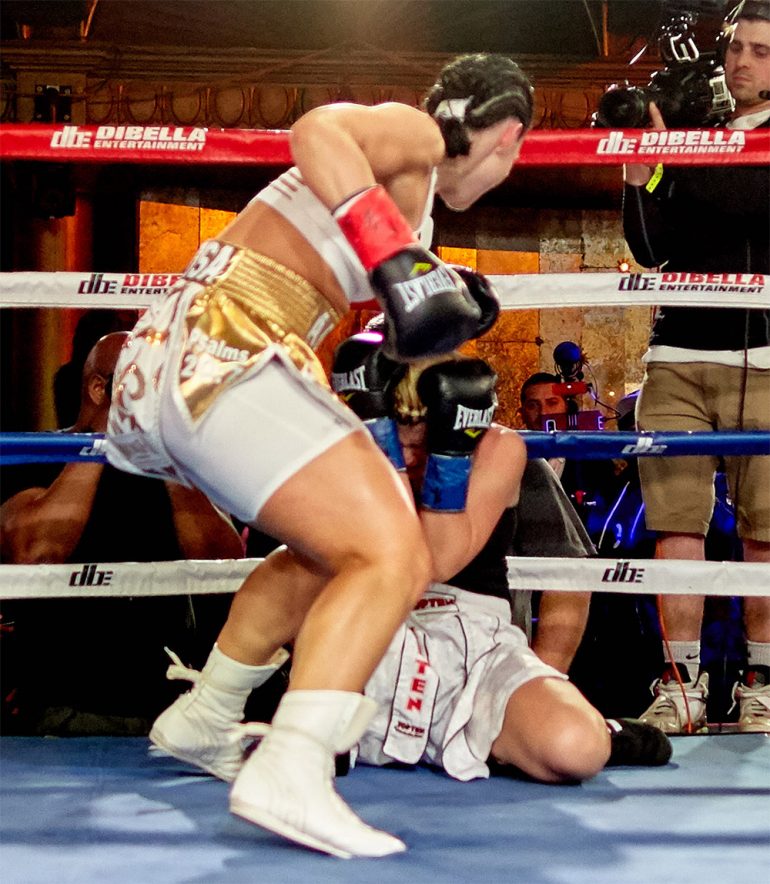 There’s a pattern that club fight cards tend to follow.

There were seven fights on the April 10 DiBella Entertainment fight card at Sony Hall in New York. The house fighters (coming out of the red corner in each instance) won all of them. There was never a moment when the outcome of any bout was in doubt. Out of forty-six scheduled rounds of boxing, the underdog won zero.

The room was filled to capacity before the first fight began. The crowd enjoyed the show. There was lots of action. Fighters threw clubbing blows against opponents who didn’t know how to avoid them. The course of each bout was dictated by how much punishment the opponent was willing — and able — to take. The fights were “fair” in the sense that the same rules applied to each fighter. But kids in a schoolyard understand that, when the class bully beats up a non-athletic kid, it isn’t a “fair” fight. Most of the underdogs tried to win. But inevitably, hope gave way to discouragement and defeat.

Two fights on the card showed boxing at its worst.

In the fifth bout of the evening, Alicia Napoleon beat up a woman named Eva Bajic. Napoleon entered the ring with a 10-1 record and a WBA belt. She can fight. Bajic had 16 defeats on her ring ledger including losses in her most recent five fights. The New York State Athletic Commission shouldn’t have allowed the fight to happen. The conduct of the bout was worse. Napoleon knocked Bajic down twice in the second round. Each time, she appeared to punch Bajic after the knockdown, but the referee seemed to not notice. NYSAC chief medical officer Nitin Sethi intervened to stop the slaughter. 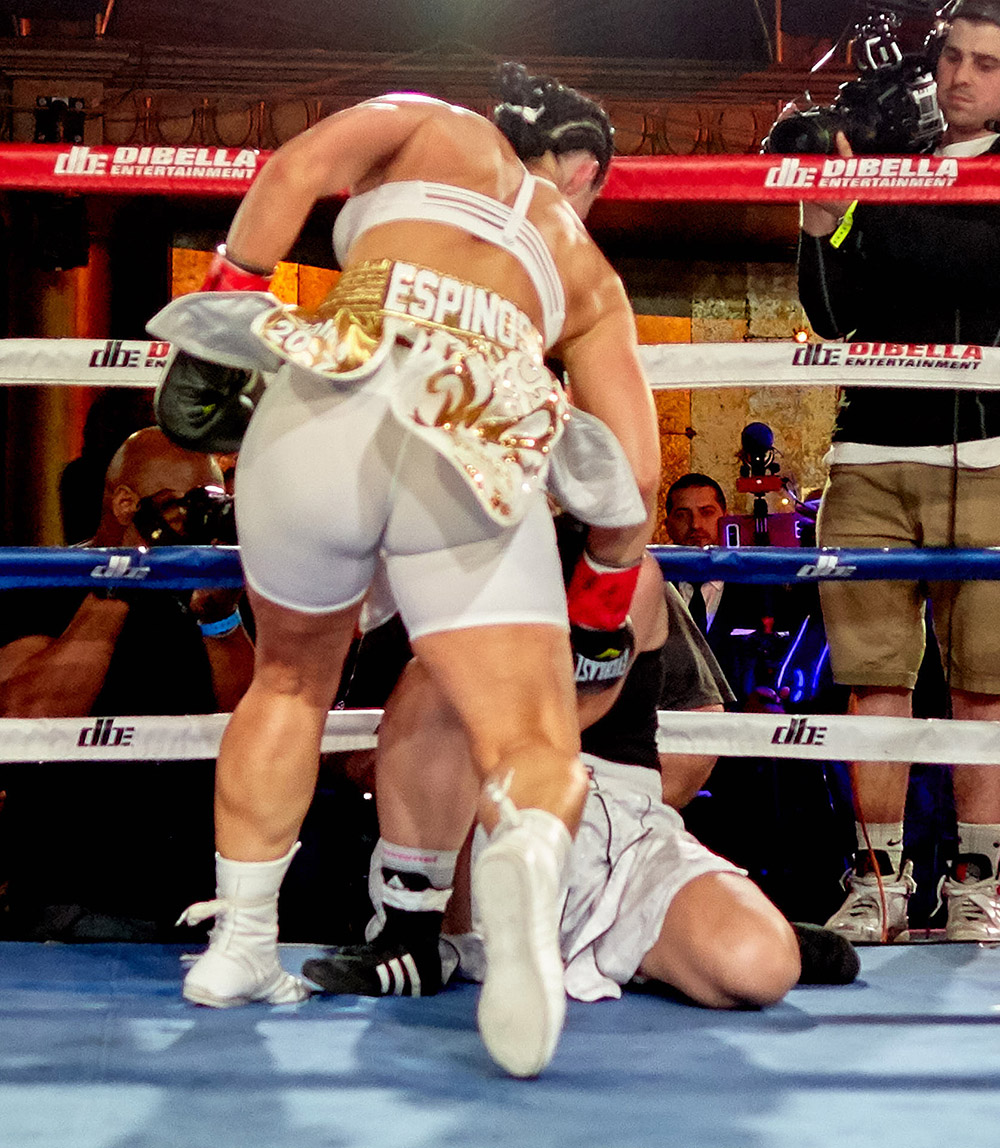 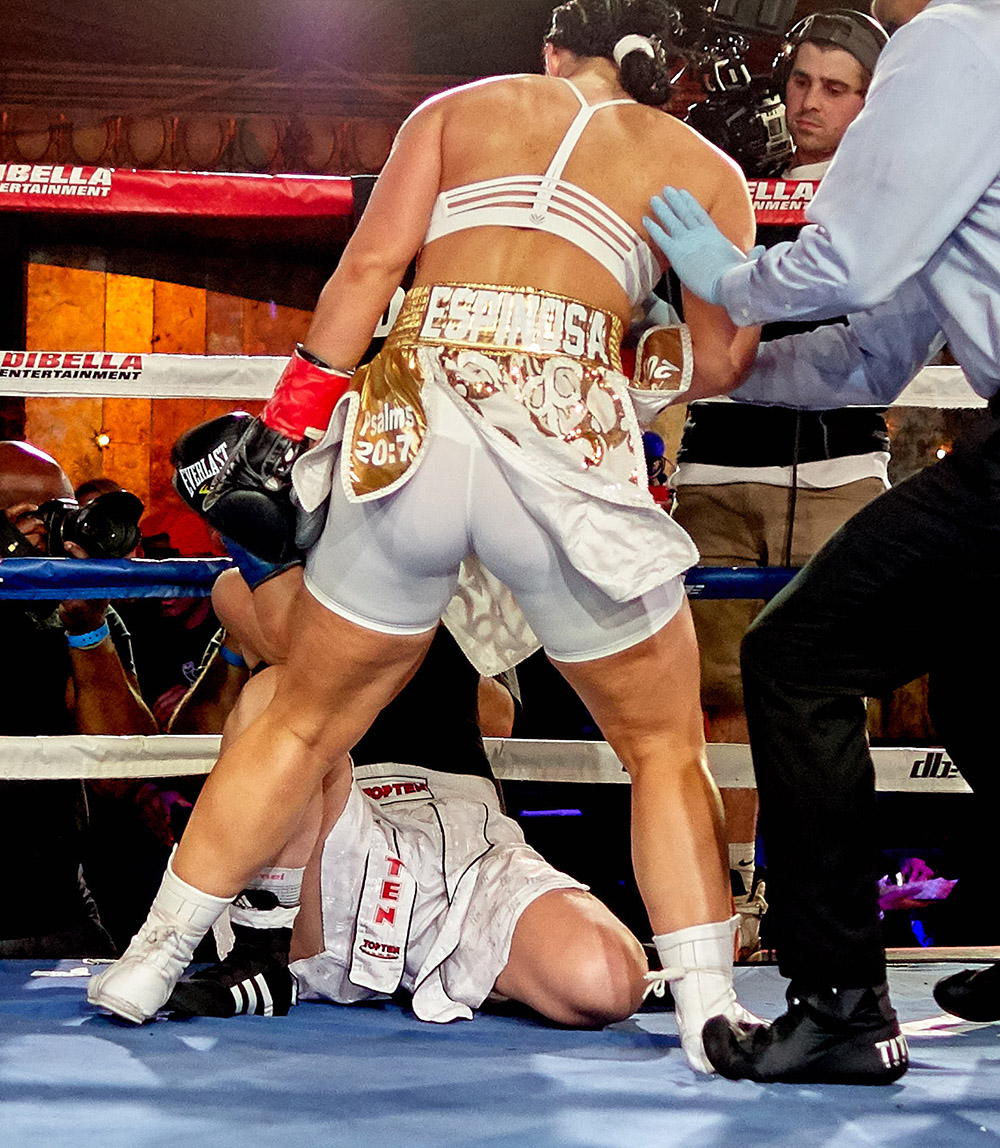 In the next bout, Bakhodir Jalolov faced Brendan Barrett. Jalolov, who represented Uzbekistan in the super-heavyweight division at the 2016 Olympics, came into the ring with five knockout victories in five outings. Barrett, a likeable man with a degree from Muhlenberg College, is a former mixed martial artist who was grossly overmatched and had no command of boxing fundamentals. Barrett visited the canvas twice en route to a first-round stoppage. Following the second knockdown, Jalolov punched Barrett when Barrett was on the canvas. Again, the referee let it pass. And again, Dr. Sethi intervened to stop the beating.

The powers that be at the New York State Athletic Commission should stop approving gross mismatches like Napolean-Bajic and Jalolov-Barrett. They should also sit down with the referee for each fight, watch a video of the fight together, and discuss what should happen when a fighter punches an opponent who’s helpless on the ring canvas.

Thomas Hauser’s new email address is [email protected]. His most recent book – Protect Yourself at All Times  – was published by the University of Arkansas Press. In 2004, the Boxing Writers Association of America honored Hauser with the Nat Fleischer Award for career excellence in boxing journalism.

READ: Behind the Facade at the New York State Athletic Commission: Part One, by Thomas Hauser