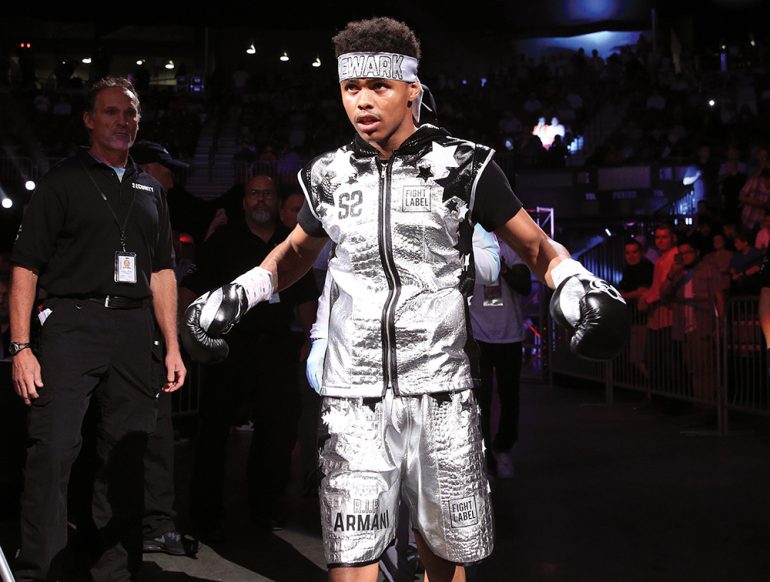 Top Rank is plotting out its 2019 schedule and one priority is to set up a title shot for their heavyweight contender.

Jennings and Stevenson share the same management group — one led by James Prince and Josh Dubin — so the pairing is a natural one (Stevenson is also managed by Andre Ward.)

The 34-year-old Philadelphian gave a strong effort in a 2015 heavyweight title challenge of Wladimir Klitschko, and then suffered a second consecutive loss with a knockout at the hands of Luis Ortiz later in the year. Jennings (24-2, 14 knockouts) survived a fourth-round knockdown to stop Alexander Dimitrenko in August in one of his best victories.

Stevenson (9-0, 5 KOs) delivered the breakthrough performance of his short career with a first-round stoppage of Viorel Simion last month. The Olympic silver medalist finally showed the power that’s long been a question mark in addition to improved strength.

The 21-year-old native of Newark is one of the sport’s brightest prospects, and Ward is confident he can reach that potential in time, but there’s no rush.

“If he’s doing what he’s supposed to be doing, he’ll keep getting stronger and stronger. People just need to be patient. I think he has the potential to be an all-time great. If I didn’t believe that, I wouldn’t say it. But there’s contingencies with a young fighter. Potential is not actually realizing what you could be. You gotta stay focused.”