The New Order and the Future of Boxing: Part Three 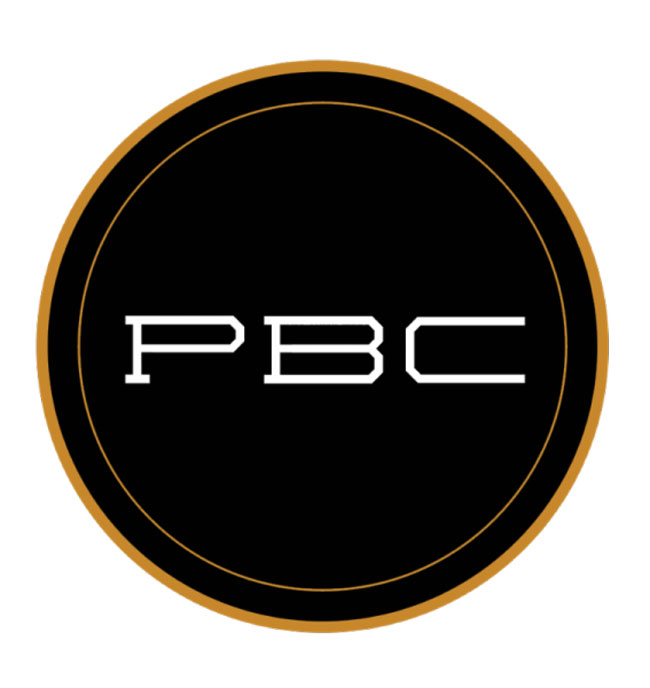 Top Rank and Matchroom each have one basic platform in the United States. Premier Boxing Champions started with seven (Showtime, CBS, NBC, ESPN, Fox, Bounce, Spike) and will have at least two for the foreseeable future.

On August 30, Showtime announced a three-year agreement with PBC that calls for monthly events to be televised live on Showtime with additional fights to be presented by Showtime Sports on other platforms.

On September 5, Fox Sports announced a four-year agreement with PBC. This deal includes ten prime-time “marquee fight nights” annually on Fox and twelve fight nights each year on FS1 and Fox Deportes. These fights will also be streamed live on the Fox Sports app, and there will be ancillary programming to spur interest in PBC fights and boxing. Pay-per-view telecasts are a possibility.

PBC’s original investors weren’t investing to build an over-the-top streaming video platform. They were investing to build a promotional company. And make no mistake about it; PBC is a promoter. The Fox deal, which calls for the payment of significant license fees rather than a time buy, marks the turn of a corner for PBC. Showtime, of course, has paid license fees to PBC from the start.

PBC’s investors appear to have lost hundreds of millions of dollars. It’s unlikely that they’ll get the bulk of this money back, let alone see a profit on their investment, anytime soon – if ever. Also, PBC’s plan to dominate professional boxing no longer seems viable. The question now is, where does PBC go from here?

Al Haymon lured many of PBC’s original investors into the fold with a narrative that included developing PBC fighters to Floyd Mayweather’s level as a pay-per-view attractions. So far, that hasn’t happened. 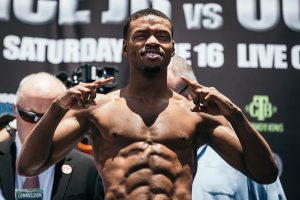 Errol Spence, the fighter who many think could be Mayweather’s successor, is largely unknown. Deontay Wilder will take a step forward if, as expected, he beats Tyson Fury on December 1. But Fury (who’s promoted by Frank Warren) has more to gain by beating Wilder than Wilder has by beating Fury. And as long as Anthony Joshua remains undefeated, he’s likely to be a more valuable commercial property than either of them.

It should also be noted that conflicts of interest have been built into PBC’s business model from the start. Al Haymon has moved back and forth between trying to get as much money as possible for his fighters (his manager-advisor hat) and trying to maximize profits for the promotional side of his many companies (his promoter hat). Now we’ll see a different kind of conflict as Showtime and Fox vie for PBC’s best content.

The supervening question for boxing fans is whether boxing’s new order and all of the recent activity at ESPN, Top Rank, DAZN, Matchroom, Showtime, Fox, and PBC will be good or bad for boxing.

HBO’s departure from the live boxing scene won’t have the impact it would have had a dozen years ago. Many of today’s best fighters were introduced to a national audience by HBO. But the network was no longer the force in the sweet science that it once was.

The promotional companies most adversely affected by HBO’s decision are likely to be Golden Boy, Main Events, and several entities that Tom Loeffler is involved with. Of these three, Golden Boy has the largest stable of fighters. But each of the three has been dependent to a great degree in recent years on one boxer featured on HBO (Canelo Alvarez, Sergey Kovalev, and Gennady Golovkin, respectively). Small promoters who were given slots on HBO from time to time may also feel the pinch. There’s likely to be more consolidation in the near future with secondary promoters aligning with Top Rank, PBC, or Matchroom to survive. 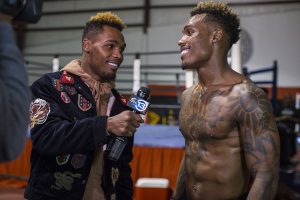 The Charlos (Jermell and Jermall) have the potential to bring in new, young fans to boxing. Photo by Andrew Hemingway – Showtime

Significantly, at present, no one promoter has a monopoly on boxing’s most prominent fighters. Vasyl Lomachenko and Terence Crawford are with Top Rank. Errol Spence, Deontay Wilder, Keith Thurman, Shawn Porter, and the Charlos are with PBC. Matchroom has Anthony Joshua, Danny Jacobs, and Oleksandr Usyk. That leaves Canelo Alvarez, Gennady Golovkin, Mikey Garcia, Manny Pacquiao, Tyson Fury, and Dmitry Bivol unattached or with other promoters.

ESPN, DAZN, and Fox are bringing new money into the system and creating new financial opportunities for fighters. Over-the-top streaming is important now and will be even more important in the future. ESPN+ announced on September 20 that, after five months of operation, it has more than one million paying subscribers.

But there’s cause for concern. Historically, when promoters have had an output deal with a network, the quality of fights they deliver has diminished over time. That’s because the network has given away its biggest bargaining chip: the date.

The bifurcation of boxing into separate “leagues” also poses challenges to giving boxing fans the fights that they want to see.

There’s more boxing available in the United States on television and streaming video now than ever before. Ideally, this would lead to competition among fighters and promoters to put on the best fights possible. But early signs are that this won’t happen. Instead, promoters are likely to build their own empires and fighters will go in as soft as possible in a quest for belts that increase marketability. We’ll see developmental fights, stay-busy fights, sanctioning-body mandatory fights, and match-ups dictated by which belts are available rather than what looks to be a good fight.

What sort of quality control will there be? To a great degree, promoters with output deals are likely to keep their most valuable assets out of harm’s way. Each promoter will have its own niche in a niche sport. 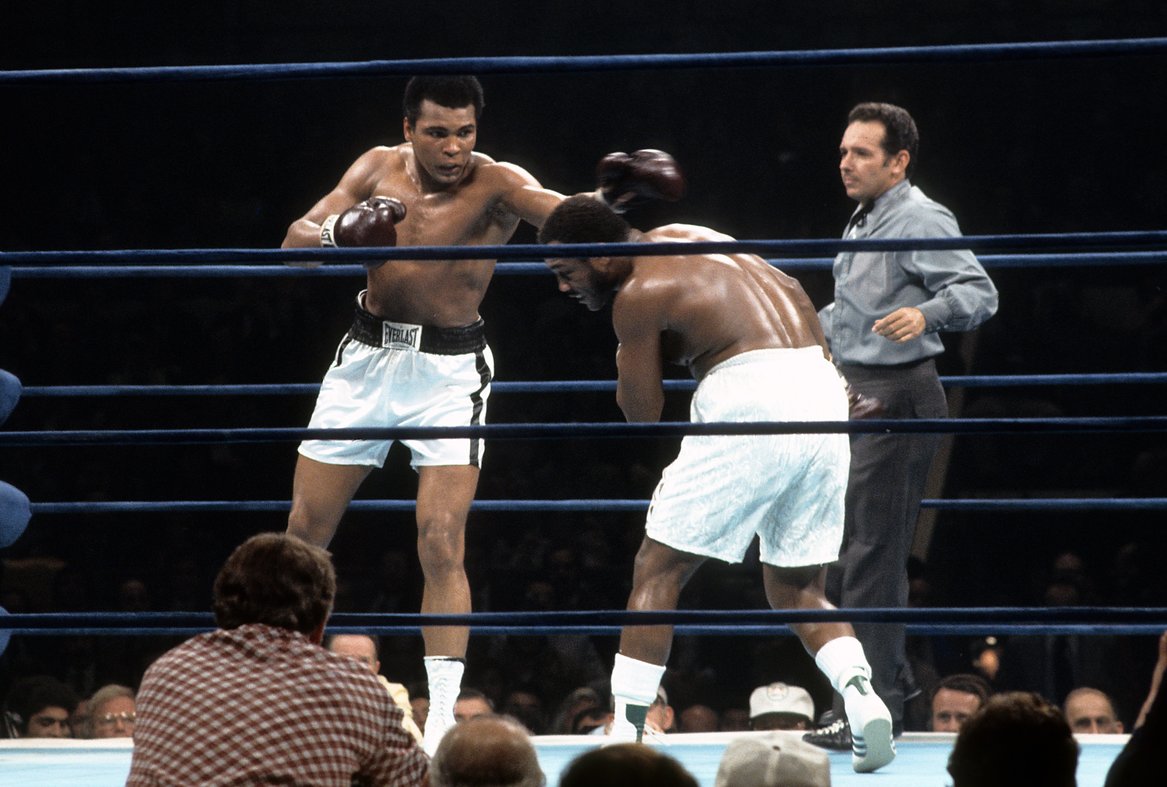 Will this new era of boxing produce iconic fighters and historic fights, such as those between Muhammad Ali and Joe Frazier (squaring off here in their rematch). Photo by THE RING

Boxing owes its place in sports lore to fights between great fighters. Match-ups like Dempsey-Tunney, Louis-Schmeling, Marciano-Walcott, Ali-Frazier, Robinson-LaMotta, Leonard-Duran, and Hagler-Hearns have linked their participants forever in history’s eye.

In the near future, we can expect more boxing on television than ever before. But we can also expect fewer historic fights.

How many fights from the past few years would qualify as “legendary”? When it comes to making big fights that truly matter, not only isn’t everyone in boxing on the same page today, they’re not even reading the same book.

Sports are satisfying because of the belief that each team or individual who deserves to compete for the ultimate prize in a given sport has the opportunity to do so. If boxing is to get to where Top Rank, PBC, Matchroom, ESPN, Showtime, DAZN, and the other major players say they want it to be, the best will have to fight the best. But the expectation is that there will be fewer mega-fights in the near future than “when HBO was HBO.” Let’s not forget; virtually every crossover star in boxing for the past four decades has been linked to HBO. Where will boxing’s next crossover star come from?

Meanwhile, there’s so much boxing available now on television and streaming video that one might analogize the situation to an all-you-can eat buffet. Which buffet tables have the best food? Is it worth eating? And how much will boxing fans want to eat?

No one watches every college football game on television. In the near future, boxing fans will become more selective in what they watch. It won’t just be the investment of $4.99 or $9.99 or $15.99 a month. It will be the investment of time at a time when there’s an overflow of product.

Get ready for the ride. This might be fun.

This is part three of a three-part series. Click here to read part one and part two.

Thomas Hauser can be reached by email at [email protected] His next book – Protect Yourself at All Times – will be published by the University of Arkansas Press this autumn. In 2004, the Boxing Writers Association of America honored Hauser with the Nat Fleischer Award for career excellence in boxing journalism.