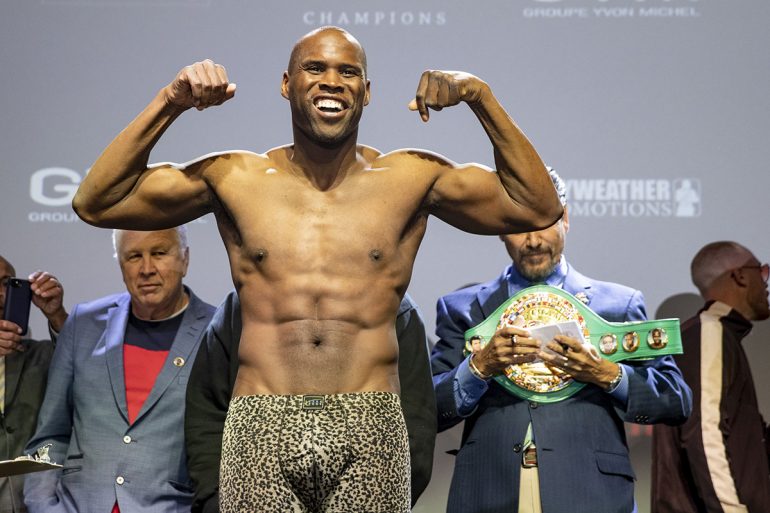 The lineal light heavyweight champion’s promoter, Yvon Michel, won the rights to the WBC-ordered fight against Oleksandr Gvozdyk with $2,100,100 at Monday’s purse bid, he told THE RING.

Michel said he plans to stage the fight Nov. 3 in Canada, where all of Stevenson’s 11 title fights have taken place. It’s likely the fight will be televised by Showtime.

“Adonis will attempt to defend his title for a 10th time against a well-schooled and dangerous interim champion, Gvozdyk,” Michel said. “Light heavyweight is one of the hottest divisions in boxing! This is one of the best fights that can be made and veteran champion Stevenson will show he still has all it take to handle the hot prospect Ukrainian in a very promising fight!

The original winning bid of $3,102,000 was delivered by Tom Brown, who promotes many of advisor Al Haymon fights under the PBC banner, of which Stevenson is a part. Thirty minutes after winning the bid, though, it was rescinded, according to Top Rank vice president Carl Moretti, who submitted a bid of 1.67 million (Gvozdyk is signed with Top Rank). WBC president Mauricio Sulaiman didn’t immediately respond to a text message seeking comment.

The Haiti native will put his WBC 175-pound title on the line against Badou Jack in a thrilling bout in May. The fight, held in Toronto and broadcast on Showtime, resulted in a draw, and there was plenty of talk about an immediate rematch, but that prospect ended when the WBC ordered the fight between its longtime titleholder and its interim titleholder, Gvozdyk.

Stevenson (29-1-1, 24 knockouts) will be 41 by the time the fight rolls around, but he showed no signs of slowing down against Jack. Despite absorbing a beating over the second half of the bout, “Superman” landed a devastating body shot in Round 10 that likely ensured he retained his belt.

Gvozdyk (15-0, 12 KOs)) presents a second consecutive stern challenge to Stevenson’s reign. Now based out of Oxnard, California, and managed by Egis Klimas, Gvozdyk won a bronze medal at the 2012 Olympic Games.

Since turning pro, he’s impressed with his power and boxing skills. He scored an eighth-round stoppage of Isaac Chilemba in 2016 and then needed just three rounds to dispense of Yunieski Gonzalez.

Gvozdyk, THE RING’s No. 6 light heavyweight, was set to fight Eleider Alvarez, who also is promoted by Michel, but the title eliminator fell apart after the Canadian withdrew, and he’ll instead face Sergey Kovalev on Aug. 4. Meanwhile, Gvozdyk, 31, outpointed obscure fighter Mehdi Amar, and now, he’s lined up for the toughest test of his short pro career.

Stevenson, THE RING’s No. 3 fighter at 175 pounds, remains one of the sport’s most dangerous punchers. The southpaw can box and move, and his strength is a handful for any opponent.

After years of criticism for facing soft opposition, Stevenson will face a formidable threat for the second time in 2018.