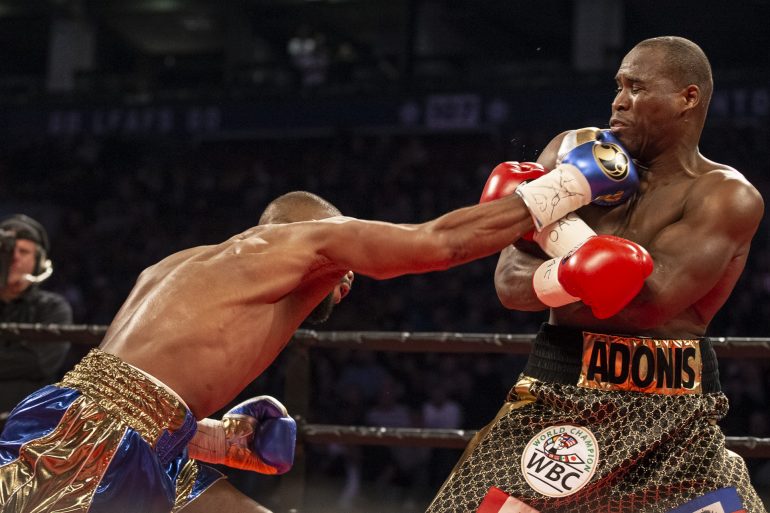 Jack takes it to Stevenson in the entertaining second half of their title bout. Photo by Esther Lin/Showtime
22
May
by Mike Coppinger

TORONTO — It must have felt like deja vu for Badou Jack.

The 34-year-old Swede scored a final-round knockdown of James DeGale in January 2017, but was ultimately held to a disputed draw. Jack found himself yet again with his hand raised alongside his opponent Saturday when he and Adonis Stevenson fought to a draw in their light heavyweight title fight on Saturday.

Jack (22-1-3, 13 knockouts) didn’t drop Stevenson in Round 12, but he had the champion reeling at the bell after a series of devastating shots. It wasn’t enough to overcome a slow start, though, and each man called for a rematch afterward.

“He could take it,” said Jack, THE RING’s No. 8 light heavyweight. “He’s a tough guy. He said he only needed one punch to hurt me. What happened?

That might not be possible, though. Stevenson’s ability to leave Canada is in question due to legal troubles when he was 21. If there is a return bout, it would like have to stay in Canada, but whether it can even take place is another matter.

Stevenson (29-1-1, 24 KOs) hasn’t made a mandatory defense of his WBC title since November 2013 when he stopped current heavyweight Tony Bellew in the sixth round. The 40-year-old is the second-longest reigning champion in boxing, but he’s now gone almost five years without a mandatory defense.

Countryman Eleider Alvarez was the mandatory, but his shot never came. Instead, he accepted step-aside money on numerous occasions so that Stevenson could make voluntary defenses against safer opponents before he took on Jack.

Alvarez is no longer the No. 1 contender after he accepted an August 4 title fight with Sergey Kovalev, but now it’s Oleksandr Gvozdyk who stands in line for a shot at Stevenson. 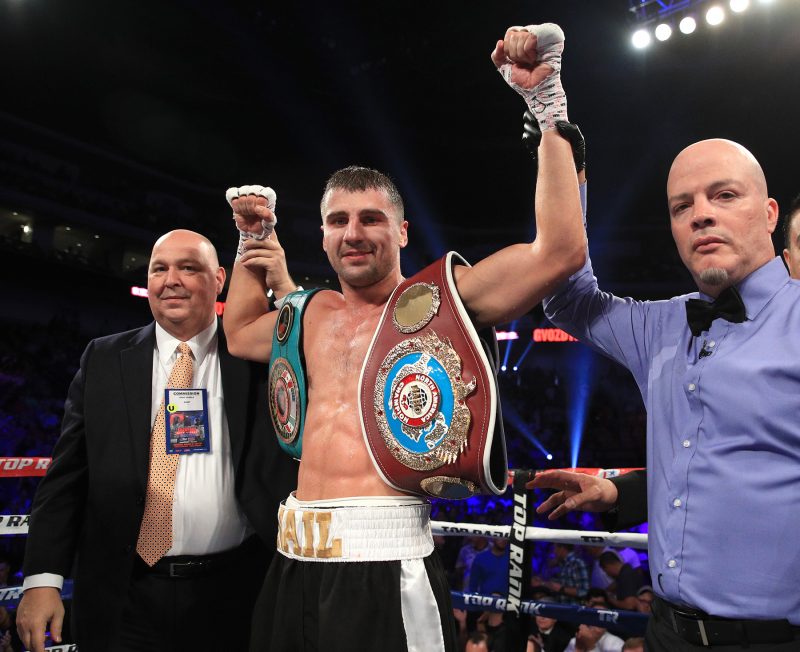 The Olympic bronze medalist is the WBC interim titleholder, and when Stevenson-Jack was sanctioned with the organization, it was stipulated that the winner would defennd against Gvozdyk next.

“They can talk as much as they want (about a rematch),” Gvozdyk’s manager, Egis Klimas, told THE RING in a text message. “I have letter in writing and signed by WBC. Gvozdyk is next. He will be ready.”

Gvozdyk (15-0, 12 KOs), a 31-year-old native of Ukraine, has impressed so far. He stopped both Yunieski Gonzalez and tricky South African Isaac Chilemba, and in his last fight he scored a decision victory over Mehdi Amar. However, he’s yet to face anyone approaching the level of either Stevenson or Jack. That could change soon.

If Stevenson wants to keep his WBC title and still meet Jack in an immediate rematch, the fighter’s promoter, Yvon Michel, will have to petition the Mexico-based organization for an exception.

“It was one of the best fights of recent years with high drama and tremendous level of courage by both,” WBC president Mauricio Sulaiman told THE RING in a text message. “We don’t speculate before receive requests for ruling, so we will see in the coming days.”

If the WBC won’t approve another exception for Stevenson so that he can make a voluntary title defense against Jack in the rematch, the sides would have to resort to offering Gvozdyk, Klimas and promoter Top Rank step-aside money, but Klimas seems unwilling to even consider that possibility right now, at least publicly.

It’s not uncommon for each boxer to take an interim bout before heading to a rematch, and it might be necessary here, but Stevenson-Jack is a far bigger fight than Stevenson-Gvozdyk, especially after the outstanding 12 rounds they waged on Showtime.

The rematch figures to be even more highly anticipated, and if it takes place in Montreal, where Stevenson resides, it could pull in substantial money.

“If you want to fight, you have to come to Canada,” said Stevenson. “If we have a rematch, I’m going to adjust but he boxed very well.