Underestimate Jonas Sultan at your own peril 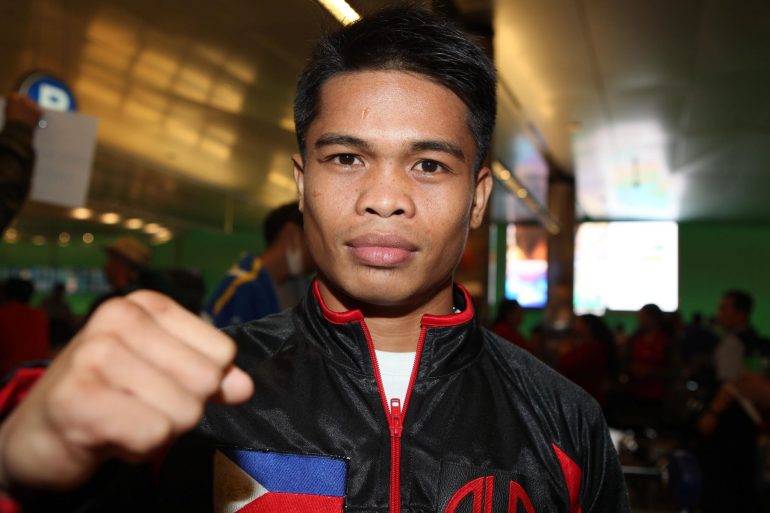 It isn’t often that a fighter with a 14-3 record is viewed as a serious world title challenger, but that’s the record Jonas Sultan will bring into the ring against IBF junior bantamweight incumbent Jerwin Ancajas on May 26.

The title shot isn’t one he was handed, but one mandated when he pulled off an upset decision win over former two-division champion Johnriel Casimero last September in an elimination fight.

The fight is set to be the first Filipino vs. Filipino world title fight since 1925 (Pancho Villa defending his flyweight belt against Clever Sencio), ending a 93-year drought that had been preserved in recent years by a belief among some fans in the Philippines that top Filipino fighters should avoid fighting one another.

Some had even called for Sultan to step aside from the opportunity he earned through the win few thought he could pull off. That would have meant denying himself the chance at providing a better life for his two daughters, ages 2 and 4, all for misguided nationalism that keeps in place a chasm between the haves and have-nots of Philippine boxing.

“Maybe they don’t understand boxing … It’s a sport,” said Sultan. “I feel sorry for those people who don’t understand the situation like this. To become a world champion can change my life. It’s a once-in-a-lifetime chance for a boxer like me.

“At the first time I heard [opposition to the fight] it feels awkward, but I moved on because it’s boxing. No hurt feelings for me. I’m just proud for this fight because I’m the one who is fighting for history in Philippine boxing.”

Ending up in the main event of an ESPN+ televised card in Fresno, California, was something Sultan could have only dreamed of while growing up in the province of Zamboanga del Norte in the Philippines’ southern Mindanao region. One of eight children, his mother worked for 13 years as a domestic helper in Saudi Arabia, and his father, a corn farmer, had free rein to influence his three sons to pursue boxing.

The three boys, including Jonas’ older brother Dondon and younger brother Boyce, all moved to the ALA Gym and became pro fighters. Despite a pair of early decision losses, it was Jonas who eventually stood out the most.

“Because he lacked amateur fights, Jonas did not have a pleasant fighting style and looked awkward,” said Michael Aldeguer, president of ALA Promotions. “Honestly, we did not consider him as a world-beater until he wrested the Philippine junior bantamweight title from Rene Dacquel [in July 2015] on the latter’s home turf.

“It was by then that we started to notice his potential due to his power and fighting heart.”

Despite another points loss in Japan against Go Onaga, Sultan showed he was among the most steel-nerved road warriors in the Philippines and thrived on being dismissed as another “opponent” whose named looked good on a Boxrec resume.

In his return to Japan, he scored a second-round KO of Tatsuya Ikemizu, and then went to South Africa to finish off Makazole Tete (the brother of WBO bantamweight champ Zolani Tete) in two rounds.

Sultan followed those wins in 2017 by traveling to Rizal province to face Sonny Boy Jaro, the former RING flyweight champion who was trying to get his career back in motion, in front of a partisan crowd populated by members of Jaro’s Iglesia Ni Cristo church congregation. Sultan was too fast and hungry for the faded ex-champ, knocking him through the ropes for the count in the eighth round.

“After telling him that when he fights abroad he must knock his opponents out to win, Jonas started exactly doing that,” said Aldeguer. “That was when we also knew he had bombs in his fists.”

The fact that these fights weren’t shown on Philippine TV contributed to his underdog status heading into the Casimero fight. Casimero was as self-assured as any fighter one can find, and, breaking tradition from the usual reserved nature of Filipino boxers, had called out Ancajas for a direct challenge of his title.

Four other contenders had turned down the eliminator, leaving Sultan as the most eligible challenger. Aldeguer had seen the fits Sultan gave his more famous stablemates Donnie Nietes and Milan Melindo in sparring, and liked what he heard when Sultan was approached with the Casimero fight.

“Jonas was so confident, telling us that there was no way Casimero can beat him. So when he said that, we made the fight happen,” said Aldeguer.

Sultan showed more versatility in Cebu, successfully calculating that Casimero would go straight back when faced with Sultan’s longer jab, rendering him ineffective.

Since becoming champion nearly two years ago, Ancajas (29-1-1, 20 KOs) has become the latest toast of Philippine boxing, and is seen by some as the heir to Manny Pacquiao’s mantle as a national fighting icon. Sultan himself isn’t interested in any of the extras that come along with success.

“I don’t want to become a star or famous,” said Sultan. “I just have a dream to become a world champion, and that is my goal.”

Like Sultan, Ancajas’ father was a farmer in the Mindanao region, and he also has an older brother, Jesar, who is a pro fighter. The two got along well when they finally met face-to-face earlier this year at the annual Flash Elorde Awards dinner, realizing they were not just rivals, but partners in history.

“We are friends in Facebook. I like him because he is a humble man and a sportsman,” said Sultan.

Sultan already arrived in the U.S. last week with Nietes and trainer Edmund Villamor, while Ancajas isn’t expected to break camp in Cavite, Philippines, until the week before the fight.

Sultan won’t have the benefit of anonymity, which he had enjoyed in previous wins. But he’s confident he can end the night being recognized not just as a world titleholder, but also as the best 115-pound fighter in the Philippines.

“He has told all of us in the team that he had figured out Jerwin already and can’t wait for May 26,” said Aldeguer.

“I’m going for the win,” said Sultan. “He is good, but for me as a fighter, I’ve trained hard so I can say that I can match with Jerwin. I know I can handle this fight.”