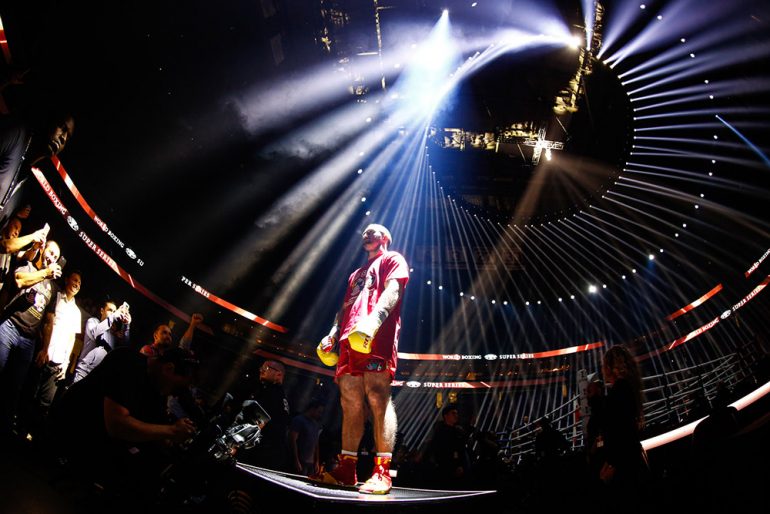 The folks who were able to track down a stream of Saturday’s Oleksandr Usyk vs. Mairis Briedis World Boxing Super Series semifinal scrap in Latvia were richly rewarded with a tango that over-delivered.

Many pundits felt tourney favorite Usyk, a skilled Ukrainian who’d lost scant rounds since turning pro, would not be pushed hard by Briedis, a Latvian resident.

But Usyk had to expend energy and guile the whole 12 before seeing his hand raised, after unifying the WBC and WBO cruiserweight titles.

I confess I didn’t see the battle live and needed to work to secure a showing because the tourney crafters have not been able to gain entry to a large scale U.S. platform to showcase what has been pleasing action.

Will I be left scrambling this Saturday, when IBF beltholder Murat Gassiev, the Russian trained by Abel Sanchez, gets tested by Cuban cutie and WBA titleholder Yunier Dorticos in Sochi? I’m hopeful that an 11th hour deal will be hatched to make the cruiser semi more widely available.

Regardless of that element, Sanchez will be geared up, ready to have his charge in rumble mode. Smart rumble mode, actually, being that Gassiev will need to be on message to handle the Cuban, who has no shortage of guile in his game.

“We have a tough one here in Sochi but we only get better and make our history by fighting the best,” Sanchez told me on Tuesday.

And what has it been like so far, early in this fight week? “Anxious, great fight on tap, great things in 2018 to come for boxers from The Summit, Big Bear Lake, California! Ben Lira, my second in corner, arrives Friday.”

And what about what Dorticos brings to the table? “I respect the great Cuban school (system) of boxing, their amateur program was unparalleled for long a time, their teachers and teachings come with a very strong foundation but the problem may be that this is a 12-round fight and, other than the great Joel Casamayor, they haven’t proven their ability to compete at the elite professional level.”

As for Gassiev (25-0, 18 knockouts; age 24), whose amateur run was brief, he looked seasoned and sturdy when finishing Kryzstof Wlodarcyk in October, in round three, in the quarters. I don’t expect Dorticos (22-0, 21 KOs; age 31) to go in that fashion, though.

The Florida based Dorticos didn’t allow 21-0 Dmitriy Kudryashov to activate a perceived power edge and sang him a lullaby in round two, last September. But Gassiev has more mountains climbed, to his credit. He took a title off Denis Lebedev and defended it against the Pole. I suspect he could be improved that much more because of confidence obtained, having the knowledge that he’s been there, done that and has downed self doubts. Does Sanchez agree with that theory?

“Once they are crowned champions, most fighters get this feeling of responsibility and start listening more, work harder, become more dedicated and responsible, so it is my belief that they have something that was so very hard to get, thus the change…but it’s boxing. Anything can and will happen on any given night.”

Your thoughts, friends? Gassiev getting the W as this young gunner continues his low-key climb to prominence? Or will a slick Cuban channel Casamayor and lay a smackdown in Sochi?