Kamegai will face Miguel Cotto as both foe and fan 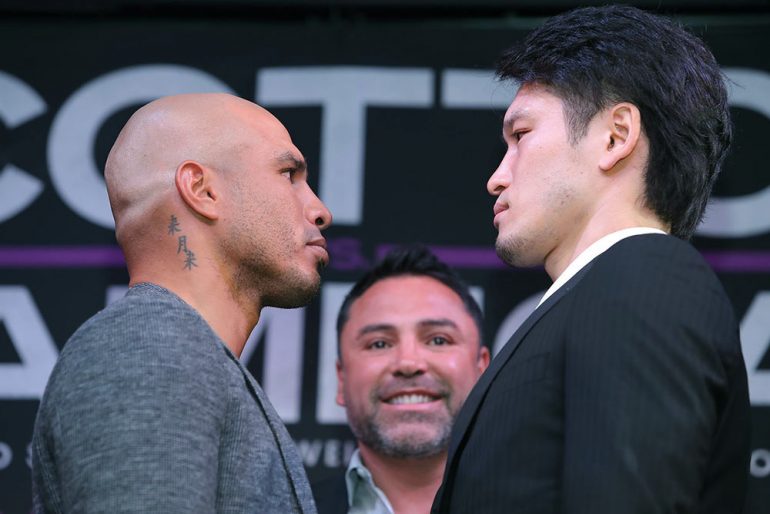 LOS ANGELES – With a fist pump and a smile, Yoshihiro Kamegai emphatically said, “Yes!” He even added a few more esses for good measure when asked by RingTV.com to give his first reaction once receiving the news that he was going to face Miguel Cotto on August 26 for the vacant WBO junior middleweight title.

At Wednesday afternoon’s press conference, Kamegai was dressed in a suit for the formal announcement, but the Japanese action fighter didn’t exactly seem too comfortable in it, visibly sweating beneath the two-piece that wore on him like a kid about to make his first communion. The 34-year-old laughed at the notion, but said it wasn’t the first time he had worn a suit to a press conference. Yet there was no doubt this was his most significant presser to date.

The same is true of his fight with Cotto, which will be the main event of an HBO Championship Boxing telecast from StubHub Center in nearby Carson, California.

“First of all, I’d like to thank the people who gave me this opportunity: Golden Boy Promotions, Teiken Promotions, HBO, Miguel Cotto, and everybody else that was involved in getting this fight made,” said Kamegai through translator Nobu Ikushima when it was his turn to speak at the podium in the Conga Room. “For me to fight someone that I’ve been a fan of since, I would say 20 years old, is an honor. I look forward to fighting him and I’m out there to win this fight. I really don’t speak English very well, but I do speak boxing, and I plan to put on an entertaining and great performance. Please watch this fight on HBO.

“Thank you! Gracias!,” he said in English and Spanish to end the address. In a career that began in Tokyo 12 years ago, this will be the first time Kamegai will vie for a world title, and back in the conversation with RingTV.com, he admitted that there was some doubt he would ever get the opportunity. 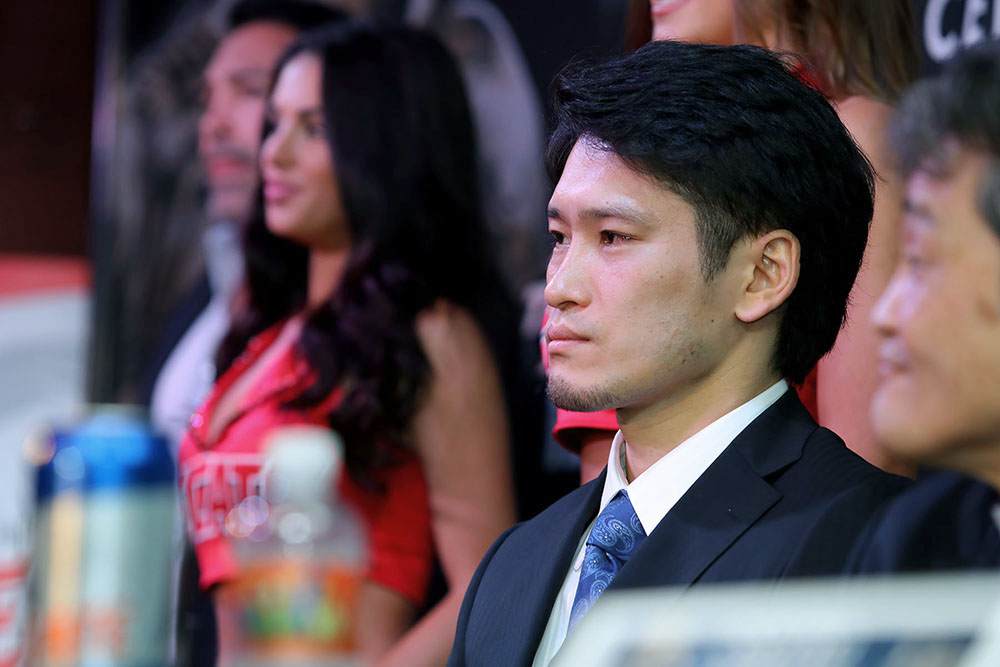 “With a lot of the promoter disagreements and so forth, yeah, I thought maybe will not come around, but I was thinking as long as I can fight a big name – I would’ve been happy with that.”

Kamegai (27-3-2, 24 knockouts) hit two birds with one stone in getting that call, but that of course took some good fortune. Some came in the form of an unfortunate cut in sparring for James Kirkland, who was forced to pull out of his February date with Cotto earlier this year. Secondly, with Miguel signing a new deal with Golden Boy Promotions after a falling out with Roc Nation Sports, Kamegai became a prime candidate to face him, seeing as how he too was co-promoted by GBP along with Teiken.

“If somebody says that I’m not the underdog, he’s probably crazier than I am,” said Kamegai about taking on a fighter who is sure to be in the Hall of Fame one day. Kamegai admitted he caught wind of possibly being an opponent for Cotto (40-5, 33 KOs) a few months ago, and claims he is already in great shape. As for whether anything will change in his training regimen for this big fight, Kamegai responded, “Nothing really. I just want to prepare myself so that I can put on the fight that the American fans are used to seeing me, where I get in there and fight physically and mentally with my heart in the ring.”

That heart was on display in 2014, when he fell short on the cards against Robert Guerrero but put forth a tremendous effort in a thrilling action fight that also took place at Stub Hub Center. He took part in a Fight of the Year candidate in the first of two bouts with Jesus Soto Karass last year, and settled the score by forcing a stoppage with the Mexican gatekeeper after a draw compelled the rematch. The win bumped Kamegai up to No. 5 in the WBO junior middleweight rankings, and with Cotto ranked No.1, this fight was made for their vacant title after Canelo Alvarez officially moved up to middleweight. 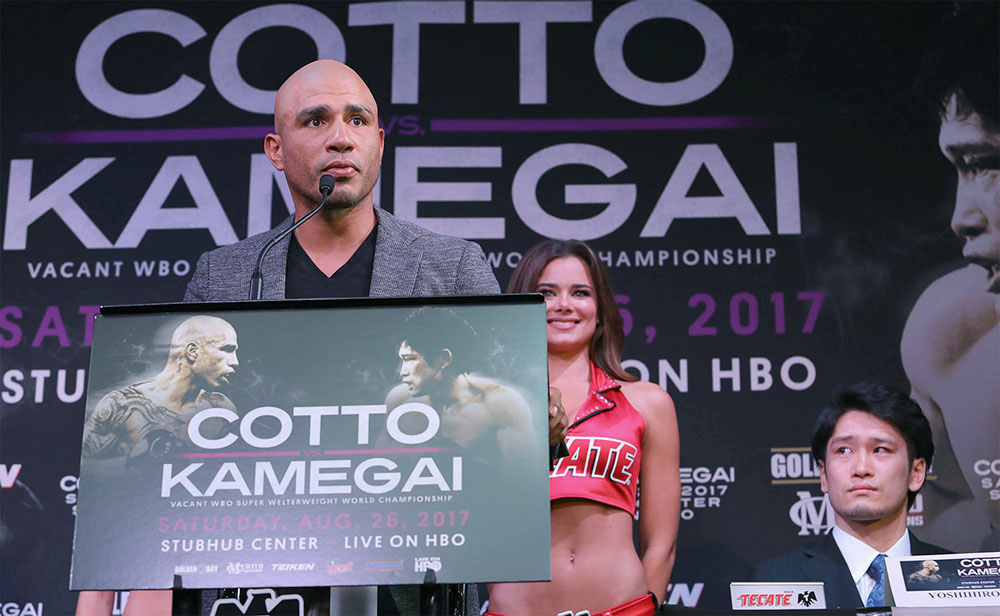 In the face-off, Kamegai was noticeably taller than the Puerto Rican legend and he said he prefers to fight shorter opponents. After it, he couldn’t help but smile about seeing eye to eye with Cotto for the first time because, after all, he was and still is a fan. “I’ve seen so many of his fights – so many great fights – and I’ve enjoyed so many of them, to really bring up one is really difficult right now. It might take me awhile to think of which one was the best,” he said.

Kamegai, which translates to “sea turtle” in Japanese, finally has his chance to achieve a lifelong dream of putting a world title around his waist, and should he achieve that feat against a guy like Cotto, his name will surely live on far longer than the 80-year life expectancy of the ancient reptile. A win like this one would etch his name in Japanese boxing lore forever.