Anthony Joshua poised for US debut 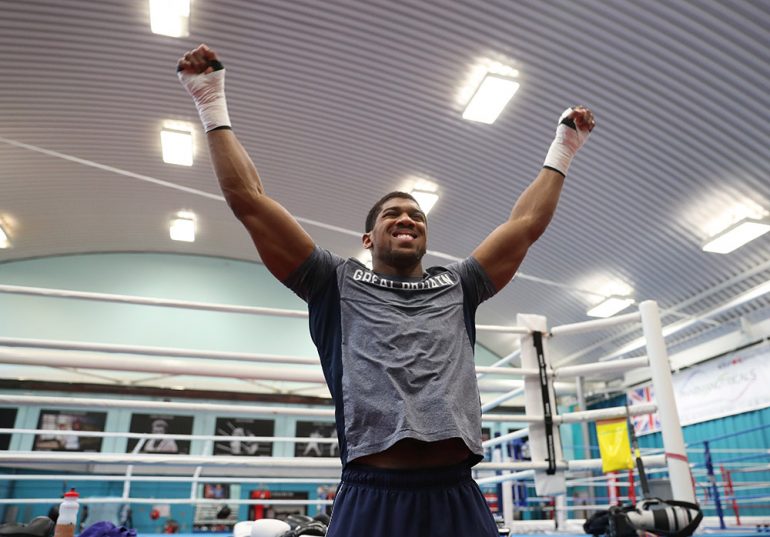 Joshua, who was rated No. 5 by THE RING going into the Klitschko fight, is now one of the biggest stars in world boxing. The 27-year-old power-puncher successfully defended his IBF title, picked up the vacant WBA belt, and improved his record to (19-0, 19 knockouts) in front of 90,000 ecstatic fans at Wembley Stadium in London.

Put simply, Joshua is red-hot and Espinoza is eager for the Englishman to take his show on the road after signing him to a multi-fight deal with Showtime last year.

“In our discussions with both (promoter) Eddie Hearn and Anthony, coming to America is definitely a priority,” Espinoza told Sky Sports’ Richard Damerell.

“I believe he is going to take a little bit of time off after this fight. Whether there is a rematch or not remains to be seen, but I know that having a fight in the U.S., in the next couple of fights, is definitely a priority.”

Deontay Wilder, the WBC titleholder, was ringside for Joshua’s latest triumph. A potential unification bout would pit two undefeated fighters against one other with a combined record of 57 wins and 56 knockouts.

“Ultimately from the U.S. perspective, the ultimate destination would seem to be, at some point in the next year, hopefully Joshua versus Wilder,” said Espinoza.

“The question really would be when to do it. When would be an appropriate time to let it build and to allow the marketing and visibility of the fight to continue to build? In terms of wanting the fight, I have no doubt that both Deontay and AJ want that fight to happen in the near future.

“I would say as a programmer and marketer, I probably want a couple of fights in the U.S. to allow Anthony to get more acquainted, and more of a household name in the U.S. market. But as a boxing fan, they are two young, strong guys in the prime of their career, and it’s almost a foregone conclusion that they will fight, so why not do it right away.”