2016 Ring Awards: Finalists for Upset of the Year 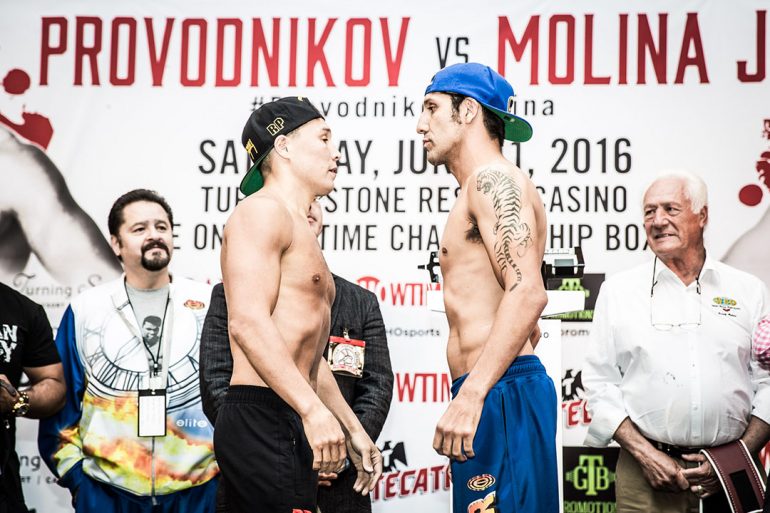 Leading up to the announcement, we will give you the five finalists in one category each day. Day 6: Upset of the Year.

JEZREEL CORRALES TKO 2 TAKASHI UCHIYAMA Uchiyama had held a world title at 130 pounds for six years. He lost it in six minutes. And he never saw it coming. Corrales had only fought in Panama. He’d scored just seven knockouts in 19 wins. But he’d found power in recent appearances, winning five straight by KO. Three knockdowns in the second round made it six.

JULIUS INDONGO KO 1 EDUARD TROYANOVSKY Troyanovsky displayed plenty of power in stopping Cesar Cuenca for a second time in their rematch to win a junior welterweight world title and making short work of Keita Obara in a title defense. But he then wound up on the receiving end of a short night, done in 40 seconds after Indongo, an undefeated prospect fighting for the first time outside of Namibia, landed a big left hand right on the button.

JOHN MOLINA UD 12 RUSLAN PROVODNIKOV The last time Molina had looked good was while losing a war with Lucas Matthysse in early 2014. After that, he did maddeningly little against Humberto Soto and Adrien Broner. That made facing a bruising pressure fighter like Provodnikov even more dangerous. Molina surprised, throwing nearly 1,100 punches while Provodnikov looked more like the one who was nearing the end of his career

BYRON ROJAS UD 12 HEKKIE BUDLER Budler was one of the best at 105, winning 12 straight after entering the division, capturing a title and defending it with four victories. Rojas had never fought anything approaching a top strawweight. He stepped up when it counted, picking up a narrow decision. Budler blamed an off night. Rojas capitalized on it.

JOE SMITH JR. KO 1 ANDRZEJ FONFARA Andrzej Fonfara went a hard 12 rounds with Adonis “Superman” Stevenson but he didn’t last three minutes with “Everyman”. Smith, an amiable construction worker from Long Island, New York, threaded home a terrific right hand counter which decked the habitually durable Fonfara. He rose gamely but Smith teed off with a series of accurate shots that dropped him again and forced the referee to intervene.

Look out for THE RING Trainer of the Year finalists tomorrow….