2016 Ring Awards: Finalists for Comeback of the Year 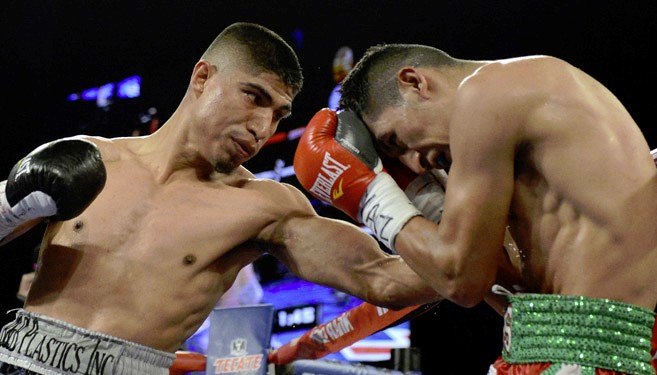 Leading up to the announcement, we will give you the five finalists in one category each day. Day 4: Comeback of the Year.

MIKEY GARCIA Technical proficiency has been Mikey Garcia’s trademark and it was there, all of it, in a fifth-round TKO of Elio Rojas on July 30 in Garcia’s first bout in 2½ years. Top Rank released him in April after a protracted contract dispute. Next stop: Dejan Zlaticanin on January 28 at Las Vegas’ MGM Grand for the WBC’s 135-pound title. “That layoff made me stronger and more competitive than ever,” Garcia said.

HOZUMI HASEGAWA No apologies were necessary. Nearly three months after securing his place among Japanese legends, Hozumi Hasegawa, 35, formally announced he was retiring. He had nothing to prove after a huge upset, a ninth-round stoppage of Hugo Ruiz in Osaka for the WBC’s 122-pound title. It was the culmination of a three-fight run for Hasegawa (36-5, 16 KOs), one of four Japanese fighters with titles at three weights, after a knockout loss to Kiko Martinez in 2014.

DAVID HAYE Finally, two promises made, two fulfilled. It’s only a couple but David Haye fought as if they would be the first of many. After telling the U.K.’s Independent in 2014 he had “lied to them all” about who he was during his time as the WBA’s heavyweight champ, he was back in 2016 with stoppages over unknowns Arnold Gjergjaj and Mark de Mori – Haye’s first bouts since 2012. Next: March 4 against Tony Bellew.

MANNY PACQUIAO You can call the first-time Filipino senator a champ all over again. The Honorable Manny Pacquiao restored a boxing championship, the WBO’s welterweight version, to his political title with a decision over Jessie Vargas on November 5 in Las Vegas. Pacquiao regained the belt he lost to Floyd Mayweather Jr. in 2015.

ANDRE WARD Whether you believe he beat Sergey Kovalev or not, Ward captured three light heavyweight titles to cap a 4-0 run, three years after a legal dispute with late promoter Dan Goossen and injuries kept him out of the ring for 19 months. A rematch is a necessity, as is recognizing Ward’s impressive return to action.