2016 Ring Awards: Finalists for Round of the Year 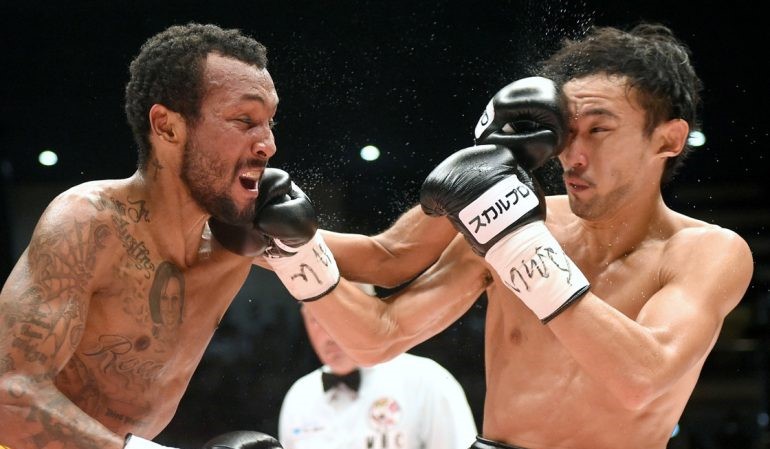 Leading up to the announcement, we will give you the five finalists in one category each day. Day 3: Round of the Year.

TOM DORAN VS. LUKE KEELER, ROUND 1 For 1 minute, 43 seconds it was unremarkable, then Keeler seamlessly combined a left-handed body shot with an overhand right and Doran went down. Amidst the bombs that followed, both men avoided knockdowns by way of lenient refereeing before Keeler hit the canvas for real. He survived the turnaround but was stopped in Round 2.

SKENDER HALILI VS. JASON THOMPSON, ROUND 2 An inactive journeyman, Thompson, versus a relatively unknown prospect in Halili. Forget status, this was awesome. An upset beckoned when Thompson floored the favorite twice and threw down hard for the finish. Halili not only survived but hurt his man before ending the fight with a spectacular right hand.

KEITH THURMAN VS. SHAWN PORTER, ROUND 9 The fight had the tension of a classic mongoose vs. cobra showdown, with the tenacious Porter showing his disdain for the puncher’s comfort zone and Thurman searching for his moments to strike the incoming pressure fighter. This round had several clashes when they forgot their roles and just threw down.

FRANCISCO VARGAS VS. ORLANDO SALIDO, ROUND 6 You could flip a 12-sided coin a get a worthy three minutes from this fight, but Round 6 was a battle that characterized the war. Salido would put his head down and hammer Vargas into retreat only to be straightened by uppercuts and forced into reverse himself. Back and forth they went, just as it would be throughout the second half of their astonishing ordeal.

SHINSUKE YAMANAKA VS. ANSELMO MORENO II, ROUND 1 It was the stylist surprising the KO artist just after the one-minute mark, when a five-punch combo from Moreno buckled Yamanaka’s legs. Other neck-twisters followed, but with 20 seconds remaining the southpaw from Japan reasserted his reputation with a short left that floored Moreno and set the stage for a finesse vs. power duel.