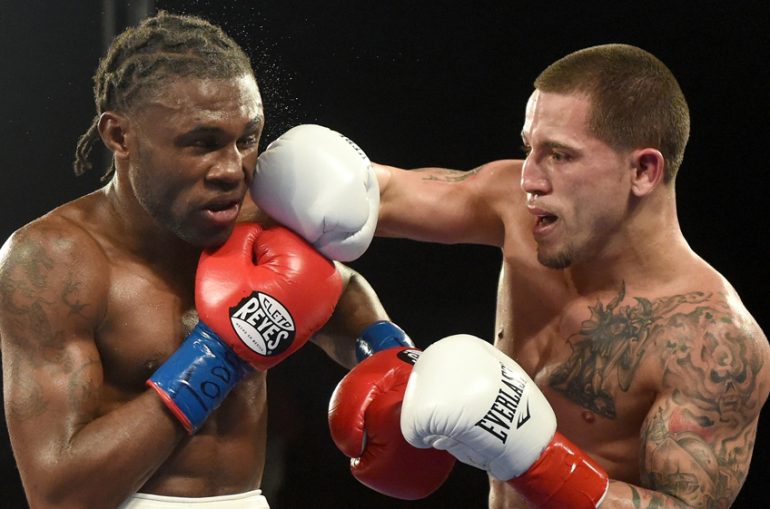 American junior lightweight Jason Sosa is convinced that he’ll have too much for Stephen Smith when the pair clash in Monte Carlo on Saturday.

The New Jersey native, who is rated No. 10 by THE RING at 130 pounds, picked himself up off the canvas to score a sensational 11th-round stoppage victory over Javier Fortuna in June and is looking to put on yet another exciting display.

“It could come down to a war,” said Sosa (19-1-4, 15 KOs) in a press release issued by Matchroom Boxing. “We’ll see how he comes out and then we will adjust and go from there. We want to go for the stoppage. We want to look impressive and sharp.

“I fought Nicholas Walters (to a 10-round majority draw), a world champion and one of the most feared at 126 pounds. I fought Fortuna who had never been stopped (and) I ended up knocking him out.

Editor’s Note: Sosa will defend a version of the WBA junior lightweight title that is unrecognized by THE RING. Jezreel Corrales is the WBA titleholder at 130 pounds.