Caleb Plant fights for more than victory in the ring 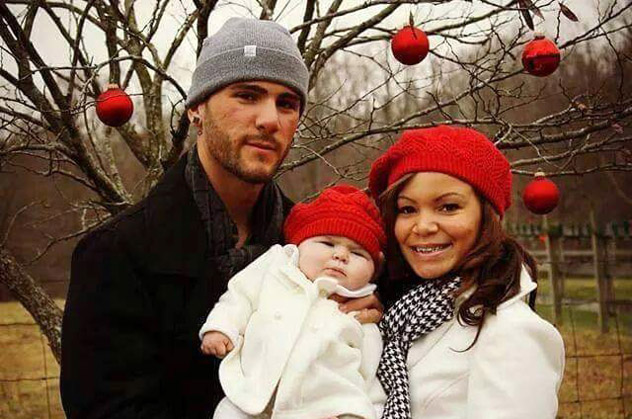 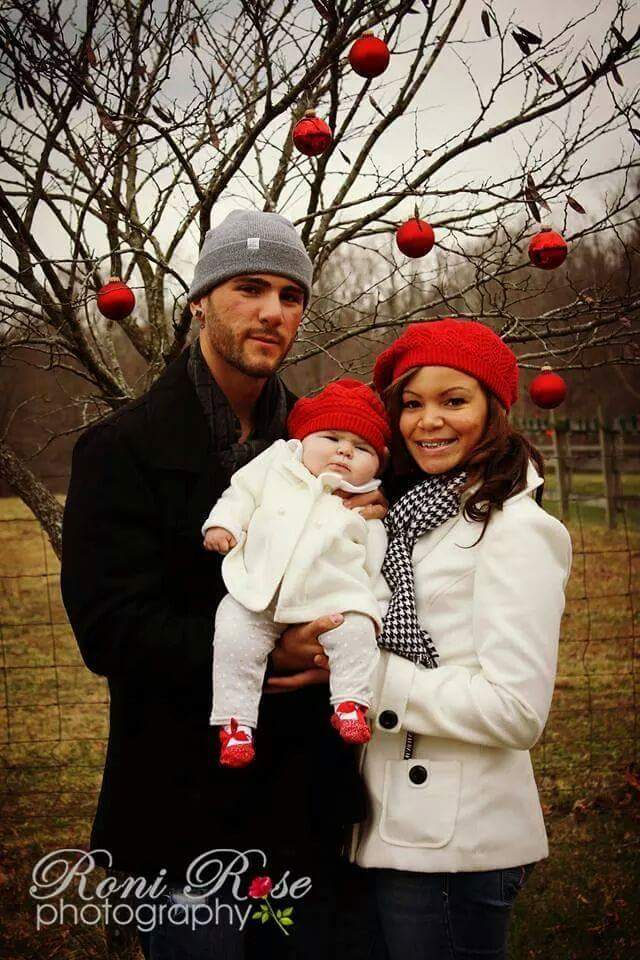 BETHLEHEM, Penn. – She had a tendency to make everything go away. Even though her tiny, limp body would occasionally twitch or convulse, and her eyes would dart back-and-forth, even through the painful times, and they were many, Caleb Plant and his fianc├®e, Carman Briscoe, were always able to find relief and smile at little Alia. And she could somehow manage to smile back at them. They knew she was aware of who they were, despite what the doctors said. They knew she could feel and hear their voices, despite a rare malady that prevented Alia from walking, talking, or sitting up. From doing the natural things healthy babies do.

It doesn’t get any more jarring for new parents when seconds after your daughter is born, the joy of your life, they tell you to be prepared for her to pass away before you have a chance to bring her home. It’s a 19-month deathwatch Caleb and Carman endured – though to them, it was 19 months with a gift that forever touched their lives. Alia wasn’t supposed to live a week.

Plant, a budding, undefeated super middleweight from Ashland City, Tennessee, will climb through the ropes Saturday night at the Sands Casino Resort, in Bethlehem, Pennsylvania, and many of the fans that will fill the arena will have no idea what Plant and Carman went through. The times Caleb, 22, somehow summoned the strength to train, when knowing at any moment Alia could take her last breath.

Plant will put his 7-0 record, with 6 knockouts (five in the first round), on the line against Juan Carlos Rojas (10-10-1, 8 KOs) and he has some powerful support as an Al Haymon fighter. This will be the third fight Plant will have since Alia lost her battle with something originally diagnosed as Aicar Transformylase/Imp Cyclohydrolase Deficiency, an extremely rare condition with only two known cases. Alia was one of them. Now there is one, after Alia’s death on Thursday, January 29, 2015.

Until then, real life went away. Mounting bills, sprains, sore joints, raccoons in the garage, squirrels in the attic, morning runs, training schedules, and myriad hospital visits, those mundane daily obstacles went away each time Alia would wake, give that big yawn of hers and stretch her limbs as far as she could.

It was a great way to start a day. Caleb, known as “Sweet Hands,” and Carman knew she was alive. A good day for her was one of the few times she wasn’t in the hospital.

Fighting was one thing. There were times when Caleb forced himself out of the car in the hospital parking lot, because he didn’t want to see Alia suffer again. The strain of that was unthinkable. 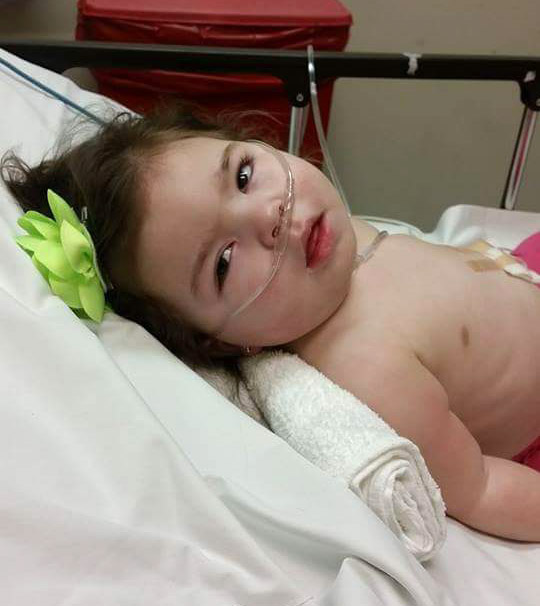 Financially, there was the stress of medical costs, and with Carman not able to work since she was taking care of Alia’s special needs, it put more pressure on Plant.

“Alia couldn’t go through regular daycare, she had to be on oxygen and there were times she would just stop breathing and turn purple and we had to give her mouth-to-mouth to revive her,” Plant said. “It was a full-time time job for Carman. We were determined to do anything we could for our little girl. We made it work. But you go through it. There were times when I got upset. I’m not the type to cry. I teared up. I wouldn’t let Carman see me. You go through the hurt and pain being helpless, because there is nothing you can do. You ask yourself what Alia has done to deserve this. You ask yourself what you did for her to go through this. This was no way for someone to be living. There were times we had to bring Alia back to life.” 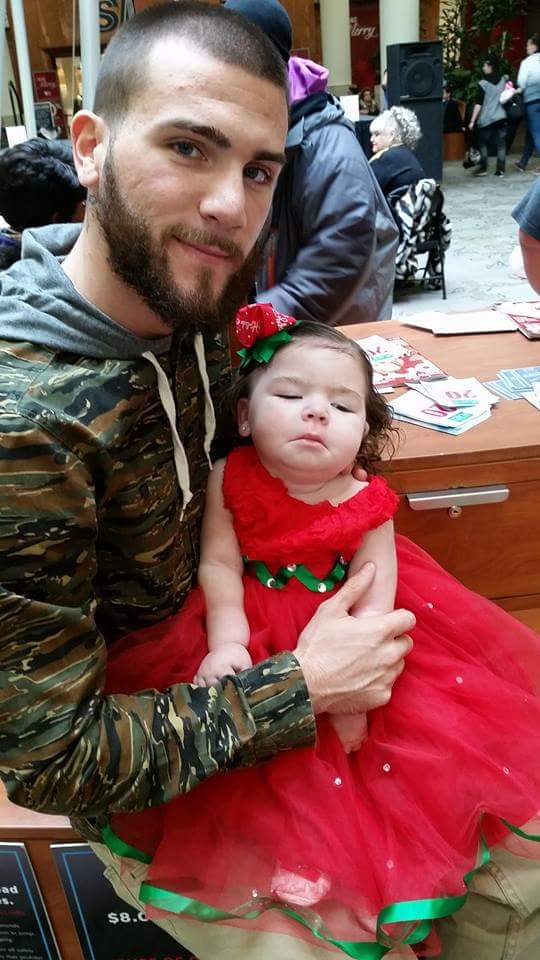 Caleb and Carman did that over 50 times.

What got them through was sticking together. Carman and Alia would go to the gym, on the good days, to see Caleb train. He knew he could not change his daughter’s course. But he knew his success in the ring could bring Alia something better than what he had growing up.

In enduring Alia’s ordeal, Plant says he was in part armed by his own struggles. When his family had no air-conditioning in sweltering summers, no heat during unbearable winters and sometimes even no food.

“I spent a lot of time with my grandparents, because my father worked a lot and Mom … we’ll just say was in and out of my life. She had some issues, we’ll go as far as that,” Plant said. “My father was the one who started me in boxing. When I didn’t have any money to travel to amateur shows, he found a way to raise the money, knowing we didn’t have it. He was hard on me, but I look back on those times and it’s where I got the strength for what we encountered with Alia.”

His refuge was the gym. It was – and is – where Plant could always feel special, someone better than most because of what he could do with his hands. Once he stepped outside, he was just another poor kid again wondering where his next meal would be.

“I was somebody when I was in the gym fighting, I counted. And when it was time to go, I didn’t want to go,” Plant recalled. “It helped me with Alia. I didn’t have to sit there hearing the machines beep and see the numbers go up and down. I was able to get out. I never stopped thinking about her and her courage. It just gave me time to stop thinking about the hospital and everything that was going on in there. I always used her as motivation.” 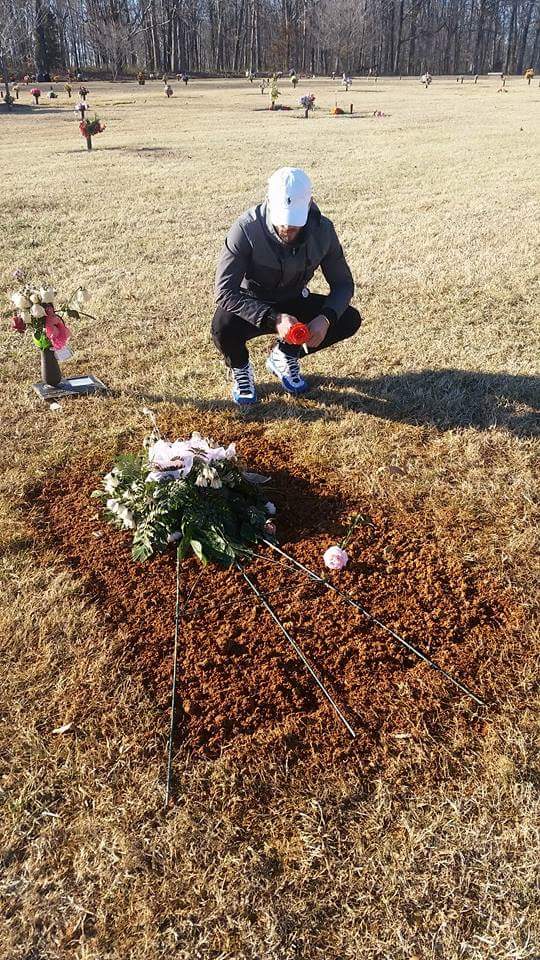 They thought that they would be ready for the eventual end – but they weren’t. Through it all, Caleb had Carman.

They’re both incredibly strong people to even talk about what happened.

“Carman is everything. I don’t know how I would have gotten through this without her; she is so strong,” Caleb said. “There’s not a second that goes by when we don’t miss Alia. I would give it all up for her to just be here, just for a day, just to hold her one more time. There is a relief she doesn’t have to suffer anymore and there are no more tubes down her throat. Boxing and my boxing family have helped me. We’ve received a lot of support from people in boxing. It’s been a sanctuary for me and it’s the reason why I fight now. I fight for her and that will never change.”

Alia died in her mother’s arms. Carman could always get her to laugh by tickling the bottom of her feet. She’ll miss her little funny noises.

“Even though Alia didn’t speak a word or laugh her whole entire life, she always managed to keep us laughing and we always had a smile looking on her face,” Carman said. “Everyone who ever met her fell in love instantly. She will never ever be forgotten and we continue to talk about her as if she were still here.”