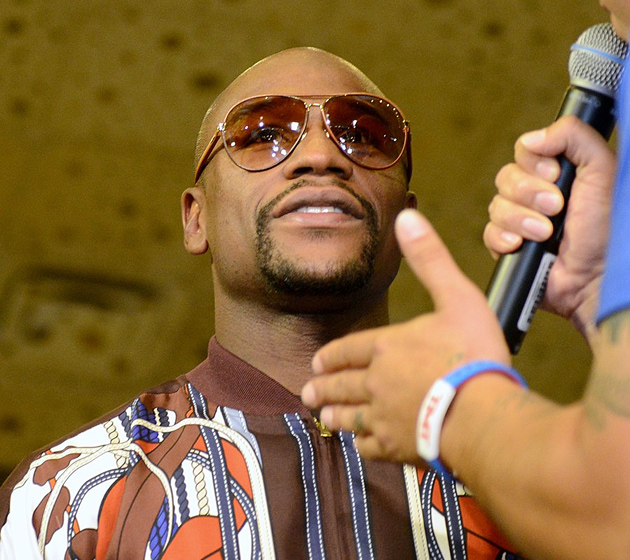 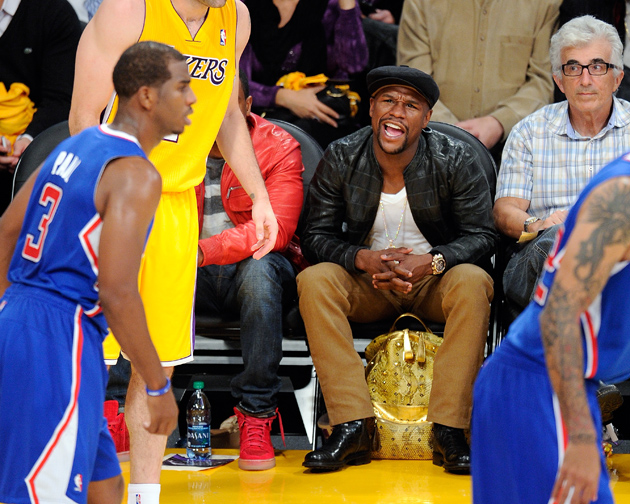 Floyd Mayweather Jr. attends a game between the Los Angeles Clippers and Lakers at Staples Center on Oct. 29, 2013. Mayweather says he’s interested in buying the Clippers in the wake of the Donald Sterling controversy. Photo by Noel Vasquez/Getty Images

Floyd Mayweather Jr. said he had "nothing negative to say" about Donald Sterling in the wake of the controversy surrounding the Los Angeles Clippers owner's racially-tinged comments. Mayweather expressed interest in buying the NBA franchise.

Sterling came under fire after an Instagram posting by his alledged mistress, V. Stiviano, of herself with Lakers legend Magic Johnson became the main topic of a taped conversation in which a man said to be Sterling asks her not to publicly associate with African Americans. On the audiotape, Stiviano appears to be arguing with Sterling, pointing out that she herself is black and Mexican.

Athletes such as Johnson, Charles Barkley and Shaquille O'Neal have spoken out against Sterling, who received a lifetime ban from NBA Commissioner Adam Silver on Tuesday. Mayweather said Sterling "always treated me with the utmost respect."

"Donald Sterling has been getting a lot of negative press. The thing is this, I don't have nothing negative to say about this guy. He's always treated me with the utmost respect. He's has always invited me to games. Always. He's always told me, 'Floyd, I want you to sit right next to me and my wife,'" said Mayweather.

"I don't know about the mistress. But I'm talking about him and the wife, and the mistress has always tried to sit girls by me, and I'll be like, 'No.' I was always like, 'No, this is my guy's seat.' My guy… his name is James McNair, and he always sits by me because he used to play basketball."

Golden Boy CEO, Richard Schaefer, was in attendance at the gathering, where Mayweather stated his desire to purchase the Clippers, having spoken to Shaefer, powerful advisor Al Haymon and Mayweather Promotions CEO Leonard Ellerbe.

"I called Al today about that to see if me, Leonard and Al and hopefully, Richard and a couple of other my billionaire guys, we can come together and see what we can come up with. Hopefully, we can do it. And it's not just talk. I do want to. I wouldn't mind. Once I get ownership in the Clippers, I can no longer bet, so I would have to stop that," said Mayweather.