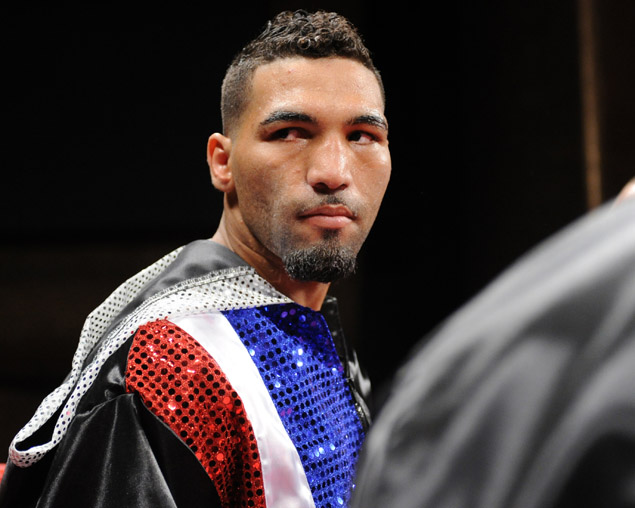 A team of doctors, nurses and a therapist labored over Edwin Jr. as Stephanie lay shocked and fearful. She called Edwin, who was not in the hospital at the time. By the time he arrived the medical team had taken his son off the breathing machine and had begun manually inflating his lungs. The sky was darkening around them.

Then, just as Corbett suggested long ago, tiny Edwin Jr. made a champion’s decision. He fought one more round. Not only did his oxygenation numbers begin to rise but his lung infection disappeared, meaning he might soon be strong enough to face the same heart surgery his sister had undergone.

The long-term prognosis was still not good. He was off the mat but still wobbly, feeling life’s punches slamming in on him in blinding flurries. The doctors doubted he would survive the surgery that he desperately needed. The Boxer believed otherwise, of course.

“I kept telling everyone it would be all right,” Rodriguez said. “Stephanie got upset with me a few times. She wanted to know why we were doing this. Why we were putting our son through this. She reminded me of the things we knew: that even if he survived he wouldn’t be able to do normal things. He wouldn’t walk. Other things.

“I didn’t care. He was my son and I would love him no matter what.”

Eventually the same will that has Rodriguez ranked No. 2 in the world by the WBC and in the Top 10 of every major rating organization prevailed. Barely a month old, The Fighter went by ambulance to Children’s Hospital in Boston to face surgery. It was successful and several days later he was in an ambulance returning to Worcester when, inexplicably, the vehicle suffered a power loss halfway through the trip and his ventilator had to be put on a backup battery.

Was there no end to this fight? Was there no cosmic referee to at least keep it fair? How much more could even a fighter such as this boy take?

After a change of ambulances, Edwin Jr. returned safely to the only home he’d known, the neonatal care unit in Worcester, where things would begin to stabilize — until they didn’t.

Soon he faced a rolling series of what are known as “death spells” caused by bronchial spasms that prevent air from entering the lungs. Often his heart would stop, the baby turning blue before he was brought back to life, but to what kind of life? 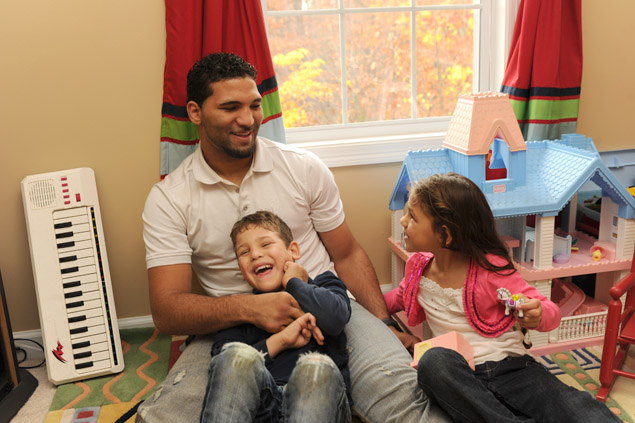 This would happen five times in a 10-day span. Each time The Fighter got off the floor and fought back, finally stabilizing to the point where both he and his sister became strong enough to face eye surgery to prevent blindness. It was New Year’s Eve 2006, 94 long days since their birth and dawn was breaking.

After the longest 122 days Edwin and Stephanie Rodriguez will ever know, their children finally left for home on Jan. 29, 2007, each weighing five pounds. They came not without difficult challenges and low expectations from many on the medical team that saved them but they were fighters and so they have, like their father, fought on.

Life since has not been without setbacks. Each was hospitalized again and Serena underwent vocal cord surgery because they had been accidently paralyzed during her heart surgery, making it difficult for her to speak. She also suffers with mild cerebral palsy but at 6 has caught up with her age group in schoolwork.

Her brother faced more even difficult struggles, including battles with cerebral palsy and autism. Each continued to need oxygen to aid breathing 24 hours a day for several years before being weaned from it, but three years after winning their great fight they did what no doctor thought they would: They walked down the aisle at their parents’ wedding. It was a championship moment, no belt needed.

“Life goes on,” Rodriguez said. “I’m not going to lie and say it’s easy every day but my son and daughter are happy kids. Even though there are a lot of things he can’t do like feed himself with a fork or hold a piece of birthday cake he’s always smiling. My daughter’s reading books. She looks out for her brother.

“When you go through something like this you look at life differently. You appreciate little things other people don’t. My son was supposed to never walk but now he walks everywhere. He was supposed to be non-verbal but he’s starting to talk and he has a better understanding of things. My kids are playing the cards they were dealt. We all are. That’s how life is.” 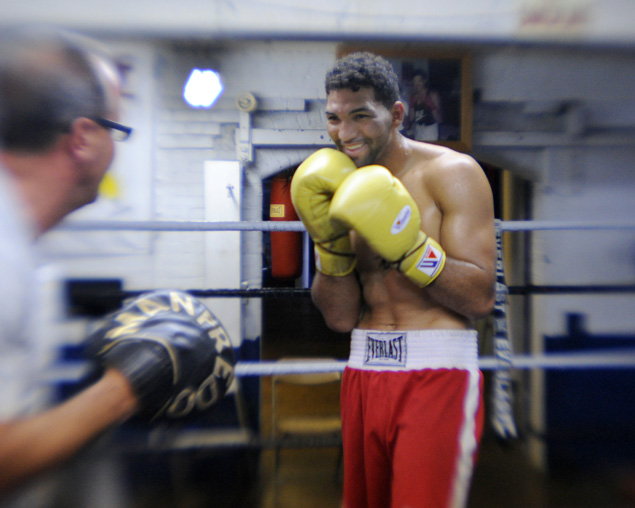 As they fought on so did their Dad, entering the byzantine and often baffling world of prize fighting in January 2008 without an Olympic medal to ease the way. Managed by local attorney Larry Army but without a promoter, Rodriquez began his own difficult fight against the forces of boxing that all but the most chosen must overcome. It was a fight of a different sort but one his children and his own difficult childhood had well prepared him for.

Rodriguez was born into poverty in the Dominican Republic, the fourth of six children, just another boy who dreamed of playing shortstop in the major leagues. He barely knew his father, who left for America when he was a child in search of a better life for all of them.

“I was born in the countryside,” Rodriguez said. “I didn’t really know my Dad (Octavio) until we came to the U.S. (when Rodriguez was 13).

“In the D.R. we had no electricity, no running water. We had an artesian well. We made a hole in the ground and put rocks in it. I used to sleep at my grandmother’s when I was 7, 8. She lived next to the river. One time the river overflowed into the house. I remember waking up and my uncle putting me on his back to get away from the river. You could say I came from nothing.”

When his father finally raised enough money, Edwin and his siblings were suddenly uprooted and dropped into the United States not of his dreams, but to a place where the winters were long and cold and where his father worked ceaselessly at a small bodega in Worcester. If a successful life is about adjustments, Rodriguez got an early education in it.

“It was kind of weird at first to be living with my Dad,” he recalled. “As a kid in the D.R. you had a little more freedom. No worries about gangs and stuff. We had family there. I left that all behind and came to a new world.

“The American Dream in the D.R. is making it in baseball. I tried to keep that dream alive. I was a decent shortstop. I made varsity but I lost interest because we couldn’t play year-round. A year later I found boxing and I loved it.”

His father didn’t until Edwin’s first trainer intervened, convincing him his son could be more than just another kid in the gym. Within four years, Rodriguez had mastered two things: boxing and English, the latter something he spoke not a word of when he arrived.