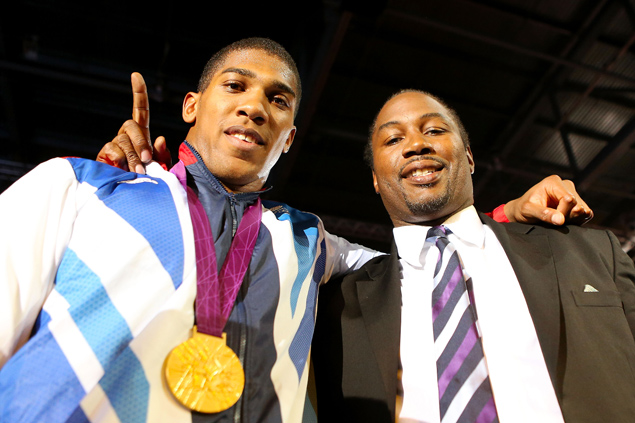 2012 Olympic super heavyweight gold medalist Anthony Joshua (left) has a promising pro career to look forward to but only time will tell if he can come close to accomplishing as much as 1988 Olympic gold medalist and former heavyweight champ Lennox Lewis (right), who is one of the most successful Olympians to turn pro. Photo / Scott Heavey-Getty Images

With the 30th games of the Modern Olympiad in the history books, the countdown has begun toward the next quadrennial gathering in Rio de Janeiro. Many of those who captured gold in London will attempt to repeat their successes in the hopes of enhancing their athletic legacies, just as Chinese junior flyweight Zou Shiming and Ukrainian lightweight Vasyl Lomachenko achieved in the boxing competition.

Time will tell whether either man will eventually turn professional. Of them, the 24-year-old Lomachenko is the most likely to add professional honors to his immense Olympic resume. The 2008 Val Barker trophy winner was so impressive that he just missed becoming the first fighter to win a second one. His textbook technique on both offense and defense will serve him well at the next level and his southpaw stance will only add to the challenges his future opponents will face.

Even if he fully realizes his potential, Lomachenko would be hard-pressed to be mentioned among the 10 best boxers who have combined Olympian heights with professional glory – especially in this age when the differences between the two genres are the widest they’ve ever been. Several of pro boxing’s greatest champions first achieved success as Olympians and the following list will detail who, in one man’s opinion, boasts the best combined resumes.