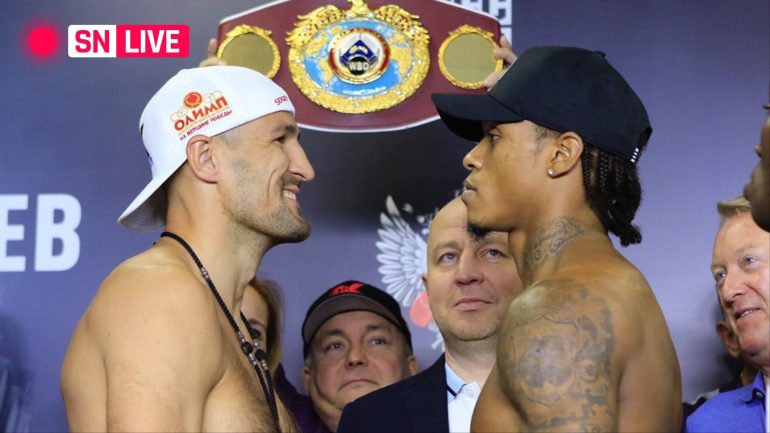 Anthony Yarde has his second shot at light-heavyweight gold when he meets feared Artur Beterbiev in London on Saturday night.

The London challenger is the underdog against the heavy-handed Russian, as he was when Yarde challenged Sergey Kovalev in his previous title attempt in Russia back in 2019.

While coach Tunde Ajayi admitted hard lessons were learned in Russia, Yarde is more thoughtful and acknowledges that it’s helped him become the man and fighter he has become.

“It’s experience,” Yarde added. “It’s all just building blocks, to build me as a person.”

Some have talked about this being Yarde’s time and his destiny but there’s no question he’s the underdog at the Wembley Arena. The build-up has been cordial but the fight could be explosive. Beterbiev has knocked out all 18 men he has faced while Yarde has stopped 22 of his 23 foes.

Yarde was typically respectful at the media workouts on Wednesday, but he made time for TV and media outlets and was in relaxed form while giving the champion his credit.

“He’s a world champion, he’s the current unified world champion,” said Yarde. “If you look at what he’s accomplished so far, it’s amazing, and that’s what amps me up. So, again, I beat him, I deserve some respect.

And Yarde is the person with homefield advantage and he will have the fans behind him, unlike the’previous title chance in Russia.