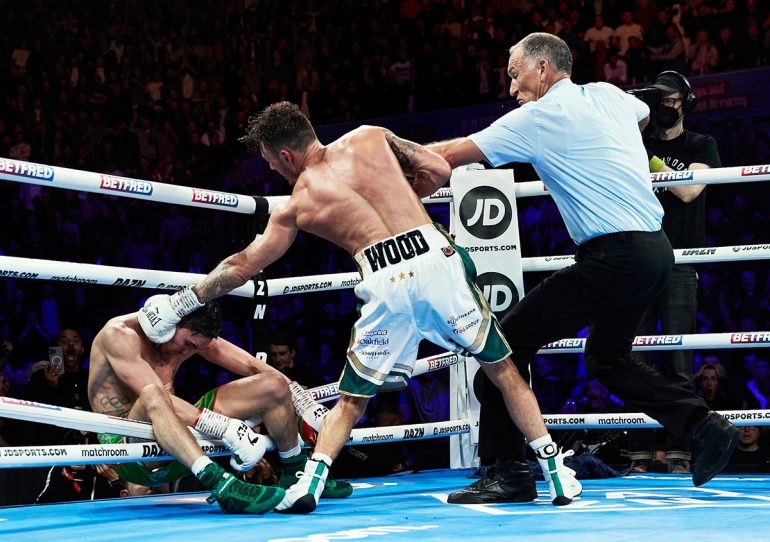 Joe Cordina, Christian Mbilli and Caleb Plant all scored spectacular knockout wins in 2022, all three with masterfully timed one-hitter quitters of the sort that rarely exist outside of movies and bully revenge fantasies. The oofs were just as spontaneous months later when we gathered videos for voting on the year’s best, and these three nominees deserve massive appreciation. They will be talked about for as long as YouTube exists.

As huge as those one-punch KOs are, however, none can eclipse the 135-punch knockout that Leigh Wood inflicted on Michael Conlan in March. There was a finishing blow, to be sure, but it was nearly invisible unless you had a seat with the right angle and almost irrelevant compared to the journey it took to get there and the drama that came immediately afterward. It wasn’t about a punch. The knockout was the sum of it all, and “all” was the Fight of the Year for a reason.

Lots of reasons, really. The rivalry. The atmosphere. Conlan, the undefeated rising star from Belfast, was all bravado on enemy grounds, facing the local hero and thousands of his chanting Nottingham brethren with hands low and chin forward, fully confident in his reflexes and accuracy to find the air between Wood’s heavier hands. He did so just before the end of the first round, sailing in a wide left that caught the Englishman on the jaw and dropped him hard on his back.

In that moment, the story of what we are now calling the Knockout of the Year acquired two more layers.

The first, though of course not known at the time, was that the plot had shifted to one of a comeback. And even before that could happen, it would be a story of survival. Everyone, including Wood, knows what usually happens when a guy comes off his stool after getting his bell rung at the end of the previous round. 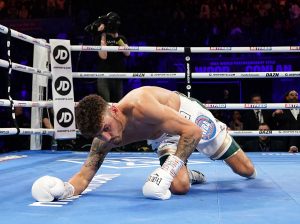 Wood struggles to recover from the first-round knockdown. (Photo by Zac Goodwin/PA Images via Getty Images)

Second, the knockdown happened right in front of where Conlan’s older brother, Jamie, was seated at ringside. Michael turned away from the fallen Wood as Jamie exploded to his feet, and to both brothers it must’ve seemed like the ending was signed, sealed and soon to be delivered. It would prove to be just the setup for a twist to come, though.

Conlan’s attempt to seal the deal didn’t work. In the minutes that followed, Wood clawed his way back into the fight and the damage accumulated in toe-to-toe skirmishes that got more fierce as the championship rounds approached. And then, at the end of Round 11, perhaps a slip or perhaps because of the left hand Wood landed, Conlan went down.

Still behind on all three judges’ scorecards, Wood extended his surge into the 12th round, pushing his foe backward as Conlan, the accuracy now lost in a fog of exhaustion, swiped with both hands and missed. Eventually there was no more room to back up, so with just over half of the round still to go, Conlan did his best to plant his feet and make a stand against the ropes.

And then, as if Wood had kicked the power cord out of the wall, Conlan went limp.

A right to the temple was the punch that ended the fight, but the only thing clear to those watching the angle on TV was Conlan sagging as if attempting to sit on the second rope, then crumbling backward into the dimness beyond the ring and disappearing behind the apron as he fell toward the floor. In an echo as poetically cruel as it was sensational, the plunge happened in the same place as the fight’s first knockdown, right in front of where Jamie was seated at ringside, and it was he who lunged forward to catch his brother. 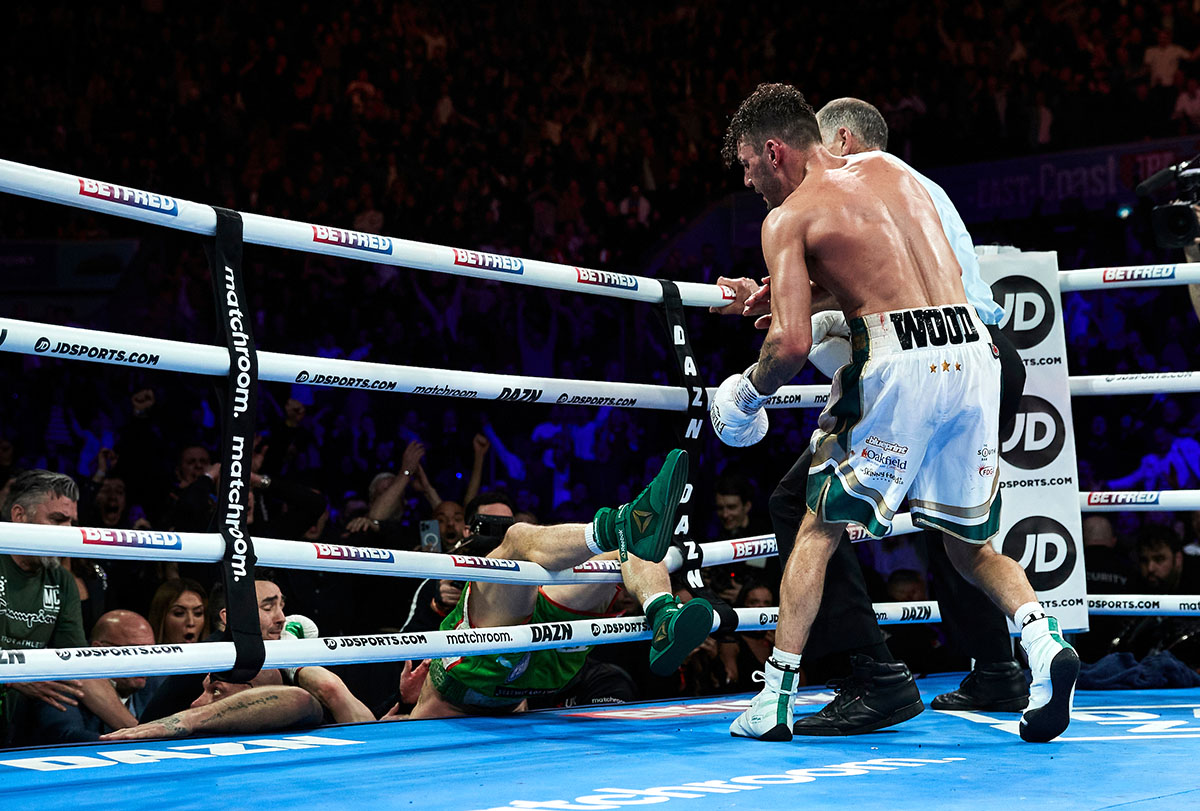 The image of a fighter being knocked through the ropes always calls to mind George Bellows’ painting of Jack Dempsey vs. Luis Firpo in 1923, and there are indeed visual similarities between that masterpiece and the one that culminated at 1:25 of the final round on March 12, 2022, in Nottingham Arena. Unlike Dempsey-Firpo, however, there would be no help from timekeepers, fans or fight scribes to lift Conlan back into the ring to stage a comeback. He was somewhere else, in that lonely but strangely peaceful position of being the only person who wasn’t there to witness the violent ending and the worrying moments that followed. Wood himself led the effort to quell the celebrations until Conlan’s safety could be guaranteed, and later that night Conlan would cheerfully tweet his congratulations from the hospital – along with his desire for a rematch.

For those who did witness the knockout, it was many things — a comeback, a comeuppance, perhaps a bit of tragedy, ultimately a punch — and it’s those layers combined that put it on a different level. Ironically, it stands apart because it is inseparable from the fight that produced it. All the one-shot knockouts of 2022 can exist by themselves as 10-second bits of entertainment, still just as good out of context. But while somebody tumbling out of a ring is something to see, the Wood-Conlan knockout doesn’t even make sense without seeing the entire fight and knowing what both men went through. It was much bigger than a good punch.