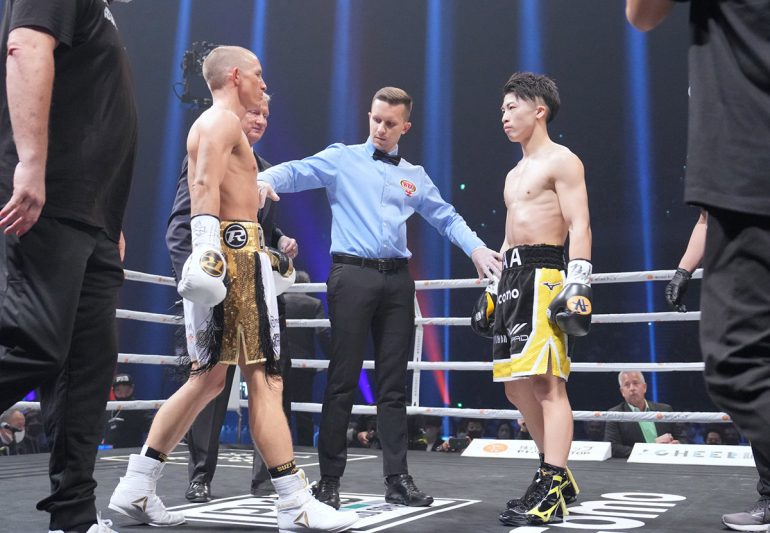 Just over a week ago, Ring/IBF/WBA/WBC bantamweight champion Naoya Inoue dominated and dispatched WBO titleholder Paul Butler in 11 rounds at the Ariake Arena in Tokyo.

Butler, who entered the contest ranked No. 6 by The Ring at 118 pounds, admits the step up in class from world level to facing one of the best fighters on the planet was an eye-opener.

“When you’re in with the top operators and they want to up it, they up it, and there’s nothing I can do about it,” Butler (34-3, 15 knockouts) told The Ring on Monday. “There’s not much I could do with him other than not letting him hit me clean. 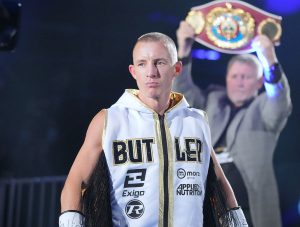 Butler would end up losing his WBO belt to Inoue. (Photo by Naoki Fukuda)

“It’s like me getting in the ring with an amateur; I know where to put them and maneuver them around the ring. I’m not saying I’m an amateur. I’m a world champion, but he’s a great. He’s the Canelo of the bantamweights. He’s very good at what he does.”

The 34-year-old has received his share of criticism for what was perceived as a negative effort, but explains it’s easier said than done when facing someone like Inoue.

“It’s difficult when you’ve got a pound-for-pound great who will go down as one of the all-time greats, in my opinion,” Butler said. “He hits as hard as he hits, and trying to take my head off, and trying to position me into places [so] he can get them shots off.

“The game plan was have a look at him for two rounds, feel the power out, grow into the power,” he explained. “You don’t want to be getting hit in the first round and getting a reaction straight away. I started to let my own hands go after four, five, six, maybe seven rounds. 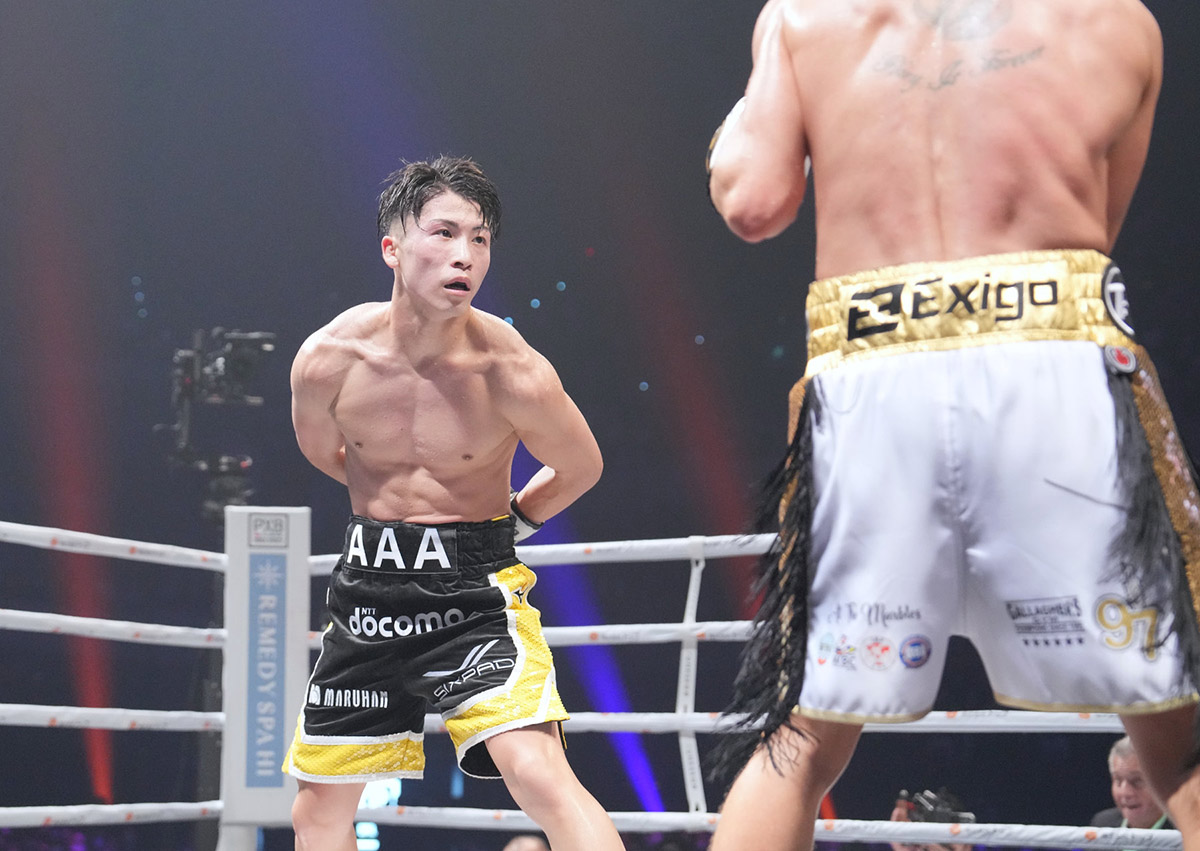 Butler says he was wary of Inoue’s attempts to bait him. (Photo by Naoki Fukuda)

“I do think I frustrated the shit out of him. When he was putting his hands behind his back and trying to lure me in, I knew what he was trying to do. He wants me to make a mistake, and boom! He’s got you.”

And while Butler doesn’t believe the Japanese superstar has the power people talked about coming in, it is Inoue’s all-around game that caused him problems.

“The power, I didn’t feel it that much. He hit me flush and with his best shots, and there was no real time that I can remember my legs scrambled and he jumped all over me,” he said. “I think it was mainly because I prepared myself for 12 weeks. When you’re looking at [Inoue beating McDonnell, Donaire, Payano and Rodriguez], you’re thinking, ‘He must have bricks in his hands.’ But when he hit me, I was quite shocked, to be fair, because it wasn’t as bad as I thought.”

Looking back on the fight, Butler admits he could have tried to be more offensive but asks at what cost that may have come. 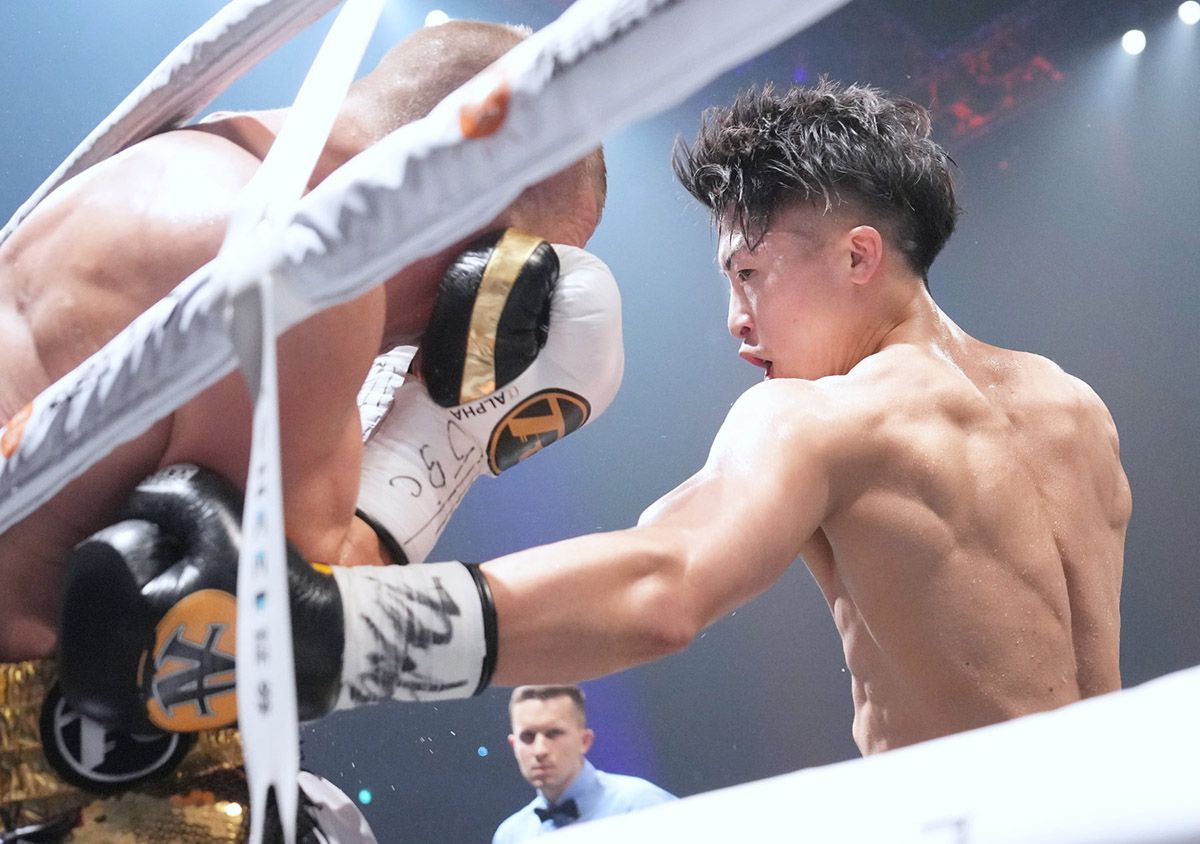 I took more rounds than many expected, but Inoue’s punches were doing damage for more than 10 rounds. (Photo by Naoki Fukuda)

“It’s easy saying that in hindsight,” he said. “I think I did clip him with a few shots and he didn’t feel ’em. He’s been hit by bigger punchers than me in the past. Look what Donaire did with him in Round 9 [in the first fight], and he’s a much bigger puncher than I am and he couldn’t seem to get him out of there.

“If I’d held my feet and let them go … we’ll never know. It was very difficult. I know what it looks like. I’ve been in the game 24 years. In my head, I’m telling myself, ‘Paul, counter this one.’ I’m listening to [my trainer] Joe [Gallagher] in the corner: ‘Come on Paul, counter that,’ but it’s hard because you know he’s not coming once; he’s coming again and again after that. I do wish I had countered a few of them back, but when I was catching him on the gloves, he was teeing them up. It wasn’t just a normal one-two he throws; he was teeing them right up, and I could feel the weight behind them on the gloves, and I’m thinking, ‘If I open up here and try to throw a left hook and that second shot comes over, I’m fucked.’ 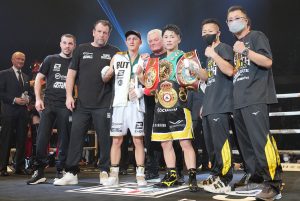 “Sometimes it was a case [of] ride that storm for a little bit and see what he’s like. We knew he was tight at the weight, so it was a case of let’s see what he’s like after six, seven, eight — but no, he was fine. He’s just a very special fighter. He hit well with both hands; I think he mixed his shots up well. I think my defense was very good on the night from head to body. I saw pretty much everything coming. I could have been slurring my words, but I’ve come out fine.”

It’s early days, but Butler will enjoy Christmas and some time off before deciding if he will fight again.

“I honestly don’t know if I’ll go back,” he admitted. “It all depends on if my rankings are good, stay half decent. If it’s shit and I’ve got to rebuild, there’s no point. I’ll be 35 by the time I box for another world title.

“I think if I was to retire tomorrow, I’m in a very good place. I’m financially secure — name another bantamweight that is financially secure. I can’t think of one; not in Britain anyway. If I was to walk away, I’d walk away happy. I won two world titles, I’ve done my town proud, I’ve done my family proud. I’ll see what happens and see where we go.”

Paul Butler says he can beat Naoya Inoue if he makes it past the sixth round – The Ring (ringtv.com)