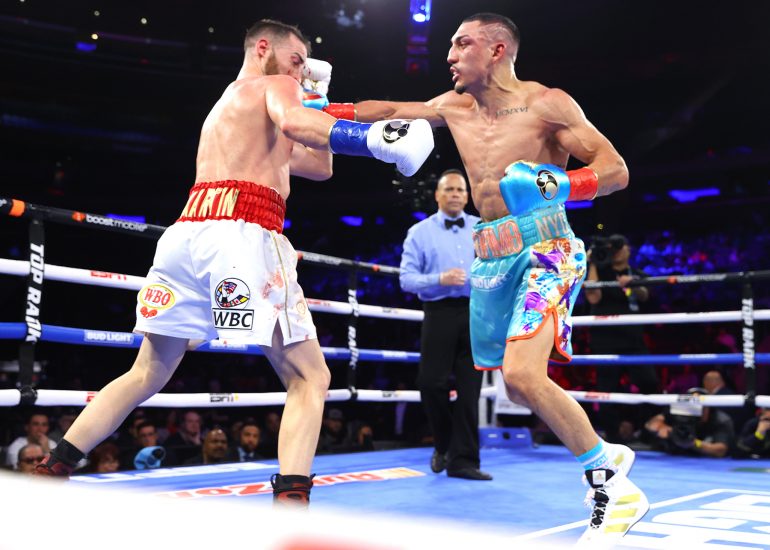 NEW YORK — Teofimo Lopez had hoped to return to his hometown of New York City with the kind of performance that would convince the world that “The Takeover” was back on track. Instead, his split decision victory over Sandor Martin on Saturday at Madison Square Garden raised more questions than it answered.

Lopez (18-1, 13 knockouts) struggled mightily with the mobile southpaw from Spain, being dropped by a counter right hook in round two. The 25-year-old Lopez never found an answer for that punch, but remained aggressive throughout the ESPN televised main event.

“It’s so hard to fight somebody like this when they’re running the whole time. Every time this guy committed, I countered and got him every time. He just ran the whole time,” said Lopez, has now won two straight at junior welterweight since his upset split decision loss to George Kambosos Jr. a year ago, which cost him the three lightweight titles he had won against Vasiliy Lomachenko in 2020.

“I apologize to everybody tonight. This is not how we perform. But, listen, our dancer partner was running the whole time.”

Martin (40-3, 13 KOs) appeared to have an injured nose from the first round, with the blood becoming a serious problem by the fourth round, but his southpaw movement kept him out of serious danger in the fight. It didn’t hurt Martin’s cause that Lopez continued to follow Lopez around the ring, allowing him to escape to his right whenever he was on the ropes.

Lopez found his success in the second half of the fight with his straight right to the body, and was the only fighter who threw in combinations. Martin, 29, of Barcelona, Spain was content to land one at a time, and rarely let his straight left hand go.

The crowd began to boo the fight in round 9 as Martin moved and Lopez stalked, with the fight no closer to a conclusive finish than in the early rounds.

Despite the difficulty in pinning down a moving target, Lopez says he feels ready for the top junior welterweights.

The loss snaps an 11-fight winning streak for Martin, who made his name in the United States with a majority decision win over Mikey Garcia 14 months ago.