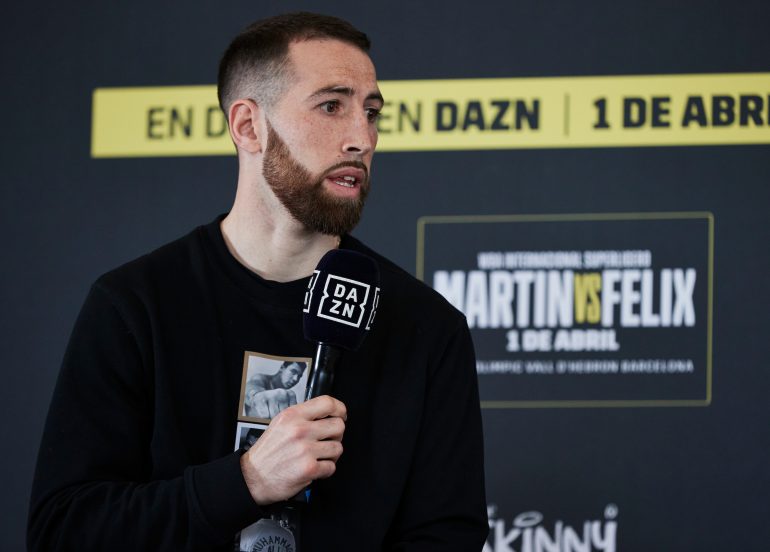 But Martin traveled all the way from Spain to score a surprise of his own back then, upsetting Garcia in Chukchansi Park in Fresno, California by majority decision in October, hoping to become an overnight sensation and finally get the big fights he craved.

More than a year after that, Martin has only managed to score a single win during 2022 and there were no indications of him getting any high profile bouts until a new, last-minute proposal materialized by way of an invitation to face former Ring lightweight champ Teofimo Lopez in New York on Dec. 10.

Martin doesn’t think he is to blame due to his inactivity.

“After that fight against Mikey Garcia I just had one fight in April, against Jose Felix,” he said about his homecoming bout in his native city of Barcelona, a fight he won decisively against a tough Mexican fringe contender. “I had a good result, I think I had a great victory. And later, the situation with Josh Taylor and the search for a world title with my team, with a chance of management thrown in and a few other things, it all conspired for me to be a little bit inactive. But I always stayed in the gym, so it’s not something I am worried about. I am in a great shape, I am ready to have a great fight for the fans to enjoy, and to mark another historic night for my country’s boxing history.”

Martin (40-2, 13 knockouts) will be taking on Lopez in the fabled Madison Square Garden, a dream for any fighter. And he feels that this is an additional source of inspiration for a fighter who is so focused on making history for a country like Spain, which has had its share of world champions but not exactly MSG-headline material throughout their history.

“I believe that the Madison Square Garden adds that extra motivation to this opportunity,” said Martin, who was born into a family of fighters. “It’s not just the fact that I will be facing a fighter like Teofimo or the idea of being in a world title eliminator, but it is also doing it in the Mecca of boxing. For every fighter it is a source of pride, and more if it’s the main event. Right now I can’t ask anything more in my life. I just have to work hard to seize this great opportunity.”

Martin’s opportunity seems to happen at the right moment as well. After suffering to make 135 for a while, Lopez moved up to 140 in his previous fight and scored a stoppage win over Pedro Campa in seven rounds back in August. A solid puncher like Martin, with an established career at 140, should see an advantage on the notion that Lopez is still trying to accommodate the extra weight and learning how to withstand the extra punching power. But even though Martin is not so sure that’s the case, he still feels there’s an extra advantage for him to be had in this whole situation. 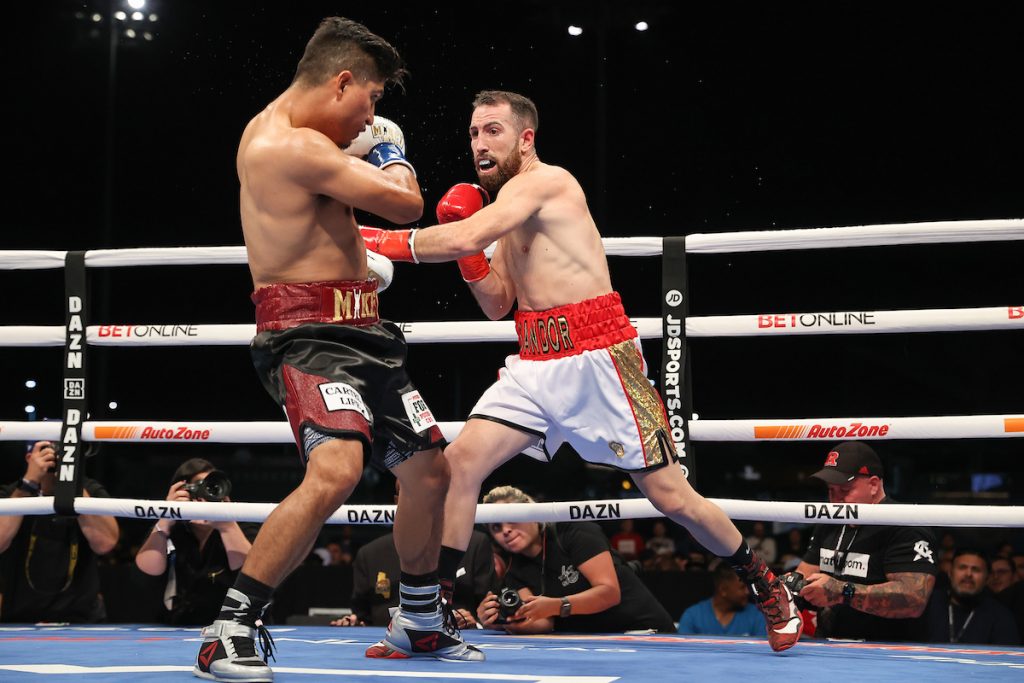 “Well, the truth is that he said he had a lot of trouble making 135 pounds. We assume that he will make 140 quite easily. He’s not going to have that pressure with the weigh issues. It could be a mistake in his strategy too. The fact that he won’t have to make so many sacrifices in his training may play against him. It’s something that I don’t worry about, honestly. He has to do his job and I have to do mine, and on the 10th we will see. But the fact that the fight will be at 140 pounds is something that goes in my favor. My fight against Mikey was at a catchweight of 145, and I was fighting above my usual fighting weight. Here, when I make 140 I know I am a much more dominant fighter. I am faster, I am more explosive, stronger, and this is something that will benefit me on fight night.”

Although Lopez did have that confidence-boosting win over Campa after losing his belts in Australia against George Kambosos Jr., he will still be looking to reestablish his credibility with a spectacular performance, and if that doesn’t happen he could end up feeling frustrated and underperforming. But Martin is not betting on that.

“His fight against Kambosos was a particular fight in his career,” observed Martin. “We can’t define everything Teofimo has done before just using that fight as a measuring stick. I even think that a fighter is even more dangerous after a defeat like that. That’s why we have taken this fight very seriously, we haven’t taken it lightly at all. And I believe that this fight against Kambosos has really added something to his style. But I still believe he has weak spots that we can exploit and work on during this fight, and that’s what we’re planning to do.”

Lopez (17-1, 13 KOs) was planning to face Puerto Rico’s Jose Pedraza on that date, but once Pedraza withdrew due to an undisclosed illness, the name of the upset-minded Spanish southpaw immediately began being considered for what could become a déjà vu of Martin’s upset win over Garcia.

Martin has no problem holding on to that notion and hoping that the late-call underdog mojo will once again work for him.

“Well, it’s a great opportunity against a fighter of the highest level,” said Martin, 29. “There are many similar things between this fight and my fight against Mickey Garcia. But I believe it is a completely different scenario in many ways. We have prepared consciously. I am very excited about this fight, about this great opportunity. And I do believe that the Mikey Garcia fight has been an important moment in my career, and beating a guy of that magnitude will certainly help me get the fights that I want in my career.