Sandor Martin: “I simply want to face the best and continue shocking the world” 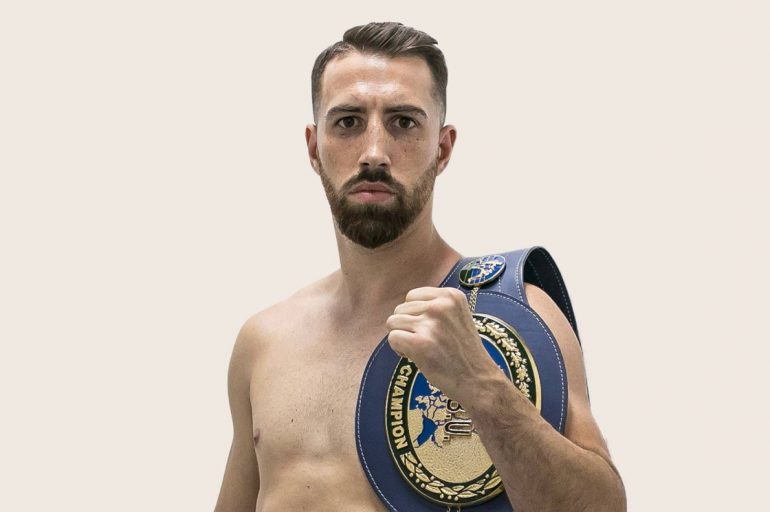 A victory against all odds is what defines boxing in the minds of millions of fans, casual or hardcore alike. And as of Saturday night, boxing has yet another one of those Hollywood-worthy stories to add to its collection.

No serious odds maker gave Spain’s Sandor Martin any real chance of beating a four-time world titlist like Mikey Garcia, who was fighting in his backyard to boot. And yet, the 28-year-old southpaw from Barcelona, fighting for the second time as a professional away from his homeland, managed to unleash the silent rage of the underdog onto an unsuspecting Garcia, leaving the boxing world to wonder whether the result was more due to Garcia´s wear and tear than to Martin’s talent.

For many, it was a Rocky-like upset. For Martin, however, it was the culmination of a lifetime of dedication to his craft.

“My dad owns one of the most prestigious gyms in all of Spain, he has been training people since the ‘80s. I grew up in a boxing environment,” said Martin (39-2, 13 KOs), in a phone conversation after a triumphant reception in his neighborhood upon his return from his successful trip to the US. “I started boxing when I was 4 or 5 years old. Here in Spain we didn’t have the possibility of competing because the law forbids competition below the age of 15.

“Since my father has roots in France, he was born in Paris, I would leave Barcelona and travel to France to compete, and started taking my first few steps in boxing. Later I could combine that with several combat sports in which I could compete, but not in boxing. As an amateur boxer I had a record of 25-0-1, and I fought abroad in Italy and France mostly, as well as Spain and Uruguay.”

Martin’s commitment to the sport is only second to his love for it, which resonates in every word he utters.

“I’ve always been passionate about boxing. It’s in my blood,” said Martin. “My entire life has revolved around it. Thanks to my father’s involvement I’ve been able to be in great fights and I always dreamed about being there myself. That day arrived and I fulfilled one of my dreams.”

The pursuance of that dream began at a younger age and, surprisingly, has developed almost entirely in the same weight class in which he has fought most of his career.

“At the age of 18 I turned pro. I became the youngest champion of Spain at 140 pounds. I also became the youngest European champion at 140 too,” he says, putting to rest the debate on whether he agreed to a catchweight fight against Garcia to test the waters of the welterweight division. 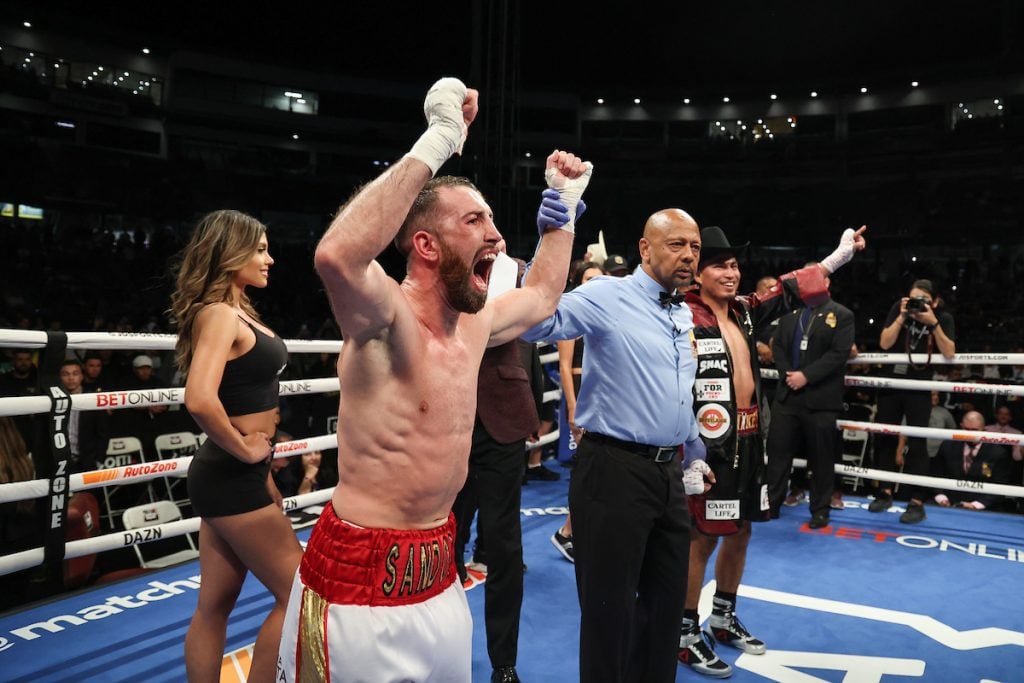 “I am a natural 140-pounder. After this fight I will return to my division, which is where I feel stronger, comfortable, fast, where I have achieved all my goals. When this opportunity arose to fight Garcia at a catch weight it was an opportunity that we couldn’t refuse, because it was a chance to fight a world-class fighter, with the advantage that at 145 he is not too big for us to be facing someone much stronger. 140 is where I want to have my best fights and where I want to face the great fighters that are out there. There’s (No. 1 Ring-rated Regis) Prograis, (Ring champion Josh) Taylor, (No. 3 Ring-rated Jose) Zepeda. (No. 1 Ring-rated Jorge) Linares can come up from 135. I simply want to face the best and continue shocking the world.”

Against Garcia (40-2, 30 KOs), Martin has shown that he has enough tools in the ring to continue doing well against this level of opposition. But even before the fight, he shocked the world with the extraordinary level of confidence he displayed, which in hindsight appears to be just right.

“The truth is that I was very confident that I could defeat Mikey Garcia, I trusted my abilities, I knew I had them in me. I knew I could surprise everyone, and specially Mikey. I am a dedicated boxer, and that confidence comes from my commitment and my effort in boxing, and the dedication that I put in the gym.  I didn’t see anything in particular in Mikey that would help me predict the result. I simply knew what I could do with my boxing abilities.

“I know my abilities are world class, but I needed the chance to prove it. Mikey Garcia gave me that opportunity, and that’s where I believe they made their mistake. I always said that since I arrived in the US, and it wasn’t an act of arrogance, but rather an act of confidence. And I delivered on my promise. I think I had a great performance. We shocked the world with the way in which we defeated Mikey Garcia, being a more complete fighter and showing a very intelligent fight plan. But I believe I am ready for much more. I am capable of offering much better fights, and in my next few fights I will surprise everyone.”

The logical step, for many, would be to reciprocate Garcia’s invitation to the US by staging a rematch, whether in Europe or anywhere else. But Martin looks past that, and hopes that his path takes him in a different direction.

“I really don’t know,” says Martin, when asked about the possibility of a second fight against Garcia in the immediate future. “My goal is to return to 140 and become a world champion. If we fight again I think I can defeat him easier than the first time, but I want to go back to 140 right now. At this time, we’re calling the shots for that fight, and my team will determine what’s the best course of action for my future.”

Another achievement that the future may hold for Sandor is the opportunity to become Spain’s greatest fighter of all time. In spite of having a solid list of world titlists and great fighters through more than a century, stretching from the days of heavyweight contender Paulino Uzcudun in the early 20th century to more recent titlists like Kiko Martinez, Spain has never had a Hall of Fame-caliber fighter to boast. So far, former junior middleweight and middleweight titlist Javier Castillejo is the most successful one ever, with only six wins in title fights over two different reigns in two divisions.

The bar seems to be pretty low, and Martin’s talent and dedication could very well put him in a path towards the top of the list of greatest Spanish fighters ever. But he is counting his blessings one at a time, and hoping that the right opportunities will bring him closer to that not-so-lofty goal.

“I feel privileged for living this dream, I hope it never ends,” said Martin. “The idea of becoming a reference for my country, for the future generations, it is something that motivates me to achieve even greater things, to have bigger and more important fights, and become one of the best Spanish fighters of all time. This is what I dream, this is what I work for, and I am confident I can achieve it. What I have to do is keep my feet on the ground and work hard, and then have my hand raised in the ring after doing my job. Now, the world knows that Spain has a fighter who wants to earn his opportunity to be a world champion, and I will make the most of it. I am here to make history in my sport and in my country.”