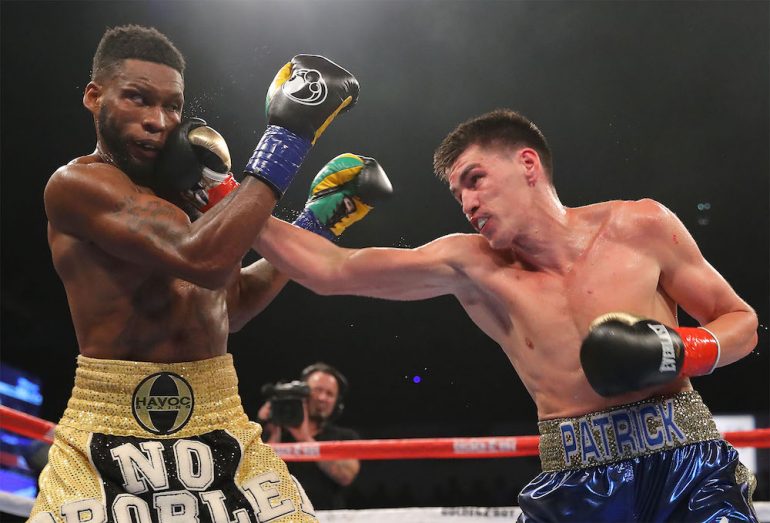 When Teixeira looks back, he believes he was hard done by in his disqualification loss to Paul Valenzuela (DQ 2) on the undercard of Ryan Garcia-Emmanuel Tagoe earlier this year.

“I don’t think I should have three losses. What the Mexican did to me was an injustice,” Teixeira (31-4, 22 knockouts) told The Ring through his handler, Patrick Nascimento. “He threw himself [to the floor,] as he did in a [previous] fight.”

The 31-year-old Brazilian southpaw, who was his country’s fifth fighter to be crowned world champion, is more accepting of the two defeats that bookend the Valenzuela setback.

“Unfortunately, defeat is part of it,” he admitted. “I lost two fights in a row. Brian Castaño, who was my mandatory defense, right after winning the title. Castaño [ranked No. 1 by the WBO] and a former [WBA] champion. Magomed Kurbanov was No. 2 in the world [at the time].

“I lost to two great athletes. From these defeats I take experience to come back even stronger.”

Teixeira hopes that now he’s returned to the win column, he can secure a more significant fight in 2023.

“Also [I would like to] focus on [Israil] Madrimov and [Sebastian] Fundora.”

His longtime handler, Nascimento, is ready to help his client get the big fights.

“Well, I have great plans for Teixeira,” said Nascimento. “Soon, I will be sitting down with our mentor Robert Diaz to discuss a brilliant comeback and the desire to stay with Golden Boy Promotions for the rest of our career. Our relationship is much more familiar than business. We are ready to be world champion for Golden Boy again.”