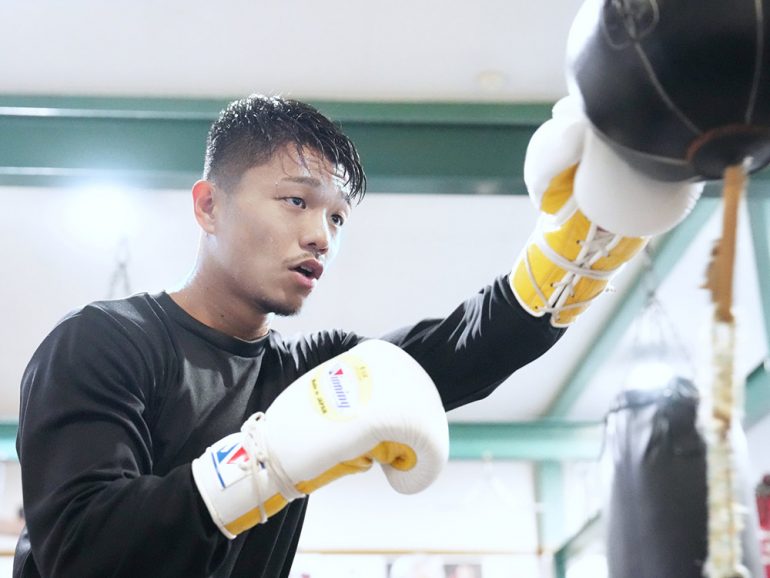 Former WBO flyweight titlist Junto Nakatani will step up to junior bantamweight next Tuesday against Francisco Rodriguez Jr. in a scheduled 10-round contest. It will take place on the undercard of Hiroto Kyoguchi-Kenshiro Teraji at the Super Arena in Saitama, Japan.

“I can’t wait to fight in junior bantamweight division, and I hope everyone will enjoy my own unique boxing on November 1,” Nakatani (23-0, 18 knockouts) told The Ring through Hank Hakoda. “I believe this is a division where I can display my ability better. Francisco Rodriguez Jr. has had a profound career, so I am very determined right now.”

The 24-year-old southpaw agrees that Rodriguez was likely picked because he put up a good effort last year against WBO 115-pound titlist Kazuto Ioka in a world title fight and should be a good barometer.

“I think that’s part of the reason,” he acknowledged. “Besides, Rodriguez has fought at the world class for years with a greatly proven track record. He is definitely stimulating opposition for me in that sense, too. My management probably took these things into consideration. Watching his bout against Ioka, I was impressed by his toughness and good Mexican-style movements.” 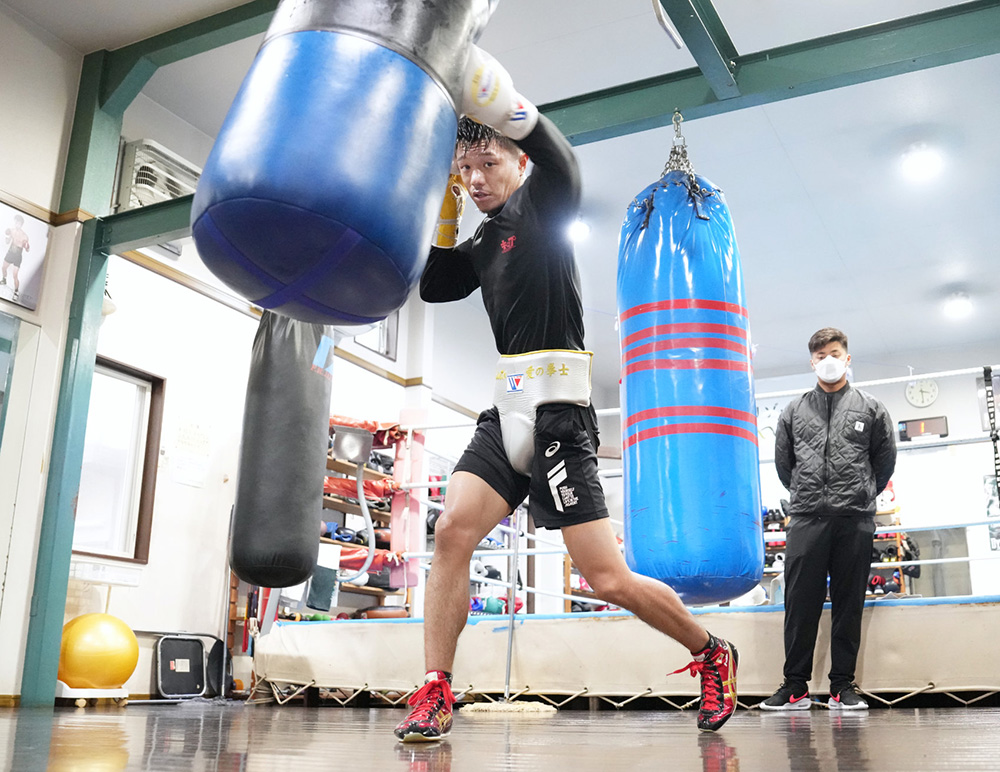 Nakatani is confident his punching power will be just as effective at 115 pounds. (Photo by Naoki Fukuda)

Nakatani is respectful of what Rodriguez brings to the fight but expects to have too much for the hardnosed Mexican.

“Rodriguez is an experienced former [strawweight] world champ, who has remarkable work rate and pressure,” explained Nakatani. “He makes a fight with his fine constant head movements and very long punches. My basic strategy consists of fighting from a long distance to dominate the fight. That being said, I should engage in necessary exchanges. No matter how close he gets to me, I should be able to beat him up. In my sparring sessions, I tried out various things, assuming every possible situation.”

The rising Japanese star sees more at stake than just a single victory, however.

“I understand eagle-eyed boxing observers, including champs, are paying attention to my next outing,” said Nakatani. “I should deliver a dominant and appealing performance to convince them to put my name on the junior bantamweight major players. I will take assertive actions to achieve a KO victory.”

Nakatani’s corner is helmed by veteran Rudy Hernandez, who expects a tough fight for his pupil but hopes he can make a statement in the new division.

“Francisco Rodriguez Jr. has a strong will,” said Hernandez. “He has fight experiences, switches right to left. He has good boxing craft and desire to win. This probably can be his last chance for a big fight, so I think he will come ready to fight and give his very best.

“I expect Junto to win by knockout. [It’s] important for him to leave a big impact, and he has ability to be Japan’s next boxing star — of course, after Naoya ‘The Monster’ Inoue, who I believe is the best fighter in the world today.”

Rodriguez (36-5-1, 25 KOs), who is rated No. 7 by The Ring at 115 pounds, headed to Nicaragua and lost to national hero Roman Gonzalez (TKO 7) early in his career. He dropped to strawweight and knocked out Merlito Sabillo (TKO 10) to become WBO titleholder at the age of 20 before adding the IBF belt in a unification with Katsunari Takayama (UD 12).

In 2015, he moved up to junior flyweight and lost back-to-back decisions to Donnie Nietes (UD 12) and Moises Fuentes (SD 12). “Chihuas” moved up in weight once more and went on a 15-fight win streak to earn a shot at WBO titleholder Ioka. He was outpointed but has won two fights since to stay in the hunt.

Kenshiro Teraji ready to box or brawl with Kyoguchi for championship