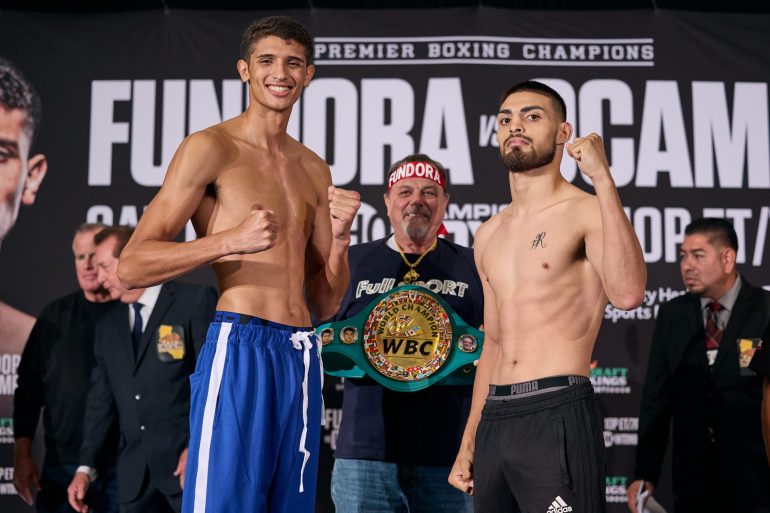 Sebastian Fundora and Carlos Ocampo made weight for their clash Saturday night at Dignity Health Sports Park in Carson, California.

Fundora (19-0-1, 13 knockouts), who resides in Coachella, California, overcame a knockdown at the hands of Erickson Lubin in the seventh round of his last bout on April 9 to win by knockout after the ninth round in what has been one of the best fights of the year. At the time of the stoppage, Fundora was down on two of the judges’ scorecards and had dropped Lubin twice during the fight.

The victory over Lubin took place over four months after Fundora defeated Sergio Garcia, who was unbeaten entering the Fundora fight, by unanimous decision.

Fundora will have a significant height and reach advantage over Ocampo. Fundora, who is ranked No. 2 by The Ring at 154 pounds, stands almost 6’6”, about seven inches taller than Ocampo.

Ocampo (34-1, 22 KOs), who resides in Ensenada, Mexico, is riding momentum of having won his last 12 fights since losing his only bout at the hands of Errol Spence in June 2018. Ocampo was vying for Spence’s IBF world welterweight title.

The 26-year-old last fought on June 11, stopping Vicente Rodriguez in the opening round. The win over Rodriguez took place over two months after Ocampo knocked out former fringe contender Mikael Zewski in the ninth round. 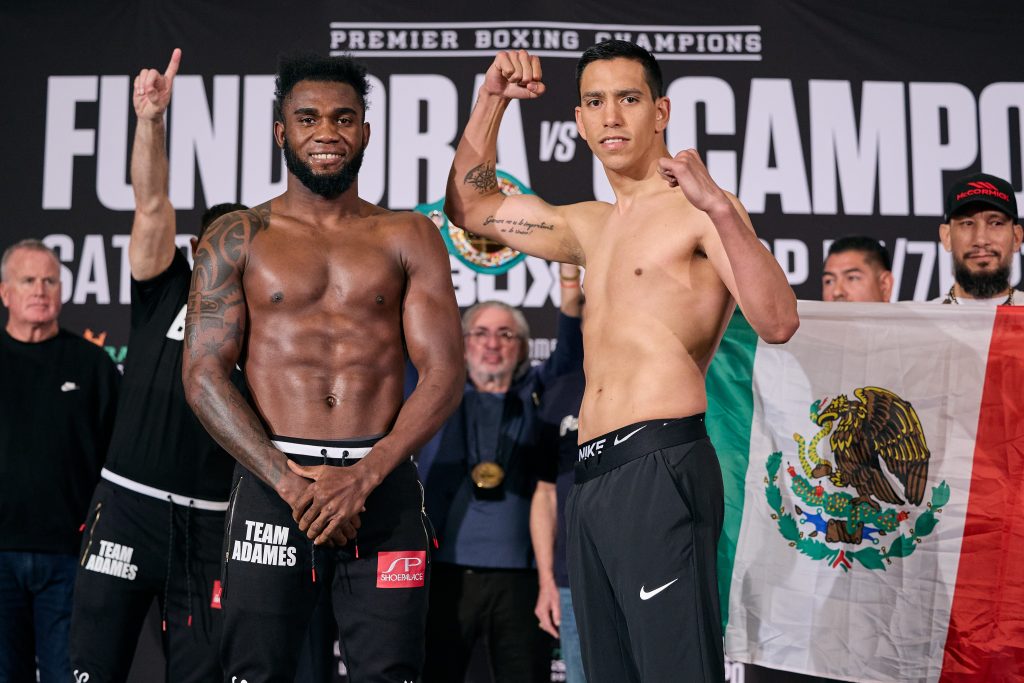 In the co-feature, hard-hitting Carlos Adames (21-1, 16 KOs) of the Dominican Republic will square off against Juan Macias Montiel in a 12-round bout.

Adames weighed in at 159.25 pounds, while Macias Montiel came in at the middleweight limit of 160 pounds.

The 28-year-old defeated Sergiy Derevyanchenko in his last bout on December 5 and has won his last five bouts since losing by unanimous decision to Patrick Teixeira in November 2019.

In the opening bout of the Showtime telecast, Fernando Martinez (14-0-1, 8 KOs) of Argentina will defend his IBF world junior bantamweight title against Jerwin Ancajas (33-2-2, 22 KOs) of the Philippines in a 12-round bout. 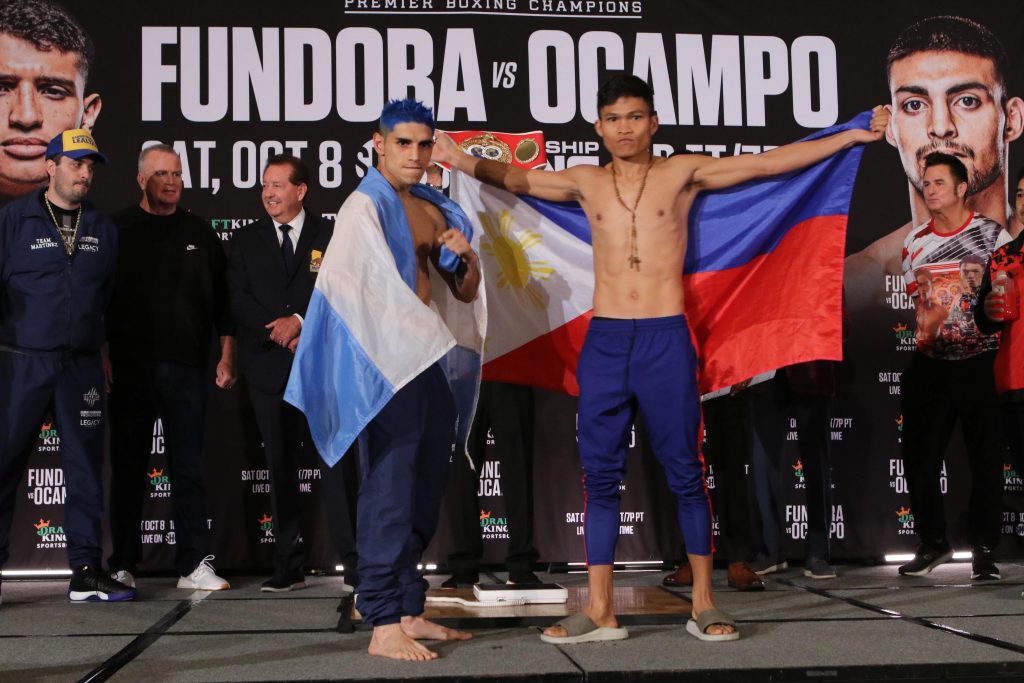 Saturday’s clash will be a rematch of their February 26 bout, which Martinez won by unanimous decision. Martinez and Ancajas are ranked No. 4 and 8, respectively, by The Ring at 115 pounds.

Both Martinez and Ancajas weighed in at 114.75 pounds.