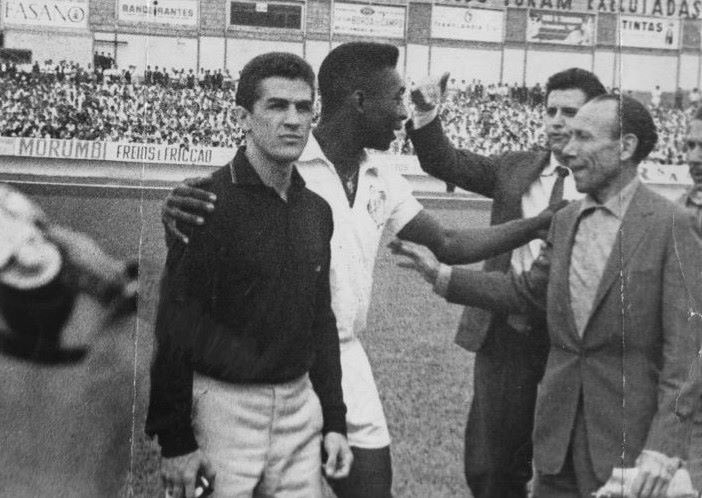 The Brazilian ring legend had been hospitalized since March due to pneumonia, and died due to complications from pneumonia in his hometown of São Paulo, Brazil, his daughter Andrea announced on Facebook.

Jofre had been the oldest living world champion at the time of his death. He is the consensus pick for Brazil’s greatest boxer, and is considered by many to be the greatest bantamweight champion ever.

Jofre (72–2-4, 50 knockouts) turned pro in 1957, after making it to the quarterfinals of the Olympics the year before. He won a version of the bantamweight championship in 1960, knocking out Eloy Sanchez in six rounds, and reigned until 1965, when he lost a split decision to Fighting Harada in Japan.

He retired the following year after losing another decision to Harada, before coming back to the ring three years later. Jofre picked up another world championship in 1973, defeating Jose Legra by majority decision to win the WBC featherweight title, before retiring for good in 1976.

Jofre, who became a vegetarian at age 20, credited his healthy, active lifestyle for his longevity, saying he avoided smoking and drinking.

“I always did my best to stand up for my country and show that sports can be an excellent way for young people to reach great goals,” Jofre told this writer last year.

The loss was mourned by many in Brazil, which had been focused on a contentious presidential election.

“Eder Jofre was an icon of Brazilian and international sport. After his participation in the Melbourne 1956 Olympic Games, he paved the way for a very successful history of Brazilian boxing. His legacy will still be observed for generations and his achievements will continue to inspire”, said Paulo Wanderley, President of the Brazilian Olympic Committee.