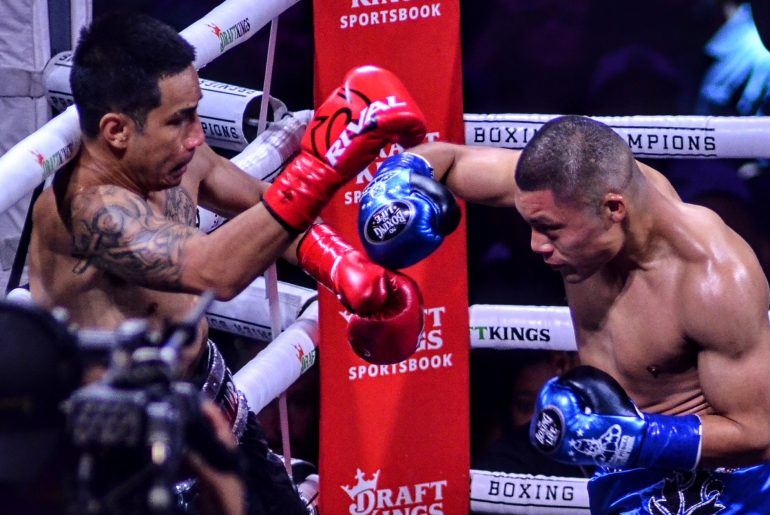 In a WBC world title lightweight elimination bout, it was all Cruz from the opening bell as he was the aggressor and landed the more-effective punches against the southpaw Ramirez, who tried to fight back but was not able to keep up with the aggressive Cruz.

Midway through the second round, Cruz threw and landed a lead left cross to the head of Ramirez, dropping him face-first to the canvas. Ramirez beat the count, but was still on wobbly legs as he again attempted to defend himself from the onslaught of punches from Cruz.

Later in the round, Cruz trapped Ramirez in a corner, where he faked a right hand, but connected with a left-right combination to the head that dropped Ramirez to the canvas. Referee Jack Reiss immediately stopped the fight at 2:27.

Cruz, who is ranked No. 5 by The Ring, has won his last two bouts since losing to Gervonta ‘Tank’ Davis on December 5. The Davis-Cruz fight also took place at Crypto.com Arena.

With Davis at ringside, the pro-Cruz crowd began chanting ‘We want Tank’ and would boo Davis anytime his image appeared on the big screen above the ring.

The 24-year-old Cruz is hopeful a fight against Davis does take place, but did offer another opponent when he was asked after the fight who he would also like to fight.

“Devin Haney,” replied Cruz. “I would like that fight.”

Ramirez, who resides in the boxing hotbed of Los Mochis, Mexico, drops to 27-3-3, 12 KOs. The 29-year-old had won his previous five bouts since losing to Claudio Marrero in June 2019.