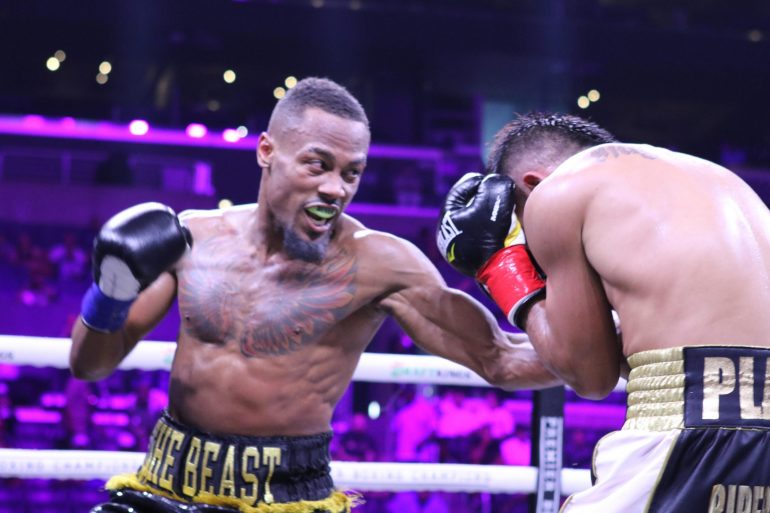 It was all Aleem from the opening bell as he worked behind a consistent and solid jab.

Early in the second round, Plania went to one knee. At the same time Aleem threw a punch, Plania fell to the canvas. Referee Ray Corona administered a standing eight-round, although replays showed the punch did not land flush on Plania.

As the bout progressed, Aleem asserted himself, walking Plania down. Plania attempted to land one significant punch, but when he did land a right hand, Aleem took the punch well.

Ra'eese Aleem closes out RD10 with a combination to send Mike Plania fleeing. It's in the judges hands now. #AleemPlania pic.twitter.com/OZXnEr2H6u

Aleem continued to dominate rounds as Plania looked like he was in survival mode. Plania looked defeated going into the last couple of rounds. During the 10th round, a right hand to the head followed by a left hook stunned Plania. Aleem followed up, but Plania wisely tied up. Aleem attempted to drop Plania, but the bell sounded to end the round.

The Aleem-Plania fight was originally scheduled for June 18 on the undercard of Jermall Charlo-Maciej Sulecki fight, but the card was postponed after Charlo suffered an injury to his back during training camp.

Sunday marked another win  for the 32-year-old, who is originally from Muskegon, Michigan and now lives and trains in Las Vegas, Nevada. In his previous bout on November 27, Aleem defeated Eduardo Baez of Mexico by majority decision.

Plania, who resides in General Santos City in the Philippines, falls to 26-2, 13 KOs. His most significant win was by majority decision over Joshua Greer in June 2020.

The Aleem-Plania fight aired on FS1 and took place prior to the heavyweight clash between contender Andy Ruiz and Luis Ortiz.