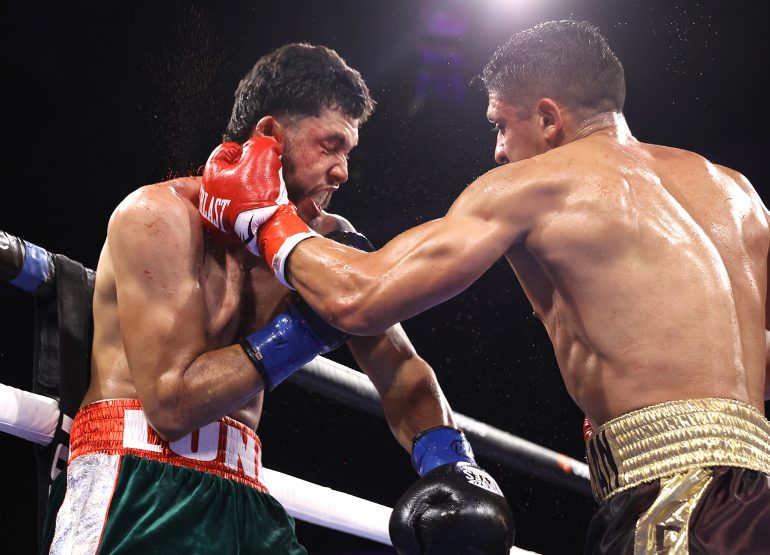 The two scorecards of 100-90 did not reflect the competitiveness and closeness of the fight. The third judge tabulated a 96-94 scorecard for Santillan that seemed aligned with what several media and boxing insiders had.

From the opening bell, Luna’s awkward style and reach gave Santillan problems. During an exchange in the second round, Santillan suffered a cut over his right eye due to an accidental clash of heads. Fortunately for him, the cut did not play a factor over the next couple of rounds.

Luna’s height and reach continued giving Santillan difficulties, especially on the inside. Midway through the fourth round, an uppercut snapped Santillan’s head back. Santillan was not visibly hurt from the punch and fought on.

During the second half of the fight, Santillan initiated exchanges. He would walk Luna down against the ropes, where he would vary his offense and connect to the head and body.

The cut reopened during the seventh round, causing blood to seep out along the right side of Santillan’s face.

Sensing he was possibly down on the scorecards, Santillan was the aggressor. Santillan did hit paydirt during the final round when a left to the head momentarily stunned Luna. To his credit, Luna fought back, but had difficulty fending off Santillan, who threw and landed two and three-punch combinations to the head.

Luna, who resides in Gomez Palacio, Mexico, drops to 19-1-2, 10 KOs. He was making his United States debut against Santillan.