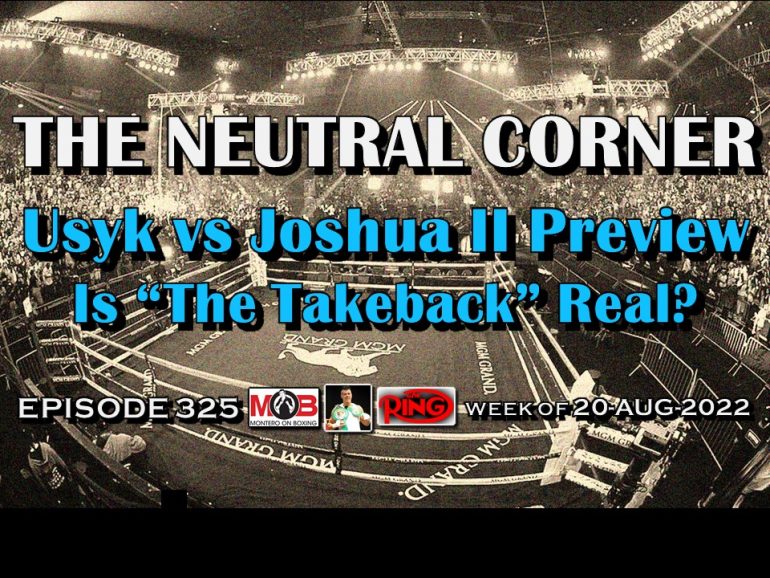 On episode 325 of The Neutral Corner boxing podcast, host Michael Montero gave his thoughts on Tyson Fury announcing that he has officially retired from boxing.

Is Fury serious about retirement, or will he be back? Either way, he has relinquished his Ring heavyweight championship belt. Which means, Oleksandr Usyk and Anthony Joshua will fight for the vacant title this Saturday in Jeddah, Saudi Arabia.

On Saturday, August 13 in Las Vegas, Teofimo Lopez made his debut in the junior welterweight division. The former lightweight champion scored a TKO7 win over Pedro Campa in the main event of a Top Rank card that was broadcast on ESPN. After the bout, Lopez said he is set to return on December 10 in New York against an opponent to be named.

In the co-main, Puerto Rican prospect Xander Zayas improved to 14-0 (10 knockouts) with a TKO5 win over Elias Espadas of Mexico.