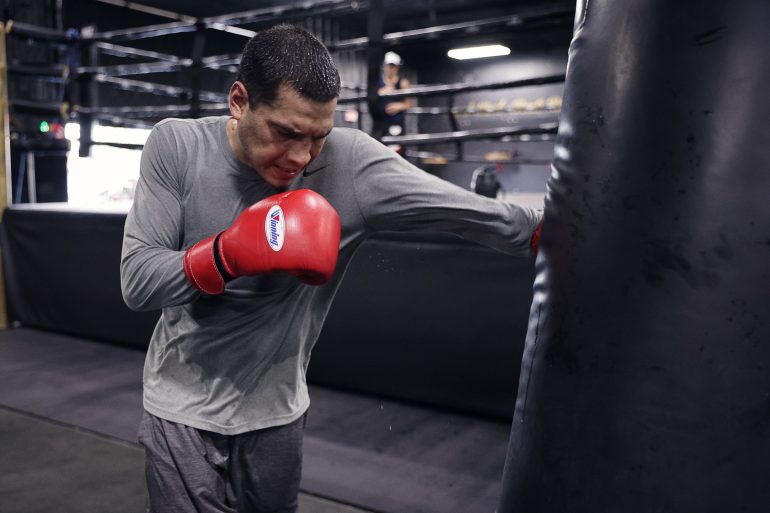 Omar Figueroa Jr. says he isn’t going to let the withdrawal of Adrien Broner dampen his performance this Saturday as he gets set to face late replacement opponent Sergey Lipinets in the main event of a Showtime Championship Boxing card.

Broner, a former four-division titleholder, announced early Monday that he was pulling out from the fight at the Seminole Hard Rock Casino in Hollywood, Fla., citing mental health issues. Figueroa (28-2-1, 19 knockouts) of Weslaco, Texas didn’t take too kindly to the late withdrawal, challenging Broner to show proof that he is seeking professional help for his mental health issues.

“Not saying you don’t suffer from mental health issues as we can all tell you do, just don’t use it as an excuse now after you’ve been undisciplined and not taking this fight/training camp seriously,” Figueroa wrote on social media.

Figueroa, 32, won the WBC lightweight title in 2013 with a unanimous decision over Nihito Arakawa, but was stripped of the belt in late 2014 after being sidelined due to an infected cut he suffered in a title defense against Daniel Estrada.

He hasn’t fought since May of 2021, and is coming off back to back losses to Yordenis Ugas and Abel Ramos.

“With the opponent change I’m even more ready to take all the frustrations and anger that have built up in camp and bring it into the ring on Saturday and come out victorious,” said Figueroa.

“I’ve made changes in my life and I’m excited to see the kind of fighter that I am now. I’m going to show what I can do now that I have a clear head and a clear path ahead of me.”

Lipinets (16-2-1, 12 KOs) is also seeking to rebound, having been knocked out in six rounds last April by Jaron Ennis. The California-based Kazakh had been scheduled for a bout on the undercard.

He has fought his last five bouts as a welterweight, but will be returning to 140 pounds for the WBC elimination bout.

“We’ve actually been in camp for almost three months getting ready for whoever they put in front of me,” said Lipinets. “We’ve been training with no particular opponent in mind. There have been a few different guys that have said they wanted to fight me. So, we’ve been sparring with and preparing for all types of styles. And now we get this great news that I get to fight Figueroa this Saturday.”

The four-fight telecast will also feature Brandun Lee against Will Madera, plus Alberto Puello against Batyr Akhmedov and Roger Gutierrez against Hector Garcia.