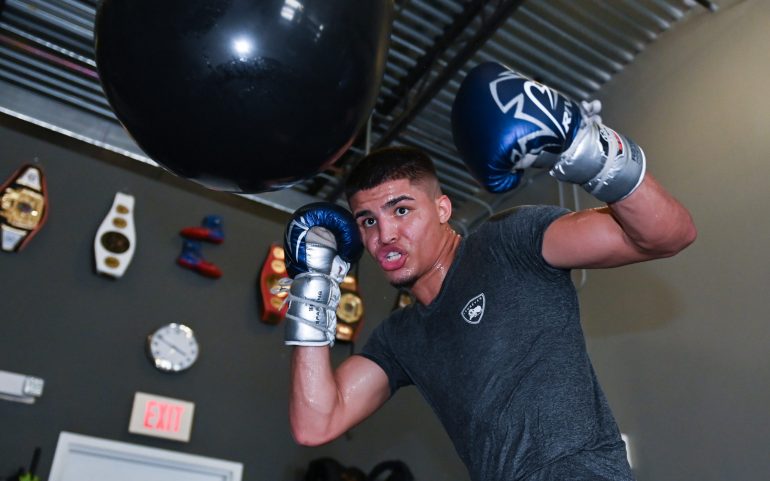 Back in June, Zayas was scheduled to take on Ravshan Hudaynazarov at Hulu Theater at Madison Square Garden in a card he would co-headline with Edgar Berlanga as part of the celebrations of the Puerto Rican Day Parade in New York City.

Instead, he had to sit that one out due to a non-COVID respiratory ailment, and now he gets ready to take on Elias Espadas (22-4, 15 knockouts) as co-main event of the Teofimo Lopez-Pedro Campa card that will take place this Saturday, August 13 and will be broadcast live on ESPN, ESPN Deportes and ESPN+ at 10 p.m. ET/7 p.m. PT from the Resort World Las Vegas.

“It was something that didn’t let me swallow or breathe,” said Zayas (13-0, 9 KOs) in a phone interview, describing the mysterious condition that sidelined him in June. “My body felt really tired and I couldn’t function at all. My team decided that it wouldn’t be healthy for me to get in the ring, and I accepted that. At first it was very tough to accept that, but I also know that this is part of the job, part of my growth, and one has to grow slowly, step by step going forward.”

Missing on all the momentum that the fight would have created for Zayas was a tough blow, but more so for the many fans who want to see him become the next big thing in the long tradition of that boxing-crazy island.

“That fight meant a lot, not only to me but for all the boricuas. Everyone in the island was expecting that fight. But it was not in my power to do it. And I know people will await my fight on August 13 with the same expectation, to see me win and get another victory for my people.” 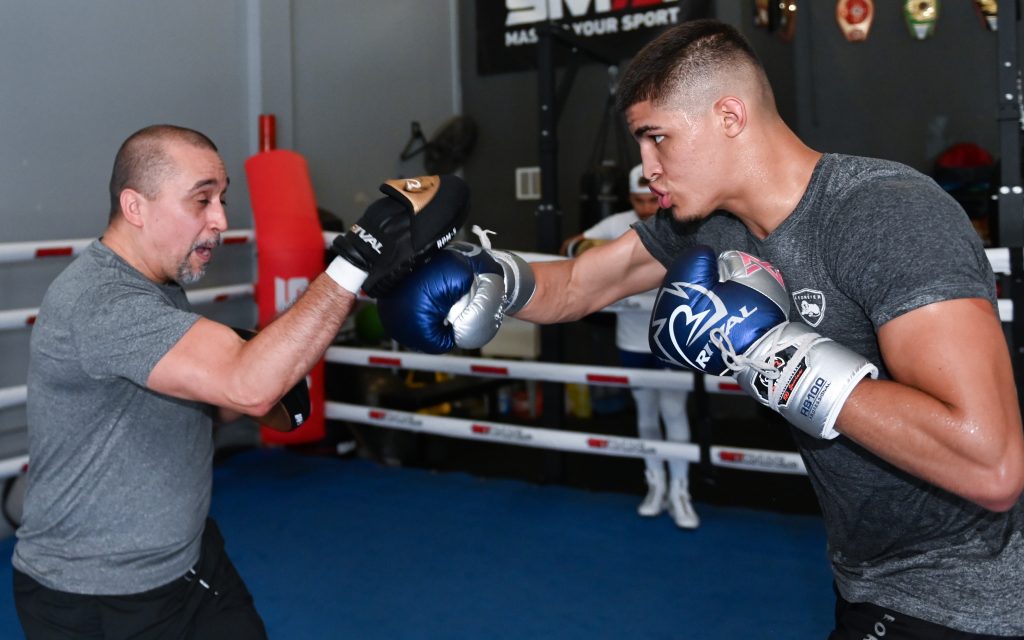 Making a list of the next great possible Puerto Rican boxing hero certainly brings a lot of heartbreak to mind for those eager fans. One by one, people like Thomas Dulorme or Felix Verdejo ended up missing that train, and the emergence of any new young talent with a venomous punch and a golden smile always brings back the memory of the great Tito Trinidad, along with the question of who is going to be next in that lineage.

Zayas would love to walk on those shoes one day, but he’s not confusing a dream with a post-dated check at this point. He takes his own road one step at a time, always focused on what brought him this far.

“What makes me different is that my hunger is still there,” said Zayas. “It’s the same hunger I had from day one. My goals are the same since day one, and my family and my team keep me on track towards that goal since then. That’s not going to change in my career. For some reason, those fighters couldn’t get to the next level or where people thought they would be, but I am still focused on my same goals and my hunger is always driving me.

“Knowing where I come from is what keeps me focused. Knowing all the sacrifices that my family made to bring me to this point. Keeping all that in mind and knowing that I am not even halfway where I want to be, that’s what keeps me hungry and motivated. That’s what’s going to open the doors towards bigger things for me in boxing.”

Getting his people behind him in this effort will require him to fight in front of his home crowd more often. So far, he’s only had one fight as a pro in Puerto Rico, but he aims for more in the near future as he closes in on his dream title bout.

“Of course, I feel the need to do that. I need to go back there and fight. I did it only once, in my third or fourth fight, and the energy I felt at that moment was big, it was huge. And I imagine it now, I imagine coming back and putting on a show for my island of Puerto Rico. We want to do it, it is in our plans for the future, but I am confident that it can be done and it will be done.”

When (and if) it happens, his local fans will probably see a brand new Zayas in action. The island’s superb boxing school relies on a more technical approach, the same one that has produced people like Wilfred Benitez and so many others. But in moving to the US, Zayas had to incorporate other elements that have only added a bigger dimension to his style.

“In Puerto Rico, you have to box more. Using the ring, the angles, the sides. Here you need to be more aggressive,” said Zayas, who moved to Florida soon after signing with Top Rank in order to further his career. “When I came to the States I needed to learn that, and it helped me decide when to box or when to be more aggressive, when to apply my speed or my power. I think it’s a great combination that I have now, it makes me a better fighter and it keeps adding levels to my game.” 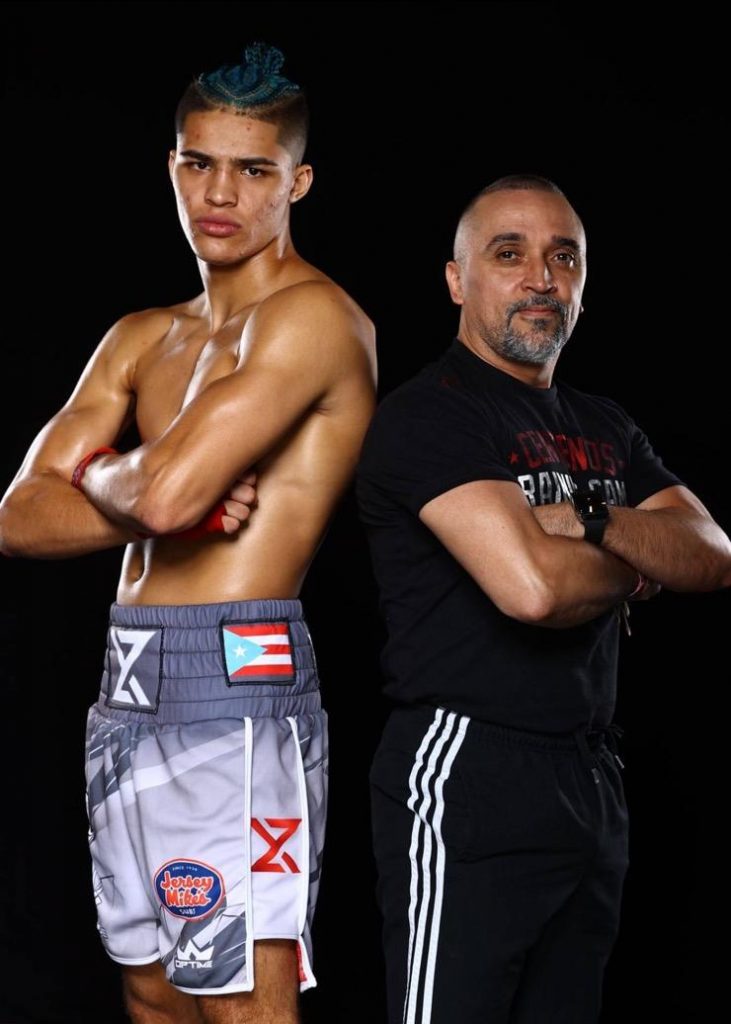 Being the youngest prospect ever to sign up for a pro career with the Las Vegas-based promotional outfit had its drawbacks as well. The lack of a solid, long amateur career could have been a factor to consider, but Zayas felt he had already cleaned up the competition in a place where the level of opposition is consistently high.

“The amateur experience is important, but I did manage to fight the best fighters in the island at that time. There were no easy opponents there. That is what took me to the next level. And even back then I was sparring with top professional fighters, guys who always put pressure on me. People who teach me how to get to the level they are. And I believe that this is one of the most important parts of my career, being focused and learning that there’s no limit to what I can do in this sport.”

Limits or not, there are roadblocks in Zayas’ career, and the most immediate one is upon him. With all the worries and problems linked to his cancellation already in the past, Zayas believes he’s more than ready for the challenge.

“We are ready for August 13. We have made all the adjustments we needed. We know our opponent. We know that he comes motivated and ready to fight. He’s gonna get the best of us. Truly, the fact that my last fight was cancelled was an opportunity for me to keep improving, and I am going to show that on August 13.

“(Espadas) is a Mexican warrior, a veteran of 26 fights. He has fought many times in the 8 or 10 round distance, so he’s been there before. I know him and he’s a great guy outside the ring, but there are no friends in this business. On August 13 it’s me and my family against his, and I will do everything in my power so that my family can stay afloat. He comes to fight very motivated, it’s a great opportunity for him and for me. But I know when to seize my opportunities, and this will be no exception.”

With a co-main event against an experienced foe coming up, a world title bout seems a distant dream at this point, but Zayas has already mapped out a plan to get there, and feels he’s on the right track.

“I am all about my August 13 fight, but I am sure that by the middle or end of 2023 I should be in the conversation for that fight for a world title. That’s what we are planning and looking forward to. We are working hard to make it become a reality.

“I am not going into this fight with any kind of pressure of trying to learn something. If I can knock him out in the first round, I will. I am here to follow my corner’s advice and to take the victory, regardless of how it comes. The only thing that I can tell you is that I will come out victorious. I will tell you after the fight whether my expectations were fulfilled.”