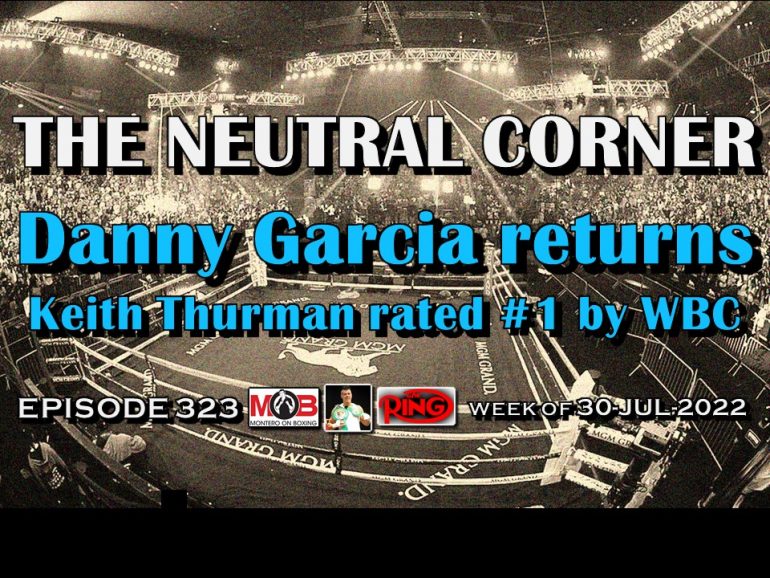 On episode 323 of The Neutral Corner boxing podcast, host Michael Montero gave his thoughts on some questionable ratings updates from the World Boxing Council (WBC).

Despite losing his last two fights in dominant fashion, Deontay Wilder is somehow rated No.1 at heavyweight by the WBC. Even more bizarre, Keith Thurman is currently No.1 at welterweight. The Florida native has fought just twice in three years and has not defeated a highly-ranked welterweight in more than five years.

NOTE: there will be no TNC next Monday, August 01 as Montero will be on vacation. The show will return the following week.

On Saturday, July 30 in Minnesota, former junior featherweight title holder Isaac Dogboe beat Joet Gonzalez by split decision. The featherweight bout headlined a Top Rank show that was broadcast live on the ESPN+ app. In the co-main, lightweight prospect Giovanni Cabrera improved to 21-0 (7 knockouts) with a UD10 win over Gabriel Flores Jr, who has now lost two of three.