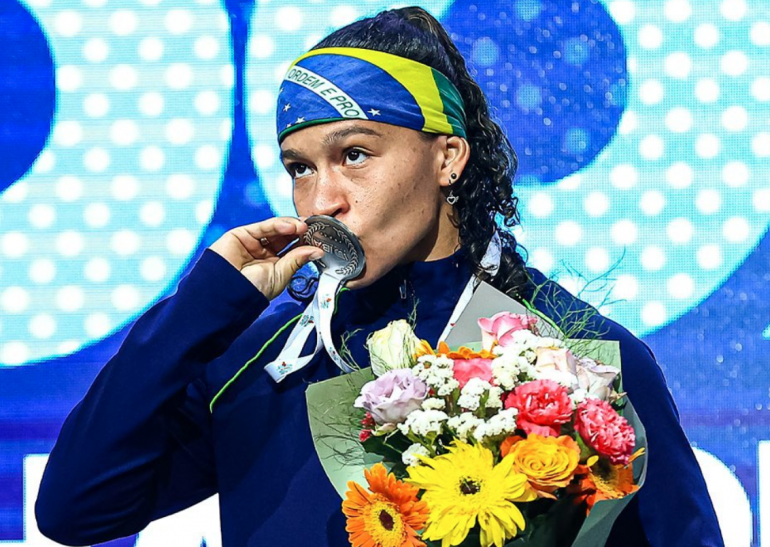 The 29-year-old, who resides in Salvador, Brazil, is grateful for the opportunity and will attempt to win multiple world title belts as well as win a gold medal at the 2024 Olympic Games.

“Today is truly a very special day for me,” said Ferreira. “I’m so excited to be turning professional and to sign with the best in the business, my manager Brian Peters and promoter Eddie Hearn and Matchroom. I can’t wait to have my (pro) debut and to be involved in big fights and have people all over the world follow my journey on DAZN.

“It’s a big challenge for me and an exciting new stage in my career but I’m also really happy that I can continue to live my Olympic dream. I plan to win gold at Paris in 2024 while also winning many world titles as a professional. I’m more determined than ever to succeed at the very top of this sport and I can promise the fans a great show every time I step in the ring.”

“Beatriz is one of the most ferocious pound-for-pound fighters I have ever seen come through the amateur system,” said Hearn. “She is going to absolutely light up the professional scene and become a huge star of the sport. If you have been around or watched this talent, then you know exactly what I’m talking about.”

Ferreira will attempt to find success as a prizefighter while training alongside stablemate and undisputed Female lightweight champion Katie Taylor.

After successfully navigating through the amateur ranks, Ferreira became a three-time Pan-American champion (2017, 2018, and 2019) and a 2018 South American Games gold medalist. She won a silver medal as a lightweight at the 2020 Olympic Games in Tokyo, losing in the final on points to Kellie Harrington of Ireland.

No word yet on when specifically Ferreira will make her pro debut.