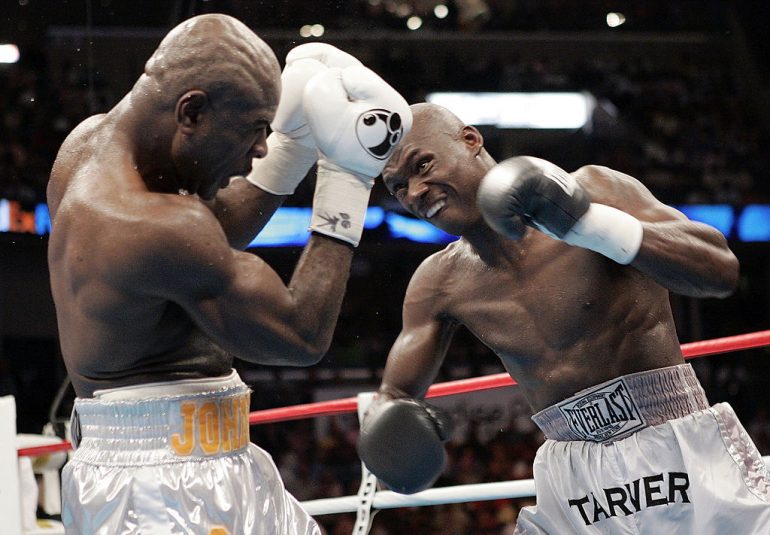 Photo by Chris Graythen/ Getty Images
18
Jun
by The Ring

“If at first you don’t succeed, try, try again.”

On June 18, 2005, in a direct rematch, Antonio Tarver scored a 12-round unanimous decision over the criminally underrated Glen Johnson at the FedEx Forum in Memphis, Tennessee, regaining the Ring light heavyweight championship in the process. The official scores were 116-112, 116-112 and 115-113.

At that time, Tarver (23-3, 18 KOs) had the distinction of having avenged all three of his setbacks. Eric Harding broke his jaw and outpointed him in June 2000, but was dominated and stopped in the fifth round of a July 2002 rematch. Roy Jones Jr. scraped through on a controversial majority decision over Tarver in November 2003, only to be spectacularly knocked out in two rounds seven months later.

That narrative continued in the Johnson sequel. Not only was Tarver motivated to avenge the defeat he’d suffered at the Staples Center in Los Angeles in December 2004; he didn’t feel that he’d lost in the first place. This perceived injustice had lit a fire under the Florida star.

“I didn’t lose the first fight,” Tarver told The Ring years later. “There’s no way in hell any competent judge can give Glen Johnson the 11th or the 12th rounds – I won that fight. I took some shots, but I was never hurt, fought back and landed all the big bombs. I tore his ass up. In my career, I always had to do more than what is normally expected from someone. I shouldn’t have to do that – just judge the fight fairly.

“I came with more focus in that second fight and I beat him at his own game. I stayed in the center of the ring, I didn’t run, I fought, and I tore his ass up again.”