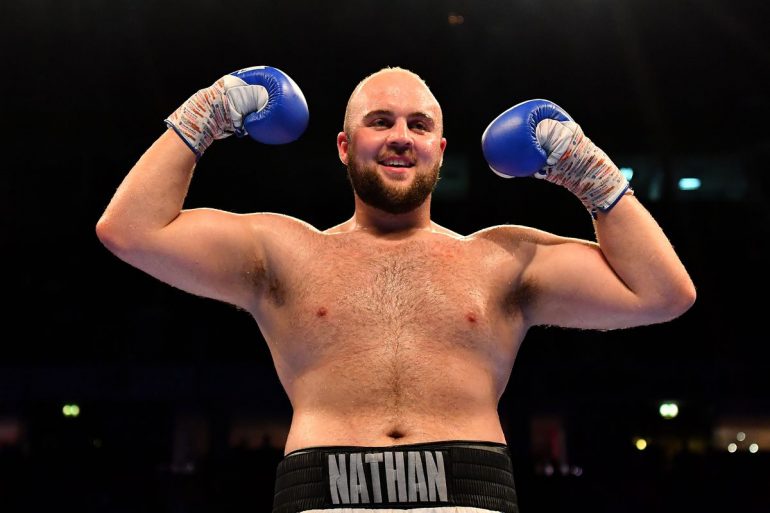 Nathan Gorman improved to 19-1 (13) with a rapid win over outgunned and overmatched Tomas Salek.

Gorman meant business from the start and opened up with a double left hook.

He then started getting his jab going, working the body and then flood the Czech with an overhand right. There was very little coming back from the visitor and Salek went down again, this time Gorman put a left hook in behind a right hand. Salek, now 17-4, tried to stand but looked dazed, wobbled badly and referee Steve Gray waved it off.

It was all over at the Echo Arena in Liverpool after 81 seconds. Tyson Fury was watching on from ringside. Gorman is a cousin of the heavyweight champion and Nathan won for the fourth time since a one-sided loss to Daniel Dubois in 2019.

Kelly picked up a cut over his left eye but wants to box again at the end of July as he made his return from the only loss of his career, to David Avanesyan in February 2021.

Kelly came on strong in the third, banging away with both hands and having things almost entirely his own way.

Kramer’s face was becoming messy in the fourth, though he landed a right hand that momentarily deterred Kelly but it was only a brief respite because Kramer was on the brink of being stopped moments later, pouring on the pressure with left hooks, right hands and stepping around Kramer to work away with uppercuts,

After 2-31 of the round, referee John Latham called off the Kelly assault.

“It’s nice to be back,” said Kelly. “it’s been 15 months since I’ve been out. The next step is to keep busy. Inactivity can kill somebody. There are a few things I need to work on, I got clipped by a couple of shots which won’t be happening again.”

Promoter Kalle Sauerland believes he has a future super-welterweight champion on his hands but he will need far stiffer tests and meet much better fighters.