Tyler Tomlin: I want to announce myself as another unbeaten lightweight 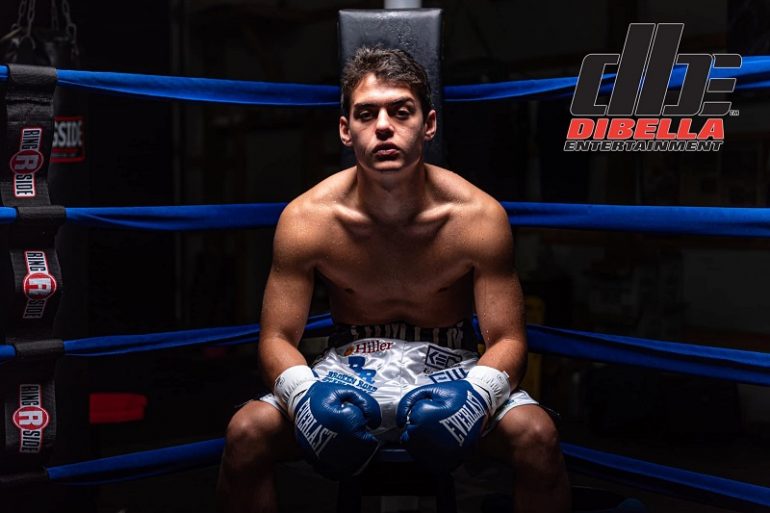 Tyler Tomlin has the rest of his career to be the best fighter he can be. For now, he just wants to showcase his skill-set and demonstrate how much he has improved over the last several months.

The Tomlin-Thonson fight is a clash of unbeatens in which the winner becomes a legitimate prospect in a talent-rich lightweight division. For many unbeaten pugilists, fighting on a significant platform like ShoBox could be overwhelming but not for Tomlin, who has been waiting for a moment like this.

“I think we’ve done a good job of preparing seriously for each fight as though we waited for this moment,” Tomlin (13-0, 9 knockouts) told The Ring, Tuesday afternoon. “We knew we would get this call. We were always preparing as if we were getting ready to fight a contender. I feel that extra motivation.”

Tomlin will face a fighter in Thonson (10-0, 7 KOs), who resides in Broussard, Quebec, Canada. The 30-year-old Thonson has displayed more aggression and power in recent fights, having stopped four of his last five opponents.

Over the last year or so, Tomlin has also displayed knockout power, stopping his last four opponents, including Charlie Serrano in his most recent bout on February 5. Between the two fighters, Tomlin believes he’s more talented and is confident he can be victorious Friday night.

“[Thonson’s] a good boxer,” said Tomlin, who is promoted by Lou DiBella. “He has a good jab and can fight but I believe that I’m faster and I have fought tougher fights. I will put that all on display when we step inside the ring.”

Tomlin has benefitted from sparring talented and top fighters over the last several years, whether they were contenders or prospects.

“Years ago, I came up sparring Austin Trout,” said Tomlin, who made his pro debut in May 2019. “I flew [unbeaten lightweight prospect] Andres Cortes out [to where I live and train] and got great work with him. For this fight, I’ve been training in Tampa [Florida]. I’ve been sparring against four or five guys, all fighters starting out as pros. 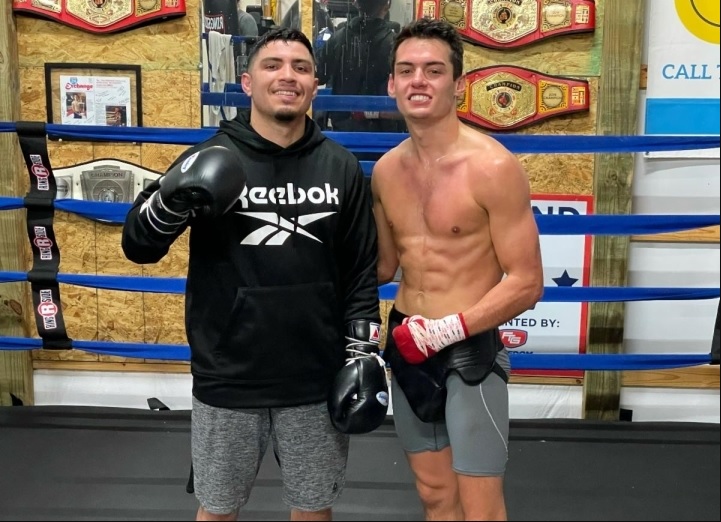 “The fact that I was sparring experienced guys in my early years was to get tested and to get better. I think in the last two fights, you can see how much I’ve improved and don’t have that stage fright, so to speak. I’ve been waiting and getting ready for this television platform.”

Tomlin has seen young lightweights move up the division ladder, including newly-crowned Ring Magazine lightweight champion Devin Haney and unbeaten contenders Gervonta Davis and Ryan Garcia. While a possible fight against these fighters is still a year or two away, Tomlin does get excited and motivated to propel himself to contender status and potentially face any of them.

“The thing with ShoBox is that it propels you to the next level,” said Tomlin. “We want that opportunity. This is my first big test, so we want to make the most of this situation. Getting what you ask for, now you have to perform. We want to go from unknown to known prospect, then to contender.”

The 22-year-old Tomlin resides in Ashland City, Tennessee, which is about a 30-minute drive west of Nashville. The town and surrounding area have revolved around Tomlin, many of whom were included in a sold-out crowd at Austin Peay State University, in nearby Clarksville, where Tomlin defeated Serrano.

Tomlin wants to continue building his fan base and believes he and former IBF super middleweight titleholder Caleb Plant can work together and co-headline fight cards in the future.

“I want to continue putting Tennessee on the map. We have a great fan base here. They’ve seen me grow up. We want to show everyone in boxing that this area supports the sport. I would like to be the next in line after Caleb and to be able to fight on the same card would mean a lot to us.”

Both fought on the same card in Nashville, Plant’s hometown, in February 2020.

As far as Friday night is concerned, Tomlin would like to send a message to the lightweight division.

“I do want to secure that win but if [Thonson’s] hurt and I smell blood, I’m going in for the stoppage. The 135-pound division is good. I want to prove that I’m an improving fighter on the rise. I want to take advantage of these big opportunities. I want to announce myself as another unbeaten fighter in this division.”