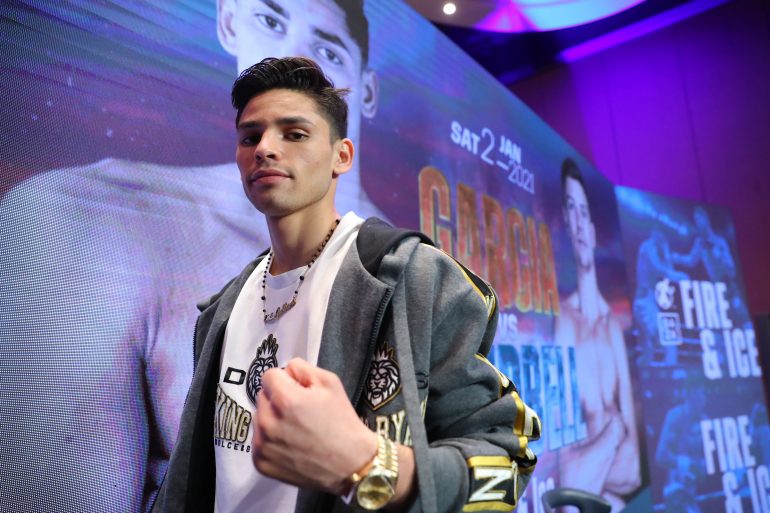 “If there is any doubt I was hesitant to fight Fortuna a year ago, that will all be made clear after our fight,” said Ryan Garcia. “This was the fight I wanted and now it’s time. I am so grateful to my friends, family, and especially my fans for their support. I have never felt better, stronger, and more motivated. It’s time to silence all the doubters and it starts on July 16.”

“This is going to be a very exciting fight. I know it didn’t take place last year like originally announced but I hope that this time it will be real so that I can offer a good show to the public,” said Javier Fortuna. “I feel very happy with the work that I have been doing with my promoter, Sampson who has been trusting me since the beginning of my career. I will prepare 100% to win my fight. I trust my team now more than ever and have full confidence in my coach Belvin García, who I consider my family. Together, and with God on our side, I know we will hold up our hands high in victory on fight night.”

“It’s time to show the world Ryan Garcia as an elite level fighter,” said Oscar De La Hoya, Chairman and CEO, Golden Boy. “This fight against Javier Fortuna will not only be a tough fight, it will show the world how talented he is.”

“What a month we have had on DAZN and what a fight this will be!” said Ed Breeze, EVP Rights at DAZN. “This is an absolute cracker featuring one of the brightest talents in the sport in Ryan Garcia against a two-time world champion in Javier Fortuna. You do not want to miss this on July 16th! Watch live and exclusively worldwide on DAZN.”

After a spectacular performance against top-ten lightweight contender Emmanuel Tagoe in April 2022, Ryan Garcia proved he still is a force to be reckoned with in the lightweight division. Originally scheduled to face Fortuna in July 2021, Garcia was forced to bow out of the event due to mental health struggles. However, he has defeated almost every top contender via knockout, including a seventh-round stoppage of 2012 Olympic gold medalist Luke Campbell in 2021. His amazing undefeated career with 18 knockouts inside the ring, including his spectacular shutout performance against Emmanuel Tagoe has earned him a spot as one of the lightweight divisions top stars of our time. Now, the 23-year-old, undefeated lightweight sensation is on a mission to prove he has what it takes to defeat the division’s elite.

Ranked in the top 10 of the lightweight division by ESPN.com, the WBC, and The Ring Magazine, Javier Fortuna is a dangerous lightweight contender with a lot to prove on July 16. Fortuna was last seen in a spectacular first round stoppage of Rafael Hernandez in Santo Domingo, DR this past February and will be looking to have another spectacular performance when he faces Ryan Garcia on July 16.