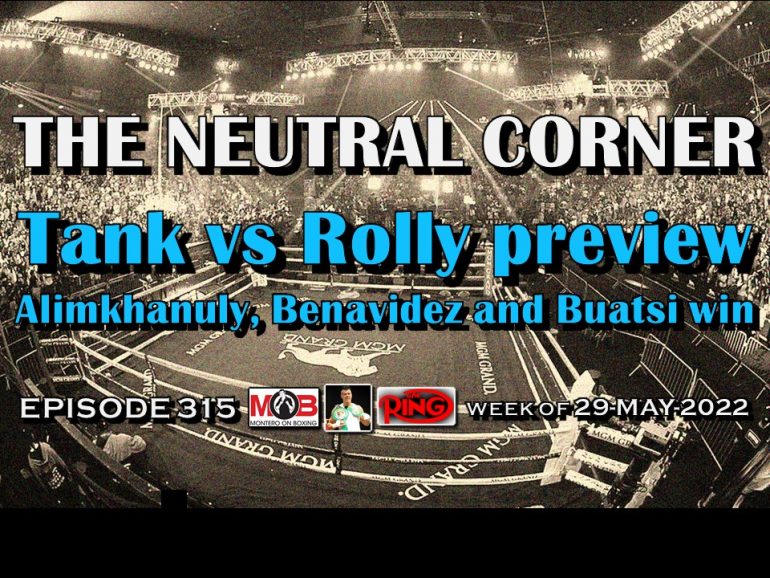 24
May
by Michael Montero

On episode 315 of The Neutral Corner boxing podcast, host Michael Montero highlighted the latest news, including Golden Boy Promotions and DAZN extending their partnership with a new multi-year deal.

Also, reports confirmed that the third fight between Canelo Alvarez and Gennadiy Golovkin will happen in September. The venue is yet to be announced, but the bout is on and will be streamed on DAZN PPV.

On Saturday, May 21, Janibek Alimkhanuly scored a KO2 win over Danny Dignum to claim an interim middleweight title. The bout served as the main event of a Top Rank on ESPN card. In the co-main, Jamaine Ortiz scored a UD10 win Jamel Herring in a lightweight fight.

In London, light heavyweight prospect Joshua Buatsi improved to 16-0 (13 knockouts) with a UD10 win over Craig Richards. The main event of a Matchroom Boxing card was streamed on DAZN.