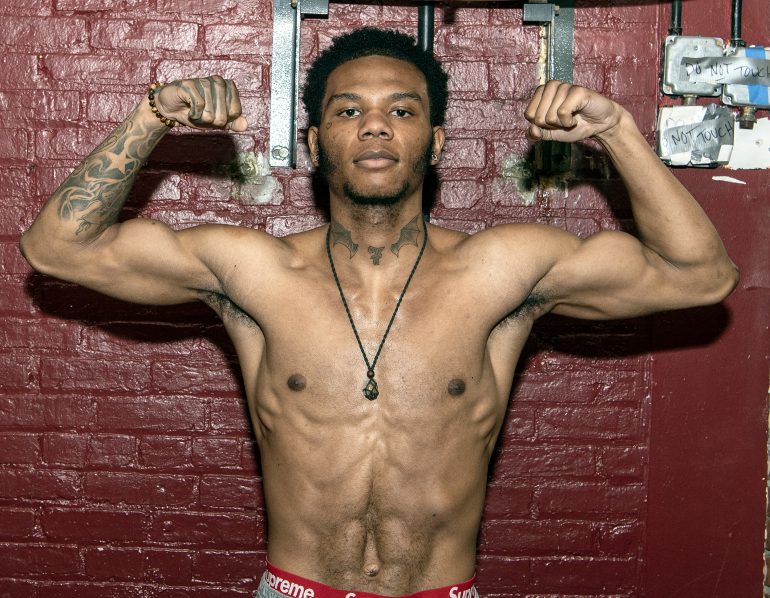 Kahshad Elliott clearly wasn’t worried about the health of his right hand, and what it’d be capable of, when he wrote the caption “First Degree” followed by a coffin after Friday’s weigh-in.

Elliott’s right hand didn’t give him any troubles, nor did it have time to, in a first round destruction of Tray Martin on Saturday at the Robert Treat Hotel in Newark, N.J.

“I used my jab, I let the power shots come to me and we caught a body tonight,” said Elliott (2-0, 2 knockouts), a Plainfield, N.J. native who had won ten national titles as a junior amateur.

Junior middleweight prospect Kahshad Elliot returns with a vengeance, scoring a brutal first round stoppage of Tray Martin (3-6) at the Robert Treat Hotel in Newark. Elliot (2-0, 2KOs) of Plainfield, NJ hasn’t fought since October 2020 due to a hand injury pic.twitter.com/FputLpMQgb

It was the junior middleweight prospect’s first fight since October of 2020, and his first fight since breaking his right hand in January of 2021. Elliott, 21, injured the hand after hitting a sparring partner in the elbow prior to what was to be his second pro outing. He hadn’t felt anything at the time, but it became apparent that something was wrong once the adrenaline wore off.

Elliott underwent surgery to repair his hand, but the rehabilitation process was far from seamless.

“The hospital was supposed to take care of it but they just put me in a sling when I was supposed to be in a cast so that left my hand deformed in a different way,” said Elliott, a promotional free agent who is managed by Split-T Management.

Elliott had to undergo therapy, plus strengthening exercises to get his hand back to normal. He was out of the gym for three months, and had concerns about how the injury could impact his career. He felt that many people had written him off and stopped inquiring about him in the year-plus since he’d been in the ring.

“It was a dark time for me. There was a lot on my mind mentally. I kind of thought that I wouldn’t be the same fighter again but I got through it with the help of my team,” said Elliott.

“We didn’t want to come back and have the injury keep reoccurring. So we took all the time we needed and got back to 100 percent.”

Now Elliott hopes to make up for lost time. Manager Brendan Segalas says he will definitely be back in the ring in August, though he may also sneak in a fight in July too.

“The next two fights hopefully I’ll get more rounds so I can show my skillset and you can see me move more fluidly,” said Elliott.