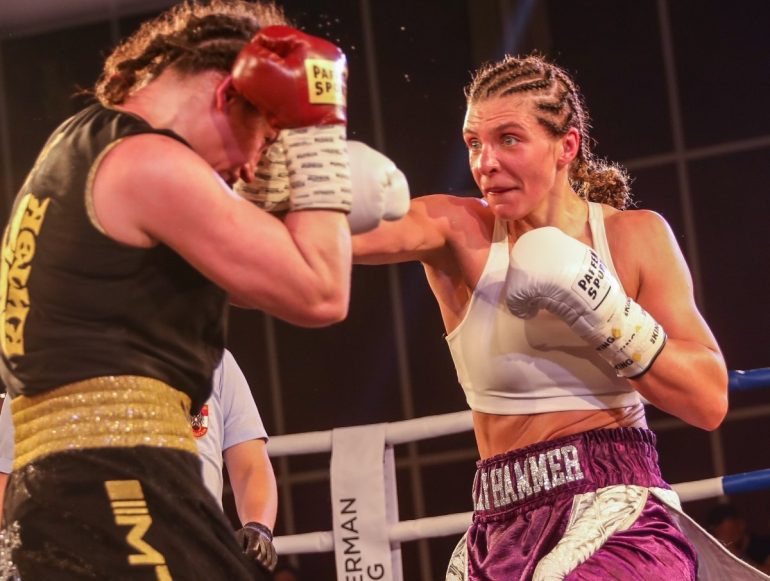 It will take a long time for women’s boxing to match the intensity of the Taylor-Serrano well-deserved hype, but some decent action has taken place this past week and some movements have been registered in The Ring’s women’s ratings, the first one of its kind as an independent divisional rating entering its second year of existence.

In the never-too-busy super middleweight division, Germany’s Christina Hammer notched a stay-busy win over Luiza Davydova over eight rounds. Already rated at No. 2 as a middleweight and No. 3 at super middleweight, not a whole lot of improvement was available to Hammer’s already lofty position, but the panel agreed that her performance and overall resume were good enough to warrant a promotion.

“It’s great to see Hammer back in the game and doing enough to show why she has been a champion,” said historian Malissa Smith.

Two fights in the junior featherweight division generated only one movement in the ratings.

France’s Segolene Lefebrvre defeated Spain’s Melania Sorroche decisively, but with two legends like Jackie Nava and Dina Thorslund hovering above her at No. 1 and 2 respectively, there wasn’t too much room for ‘Majestic’ to grow. She remained at No. 3, while a different situation unfolded a few positions below.

“I’m glad to see Shea active again,” said columnist Mark Jones, in reference to the return of Maureen Shea to the ring after a two-year layoff. Shea scored a win over battle-tested Calista Silgado and was immediately deemed worthy of a No. 5 rating at 122 pounds. Argentina’s Jorgelina Guanini was bumped out of the ratings to make room for Shea.

“Maureen Shea has always been a consistent battler, and even at 41, still has the energy and talent to go for a title,” said Smith, in agreement with the unanimous vote that placed Shea back in the picture.