Danny Gonzalez, a champ in life, has dreams of becoming world champ 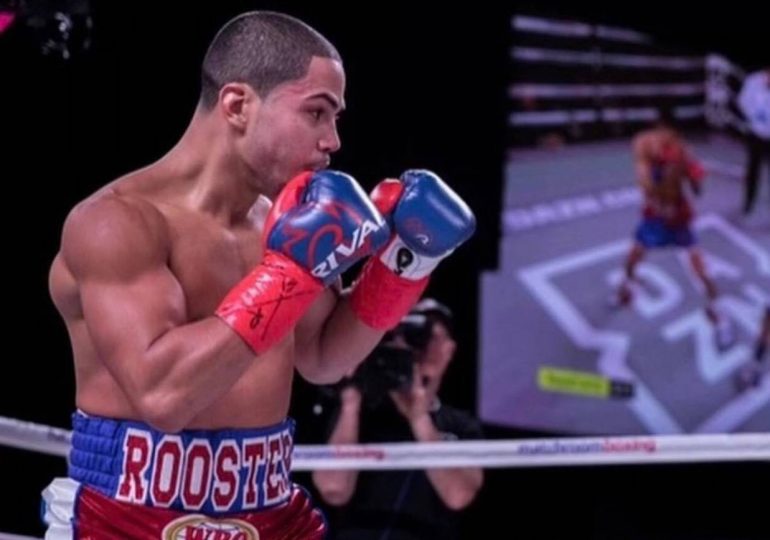 Photo from Team Gonzalez
03
May
by Ryan Songalia

Danny Gonzalez has had three learning experiences since turning professional a decade ago. That’s what he calls defeats, since he feels he learns far more from those setbacks than he does in victory.

His last fight, a majority decision loss to Petros Ananyan in October, was one particular fight where he learned more in defeat than he ever could have in victory. Gonzalez fought through a mask of blood for ten rounds, falling just short of a breakthrough win.

What could have been a heartbreaking moment became one which instilled greater faith in himself and that which he is capable of accomplishing.

“I had a couple cuts and it looked pretty bad. My mom came and told me, ‘Real men have scars. It shows they’ve been through something,’” remembers Gonzalez (20-3-1, 7 knockouts).

The 32-year-old junior welterweight looks to begin his rebuilding process this Saturday, when he faces Paulo Cesar Galdino (11-5, 8 KOs) in the eight round main event of a Star Boxing promoted show at Carnesecca Arena at St. John’s University in Queens, N.Y.

The venue isn’t too far from where he grew up in the Woodhaven section of Queens, or the Universal Boxing Gym in Ridgewood, where he still trains, 16 years after he first walked in the door to try out boxing. It’s a homecoming that has Gonzalez feeling sentimental about his tumultuous career in the ring. Despite all the ups and downs, like the decision loss to former WBO junior welterweight titleholder Chris Algieri in 2019, or his third round technical knockout loss to Danny O’Connor in 2017, Gonzalez believes he’s finished ahead in the sport.

“It might have been a little bit too early to fight those guys but I took the risk. I always believed in taking the risk. I don’t want to be those fighters that don’t fight nobody, fight 20 bums and build some bullshit career, and then when they get the first tough fight they get smashed out,” said Gonzalez.

Any suggestion that he’s anything less than a winner fails to account for just how far he’s come in life because of boxing. 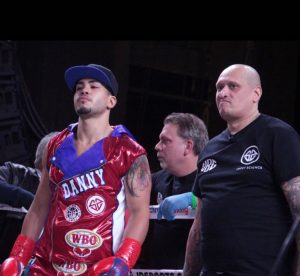 It was his mother who first suggested that he start boxing, hoping to trim the 250-pound teen to a healthy weight. Within three months, he lost 90 pounds and began competing as an amateur, boxing out of the 140 and 152 pound weight categories. He had approximately 100 fights, grinding out a career of winning minor titles while gaining valuable experience.

The transformation was far more stark for his older brother, who at his highest weight clocked in at 425 pounds. Gonzalez remembers his mother begging him to assist him in a life-saving campaign to reduce his weight after he was hospitalized for a week with diabetic complications. With his help, his brother eventually cut all the way down to 150 pounds, and even competed in about 20 amateur fights of his own.

“Boxing saved my life. They always talk about people dying in the ring and stuff, or how boxing did this to this old champion. But boxing also saves lives. There’s a lot of people dealing with mental issues, dealing with self esteem, being overweight and out of shape. This can kill people, diabetes and heart disease kill people,” said Gonzalez, who began his pro career at 14-0-1.

Now, Gonzalez hopes to duplicate the success he’s had with his health in the boxing world. A strong win would go a long way towards building him back towards another meaningful fight, even if he would have to come in on the “opponent” side. It would show his promoter, Joe DeGuardia of Star Boxing, that he’s someone worth investing more resources and efforts into.

Galdino, 29, of São Paulo, Brazil is a southpaw who has lost his only three times fighting outside of his home country, including an eighth round TKO loss to Jose Angel Rosa in his last bout in Argentina.

Moises Roman Jr., who has trained Gonzalez since he first put on gloves, expects Galdino to be awkward, but outgunned.

“[Galdino] looks the part, he’s the strong, athletic type but from what I gathered he doesn’t have much of a boxing IQ,” says Roman. “So basically on our end we are going to work on establishing the jab and throw lots of power shots to slow him down.”

Roman still believes in the fighter he helped win the battle of his life with the scales.

“We are on the road to become a champion no matter what. By all means necessary, we will get back to the big stage,” said Roman.

After his career, Gonzalez has plans to open up boxing gyms and other fitness oriented businesses, to promote the wellness that he has achieved through healthy life practices. Still, he feels he has unfinished business, which continues on May 7.

“I don’t feel like I’m satisfied with what I’ve done in this sport but I definitely feel like I’m a winner. People never believed that I would fight in the Barclays or at Madison Square Garden, or all around the world. I’ve done it all for a little fat kid from Queens that no one believed in,” said Gonzalez.

“I feel like a winner but I want that world title. I want that payday and I want to change my family’s lives.”