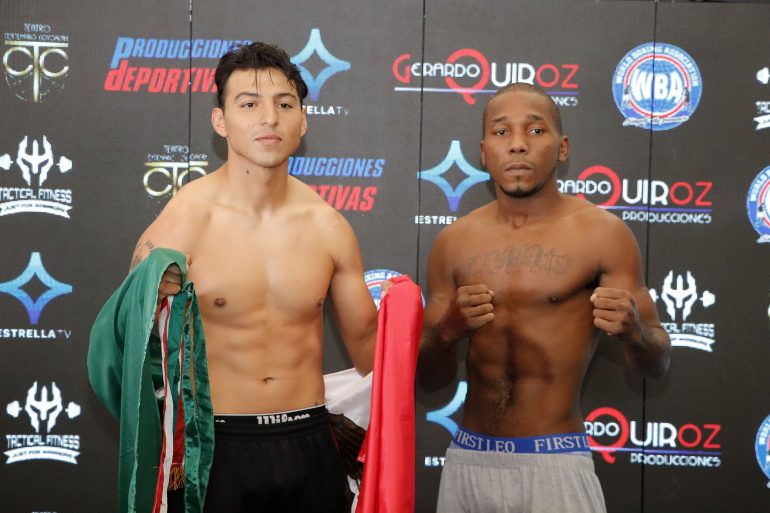 Junior middleweight prospect Diego Carmona will square off against Alberto Mosquera Friday night at the Foro Centenario in his hometown of Mexico City. The 10-round bout will air live on EstrellaTV (9 p.m. ET/ 6 p.m. PT).

“Diego is a very talented fighter and has done very well in recent fights,” Maldonado told The Ring earlier this week. “We believe he is ready to face the likes of Alberto Mosquera, who will be a strong test, but we are confident that Diego can do well Friday night.”

Carmona (11-1, 9 knockouts) last fought on December 17, knocking out Luis Ramos Toala in the opening round. His only setback was a knockout loss to Christian Gomez in December 2019.

The 23-year-old has defeated three unbeaten fighters, but will take a significant step-up in opposition when he faces Mosquera, who resides in Curundu, Panama.

Mosquera (27-4-2 1 NC, 16 KOs) defeated once-beaten Abel Mina by unanimous decision in his last bout on October 15. He has won his last two fights since a decision loss to unbeaten welterweight contender Rashidi Ellis.

The 35-year-old suffered two setbacks in 2014, losing by knockout to both former world title challenger Charlie Navarro and to fringe contender Sammy Vasquez.

Jorge Ascanio (6-0-1, 5 KOs) will square off against Gerardo Mendez (3-1-1, 1 KO) in a six-round clash between junior featherweights who reside in Mexico City.

Featherweight Takumu Hosooka (2-0, 1 KO), who is originally from Japan and now lives and trains in Mexico City, will face Mexico City’s Leonardo Vargas (4-1, 1 KO) in a four-round bout.

Kentavias Slay (2-0) of Mesquite, Texas will square off against Erick Fuentes (2-2) of Mexico City in a four-round flyweight bout.