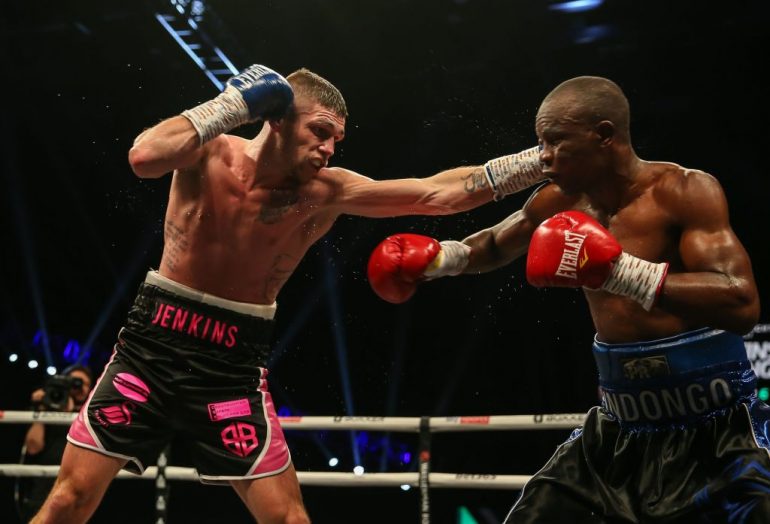 Lockett was surprised that members of the press had Indongo ahead at the end and said that while some rounds were close, it was undeniable who deserved the decision when the fight was over.

“On the night, I thought we lost the first [round],” Lockett explained. “That was the plan, to have a little look, don’t do anything stupid, walk into any shots or get cut. Let’s see what he’s going to do, because we didn’t know if he was going to come over and just try to survive or we didn’t know if he was going to come out of the blocks like a bat out of hell. So, after the first round when he came back to the corner, I said, ‘Let’s try to gauge it and see what he’s all about. Let’s tire him out. Let’s walk forwards, not gung-ho taking stupid shots, side to side, using the jab on the way in, getting your feet close and letting your shots go in twos and threes, when he tries to escape, side-to-side just track him, get your head on his chest and tire him out.”

“He [Indongo] never won the fight,” Lockett continued. “If Indongo won rounds, he won close rounds. Some of the rounds Chris won he almost beat him up in a way, landing with good body shots and counter hooks.”

Lockett was happy with the success Jenkins, who won 78-75, had from the southpaw stance but, more than that, he was just happy that Jenkins got to win and perform on Sky and that he took his chance.

Jenkins has endured a frustrating spell in his career and Lockett said of the fight, if not the outcome: “It’s the first bit of luck we’ve had for a while.”

Jenkins, 23-4-3, who suffered a heavy eighth-round stoppage loss to Ekow Essuman last July, has put himself in line for another good fight on Sky and Boxxer have plenty of welterweights at their disposal, including Florian Marku.