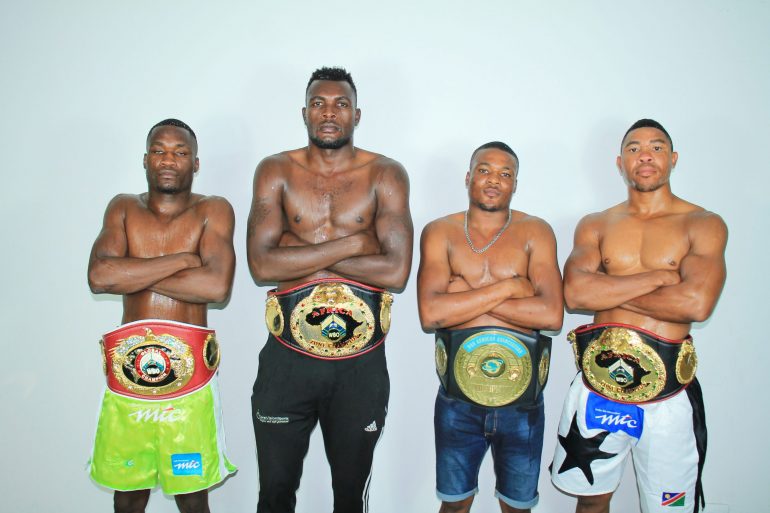 The world has been impacted hugely by COVID-19 over the past two-years. In boxing we have seen a vast drop off in shows.

Namibia, a country in the southwest of Africa, is more famed for its wildlife, however, over the years they have produced more than their share of talented boxers.

Three of the four aforementioned Namibian champs were nurtured and developed at the MTC Nestor Sunshine Gym. However, it has been a difficult period for the sport in Namibia.

“The pandemic has affected us badly in the last two-years,” Nestor Tobias of MTC told The Ring. “With all the lockdowns, sports had a stop star rhythm depending on the number of cases in our country.

“For most part we could not do any fights and in some cases we could do fights but with no fans which obviously affected our income a lot seeing that we already don’t have the luxury of TV rights income as promoters.”

To his credit, Tobias has been able to keep his stable active, albeit under difficult economic constraints.

“We have remained positive and kept boxing active under the circumstances,” he said. “We did three shows last year and our first show for 2022 is scheduled for March 19, 2022 that will see three of our WBO continental champions defending their respective titles.

“We are definitely heading either to the UK or the USA very soon for a big-name fight with [Jeremiah] Nakathila. Our regional champions will continue to defend their titles as we build them towards becoming world-class boxers.”

Tobias is optimistic about the future of the sport in his homeland and believes he has other potential world champions in his midst.

“We still have Jeremiah Nakathila who is in top form and highly-rated under the WBO and we will soon make another big fight announcement for him.

Time will tell but history has shown what Tobias is able to achieve on a shoe-string budget.