Liam Williams believes he has the power to stop Chris Eubank Jr. 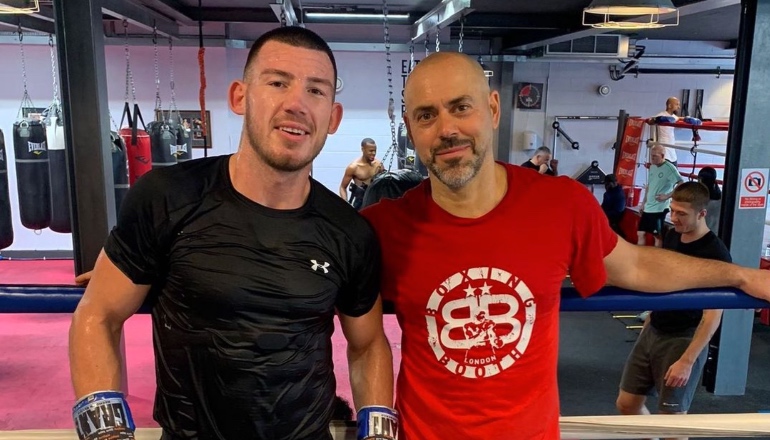 Hard-nosed boxer-puncher Liam Williams will face domestic rival Chris Eubank Jr. in a scheduled 12-round middleweight contest at the Motorpoint, Cardiff, Wales on Sky Sports at 7pm on Saturday.

“I just think it’s a very exciting fight, I’m absolutely buzzing for it,” Williams (23-3-1, 18 knockouts) told The Ring. “This is a really good opportunity for me to re-break out there. I know I’ve had some big fights before but I think Chris is a good name to put on my record and I think people will sit up and really take notice and I’ll be in some big fights afterwards.”

Despite the two regularly jawing back and forth on social media, Williams recognizes Eubank’s ability.

“I do rate him, I think he’s a good fighter,” said Williams. “He’s got a lot of strengths; he’s also got some weaknesses. He’s got a good engine, good punch-output, he’s very tough and has a good chin but it’s nothing I haven’t come up against before and I honestly think I’ve got the tools to do the job.

“There’s things I can work towards in terms on breaking him down and getting that edge over him. I’m sure he’s seen things he thinks he can exploit with me but it just depends on who turns up on the night with the best plan and who sticks to it.”

In his previous fight, the 29-year-old Welshman came up short against Demetrius Andrade (UD 12) in a WBO middleweight title attempt last April.

“It wasn’t my night,” he said honestly. “It wasn’t my best performance but nonetheless, I came up against an extremely good operator, and credit to Andrade, he did what he had to do being the champion he is. There’s no grumbling from my side, I lost to the better man on the night, so, fair play to him.”

After some time out Williams decided he needed to change his team after feeling stale in his Sheffield training camp with Dominic Ingle and switched to Adam Booth and is now based in Redhill, on the outskirts of London.

“It got to the point where I wasn’t enjoying my training very much and it started showing in my performance,” he said. “I was having certain spars and thinking, ‘I’m shot to bits, I’m not very good anymore.’ I didn’t know what was going on and I realized, it’s my surroundings. I haven’t been happy here for a while. Instantly, in my first spar in Adam’s gym, I was back to myself. It was a case of having a fresh, clear mind.

“Adam’s 100 percent, by far, the best coach I’ve ever been with. He breaks things down, technically he gets everything bang on. He reads everything so well and breaks everything down. He’s an unbelievable coach.”

The new union had been due to face Eubank Jr. on December 11. However, an old Williams injury flared up, forcing the fight to be postponed.

“It was the shoulder, I had the operation on my shoulder not long after the Andrade fight,” he explained. “It was a niggle and would have affected my training in the last few weeks we had left. Why would I push through that for a big fight? For the sake of a couple of weeks push back. I have to be 100 percent in this fight.”

Although there was an initial frustration, he feels the extra gym time with Booth will have helped him.

“In a way, it was all a bit of a blessing,” he said. “People seem to think it was a strategic move to bide myself time, it genuinely wasn’t. What happened happened. I’m not even disappointed, it worked out for me.”

And he expects to show the results against Eubank Jr. on Saturday night.

“It does mean a lot because it’s going to push either one of us on to really big things,” he said. “I just think, it could be a hard 12-round fight but I also believe I do have the power to stop him. I think, I win and I will do whatever it takes to get that win.”

Eubank Jr. turned professional in 2011. With minimal amateur experience Eubank Jr. learned on the job as a pro before narrowly dropping a decision to the much more experienced Billy Joe Saunders (UD 12). The son of former two-weight world champion Chris Eubank Sr. stepped up to 168 pounds and bested Arthur Abraham (UD 12) and Avni Yildirim (KO 3), before dropping a decision to George Groves (UD 12) in the WBSS.

He bounced back with a win over former IBF 168-pound title holder James DeGale (UD 12) and has since dropped back down to 160 pounds. The 32-year-old has added boxing legend Roy Jones Jr. to his team as a trainer and won three fights to take his record to 31-2 (23 KOs).